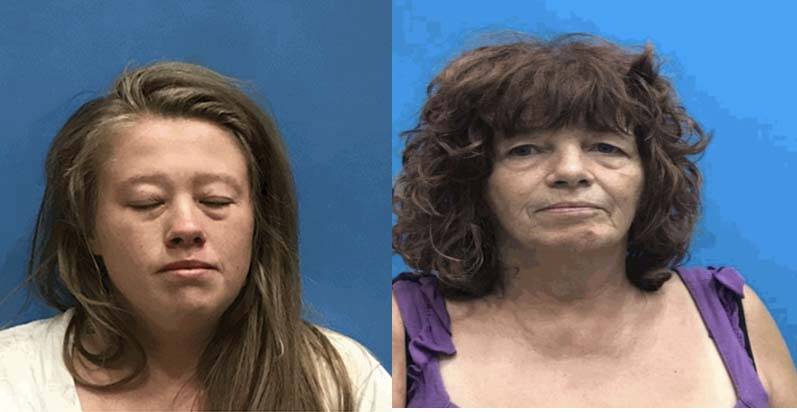 As stated in a sheriff’s office news release on June 13 at approximately 10:05 a.m., deputy Landen Rowland was dispatched to a residence to check on the welfare of four juveniles.

The caregivers at the residence, identified as Andrea and Nastaschia Rickman told the deputy that they share supervision of the children.

Upon entering a property, Rowland noticed metal cans, wooden planks, gardening tools, and other trash and objects that could prove to be dangerous to unsupervised children.

“In front of the entrance of the main residence, I observed a grill with a knife on it and a box of bullets well within arms reach of children,” the report stated. “While conducting my welfare check, one of the children grabbed that knife and began to walk away with it.”

After entering the house, Rowland said he observed rotten food on the doorsteps, along with splintered wood with nails sticking out of it, while in the entrance, there were several extension cords running throughout the house.

“Some of those extension cords, along with other electrical wiring were exposed and frayed,” Rowland’s report noted. “The deck of the house was littered with trash, trash bags, tools, choking hazards, dirt, children’s toys, and wiring, the residence was also infested with flies. The living room was caked in dirt and also infested with flies. I observed trash everywhere, rotten food, more electrical cords and wiring, as well as diapers.”

“Placed on a chair in the kitchen was a blue crate full of knives and utensils,” he said. “I observed more electrical cords and wiring throughout the house. In the hallway there was more trash, flies, dirt, choking hazards, and electrical cords. I observed a knife in the hallway on a shelf that was easily accessible to all of the children.”

“There was also a large macaw that Andrea informed me that bites and is mean, however it was not inside of a cage,” according to his report. “As I was walking throughout the house, both suspects were antagonizing the children and told them that they are the reason the cops are there because they make messes and don’t clean up. During my investigation of the welfare check, a juvenile handed me a knife, a wrench, and two wooden planks with nails exposed in them. All of the juveniles were dirty and had dirt all over their clothes and one was completely naked with no diaper on him.”

As a result of the investigation, Andrea and Nastaschia Rickman were charged with four counts of child abuse by allowing the children to live in a house where conditions threaten the health and safety of the children.

Both were arrested and transported to the Nye County Detention Center. 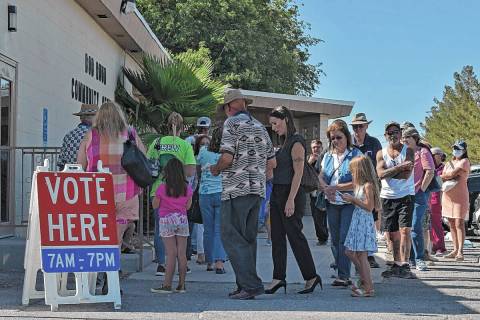 The latest: Here’s how Nye County voted in the 2022 primary
By Jimmy Romo Pahrump Valley Times

Nearly a week after the primary election, it is safe to call a number of local races. The Nye County Clerk’s office has counted the remainder of ballots that remained outstanding after Tuesday’s election.