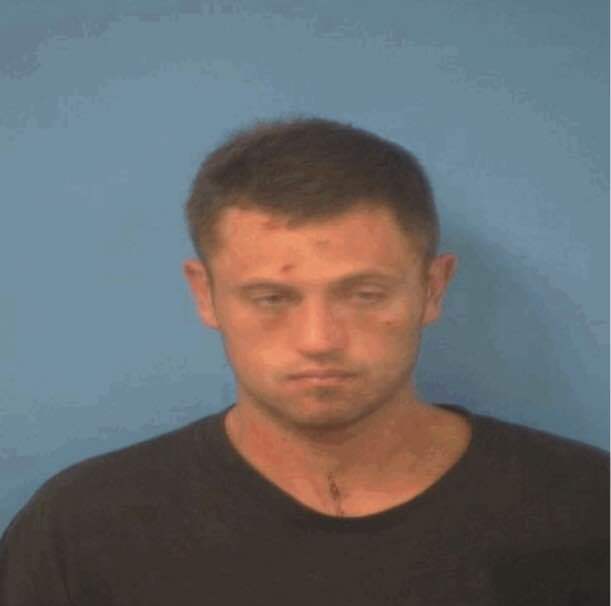 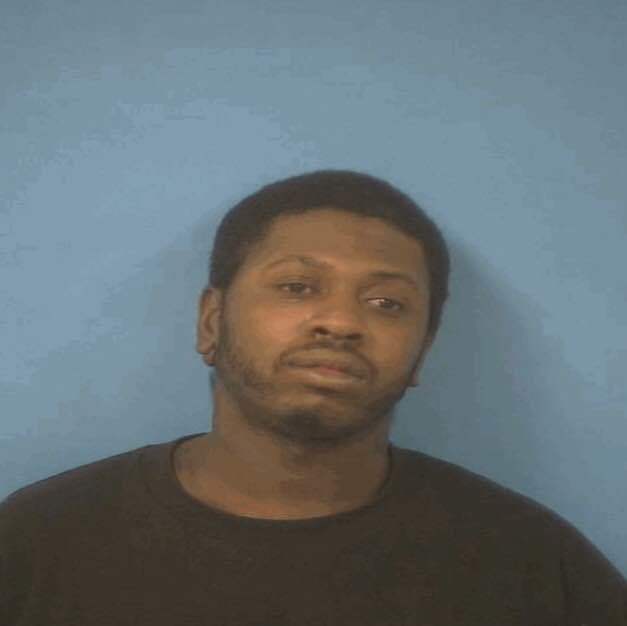 discharging gun at another

A man was arrested over the weekend after being accused of shooting at his cousin, among other charges.

Raymond Justin Mann was taken into custody Sunday by the Nye County Sheriff’s Office and charged with preliminary counts of attempted murder, battery with a deadly weapon, possession of a gun by a prohibited person, discharging a firearm into an occupied structure, and destroying the property of another.

At 10:36 p.m. on Oct. 16, sheriff’s deputies were dispatched to a call of a possible home invasion on the 1800 block of Calvada Boulevard.

The caller stated that his cousin, identified as Mann, was at his house when he reportedly began to cause a disturbance inside the residence.

During the incident, the victim claimed that while telling Mann to leave the residence, Mann picked up the victim’s .40 caliber Glock and pointed the gun at him.

The victim claimed that Mann then fired a shot, barely missing the victim, hitting a nearby china cabinet, the arrest report stated.

The suspect then began to get more aggressive and broke out six windows in the residence when the victim was able to obtain his firearm and fired two warning shots toward the window Mann was standing near.

Mann fled the area after those shots were fired before deputies arrived at the scene.

At 12:05 a.m. the sheriff’s office received a call that Mann had returned to the residence and proceeded to assault his cousin’s roommate with a baseball bat, causing substantial bodily harm, police said.

Deputies arrived at the scene and located Mann where he was arrested and transported to Desert View Hospital for an unknown injury.

He was taken to the Nye County Detention Center once released from hospital care.

The sheriff’s office later discovered that Mann was an ex-felon and he had violated his parole by being in possession of a firearm.

The victim Mann attacked with a bat was taken to Desert View Hospital, where he was then airlifted to UMC in Las Vegas, due to a skull fracture and bleeding on the brain.

A Pahrump man was arrested this week after leading police on a high-speed chase, while allegedly intoxicated.

Dean Deonte Lee was taken into custody by the Nye County Sheriff’s Office Monday and charged with preliminary counts of disobeying peace officer, DUI first offense, aggressive driving and speeding 31-40 miles over the speed limit, among other traffic infractions.

At 11:46 p.m. Sunday night sheriff’s deputies were dispatched to a convenience store located at 51 E. Highway 372 for a 911 disconnect.

While en route to the store, dispatch informed the deputies that a man who was trespassed from the establishment in the past, got into an alleged altercation with an employee when he was attempting to buy alcohol.

The store clerk gave deputies a description of the man, said to be an African-American male driving a silver Honda and that he believed Lee was intoxicated.

A sheriff’s deputy spotted a car that matched the description of the clerk’s account, heading eastbound on Highway 372.

After attempting to conduct a traffic stop at the stoplight at the intersection of Highway 372 and Highway 160, Lee kept going, disregarding the deputy’s orders.

Lee led police to a gas station off of Highway 372, pulling up to a pump as if he was going to stop.

When Lee drove past the deputy with his windows down, he noted the suspect’s eyes were droopy, according to the police report.

Lee then reached speeds more than 80 mph, including while driving through a construction zone.

The suspect made several illegal maneuvers while driving, including unsafe lane change and unlawful use of a cellphone while driving.

While leading deputies on the chase, Lee allegedly cut through the parking lot of the store where he originally tried to buy alcohol.

Lee eventually ended up parking on the front lawn of a residence on the 1300 block of Comstock Street, where he was ordered to the ground and apprehended.

According to the police report, Lee told a deputy that he ran because he knew he had a warrant for his arrest and also said he had drunk two 24-ounce cans of beer in the hour before the incident began.

Lee was taken into custody on the slew of charges and transported to the Nye County Detention Center where he was booked and was being held on $2,021 bond. A sample of Lee’s blood was taken for evidence purposes.