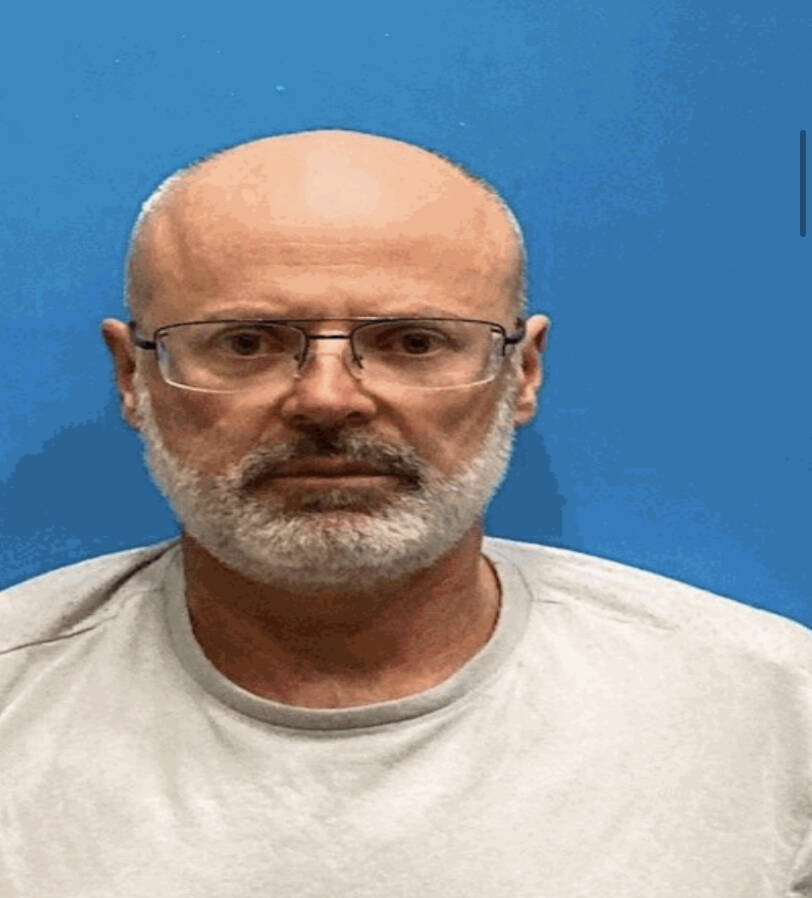 The incident, according to deputy Raymond Perkins, occurred just before midnight on Sept. 17, while he was patrolling an area on Charleston Park near Highway 372.

During that time, Perkins said he noticed a speeding white Dodge pickup truck traveling eastbound on Charleston Park, according to his arrest report.

“As I attempted to catch up to the Dodge pickup, I noticed it swerved off of the road, into a ditch, and went mid-air onto Highway 372 and into oncoming traffic, where the pickup nearly collided with another vehicle,” the report stated. “My emergency lights and siren were immediately activated in an attempt to initiate a traffic stop.”

The driver, later identified as George Markovic, according to the report, continued eastbound on Highway 372 at a high rate of speed.

“George turned southbound on Blagg Road and came to a stop,” Perkins’ report stated. “A high-risk traffic stop was initiated and George was detained. George was in the driver’s seat and the sole occupant of the vehicle.”

The report went on to note that Markovic admitted that he was drinking at a bar and was intoxicated.

“George admitted that had four glasses of wine and a beer,” according to the report. “George’s eyes were bloodshot red, and watery, while his speech was slowed and slurred. His gait was unsteady, and I could smell the odor of an unknown intoxicating beverage from George’s person.”

“I conducted the horizontal gaze nystagmus test, which George failed,” according to Perkins’ report. “While instructing George on the walk-and-turn test, he used his hands to keep his balance while he was in the starting position. George advised me he couldn’t perform the test. On the one-leg stand test, George placed his foot on the ground three times, and the test was stopped for his safety. George submitted to a preliminary breath test and blew a .161.”

As a result of the initial investigation, Markovic was placed under arrest and transported to the Nye County Detention Center for allegedly driving while under the influence of alcohol, while over the legal limit.