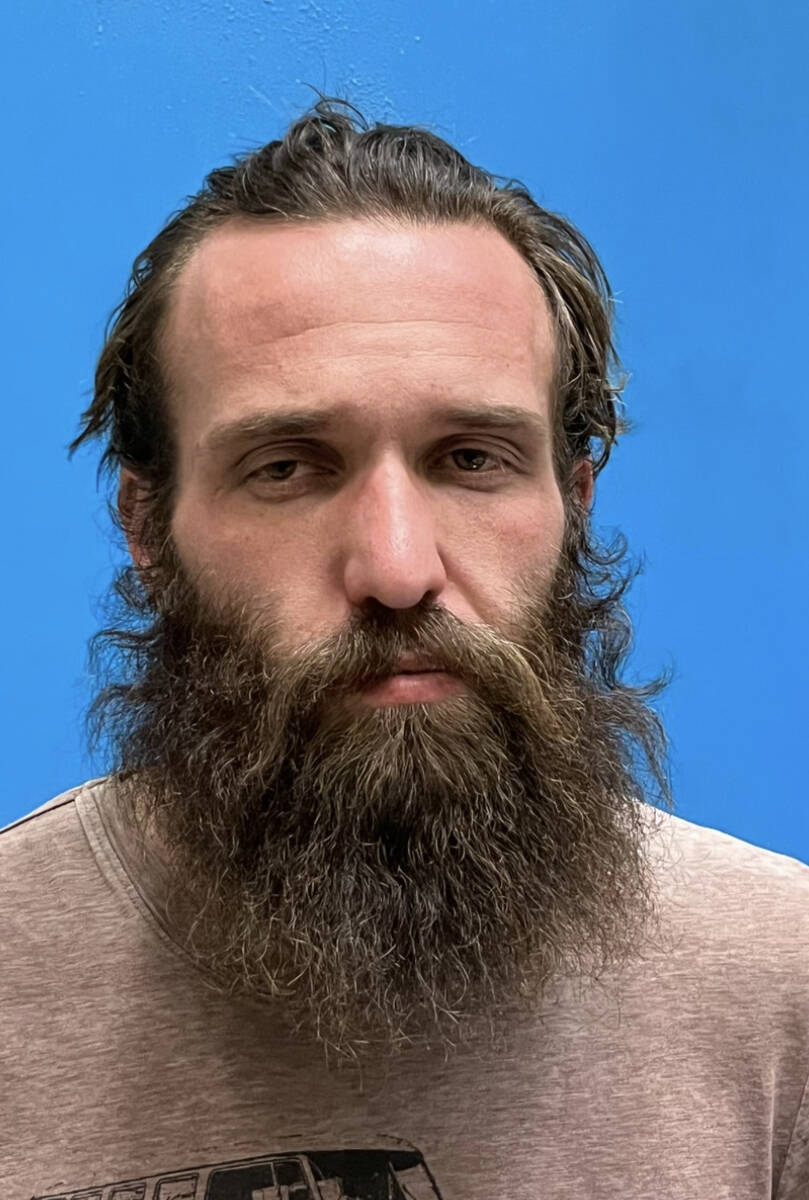 A man is facing attempted murder and other serious charges following a Nov. 3 incident on the south end of Pahrump.

Deputy Michael Connelly and other deputies were responding to a call about a weapons offense at the intersection of South Indian Reservation Road and Turner Boulevard at approximately 9:18 p.m., according to the Nye County Sheriff’s Office, when dispatch advised them that a man had been shot in the neck and back.

Suspect attempts to flee from deputies

A dispatch told them the suspect rammed his vehicle into another vehicle and began firing several rounds before fleeing the scene, according to the arrest report.

“Deputies were able to locate the vehicle and engaged in a pursuit,” the report stated. “Deputies stopped the vehicle and the driver, who was the sole occupant, was identified as Benjamin Talbot, 30, who allegedly threw two loaded shotguns out of his vehicle. Talbot stated that he had narcotics on him.”

Talbot admitted to using methamphetamine and said he hadn’t slept for five days, according to the report.

Talbot also exhibited signs and symptoms of methamphetamine use, according to the report.

The initial investigation revealed that Talbot allegedly shot approximately two rounds into a vehicle and then rammed his vehicle, causing the other to spin out on the roadway along Manse Road.

All are expected to recover from their injuries.