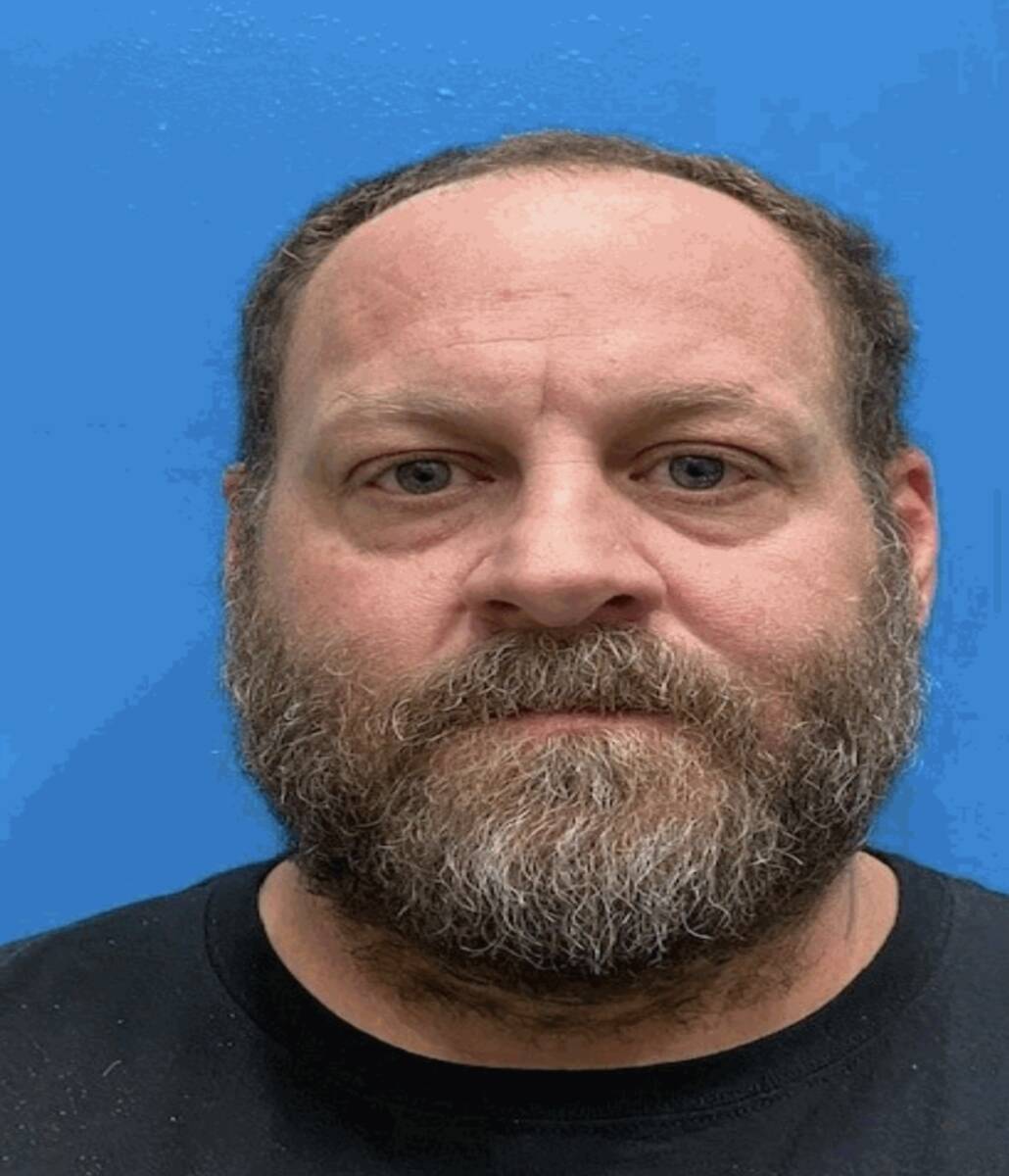 An automatic payment kiosk was the target of a man’s frustration when he apparently could not complete a transaction at Valley Electric Association drive-thru machine in Pahrump late last month, and punched it, causing about $1,000 in damage.

Remo Margiotta was arrested for vandalism.

Deputy Robert Meyers was dispatched to the VEA office, 800 E. Highway 372 the night of Nov. 22 in reference to a man who was allegedly breaking the automatic payment machine on the exterior of the building.

“Upon arrival, I spoke with the security officer, who showed me a surveillance recording of when the payment kiosk was broken,” according to Myers’ report. “In the recording, I observed the driver of a white Toyota 4Runner bearing a Utah license plate pulling into the drive-thru.”

“After my initial investigation, I identified the vehicle as belonging to the Enterprise rental car company,” according to the report. “Enterprise informed me that the vehicle was rented by another individual. I made contact with that individual, who did not possess the identifying tattoos seen in the video recordings.”

That person reportedly told the deputy that Margiotta had the vehicle during the time of the incident and had driven it to Utah and wouldn’t be back for several days.

“Remo contacted me by email on Nov. 24, admitting to damaging the screen and stated that he would turn himself in when he got back from Utah,” according to Meyers’ report. “On Nov. 28, at approximately 12:54 p.m., I met and spoke with Remo in the old front office of the sheriff’s department. Remo admitted to being angry because the machine kiosk wouldn’t function correctly, despite him trying multiple times.”

“Remo expressed relief that the damage to the kiosk was only $1,000 and he stated that he thought it would be closer to $5,000,” Meyers noted.

Following his initial investigation, Deputy Meyers said Margiotta was found to be in violation of Nevada Revised Statute 206.310, that being injury to other property by breaking the payment kiosk screen belonging to Valley Electric Association by allegedly punching the kiosk screen multiple times and subsequently driving away.

Due to the cost of the repair, the violation was classified as a gross misdemeanor.

Margiotta was then arrested and booked into the Nye County Detention Center where he faces a charge of alleged destruction of the property of another.