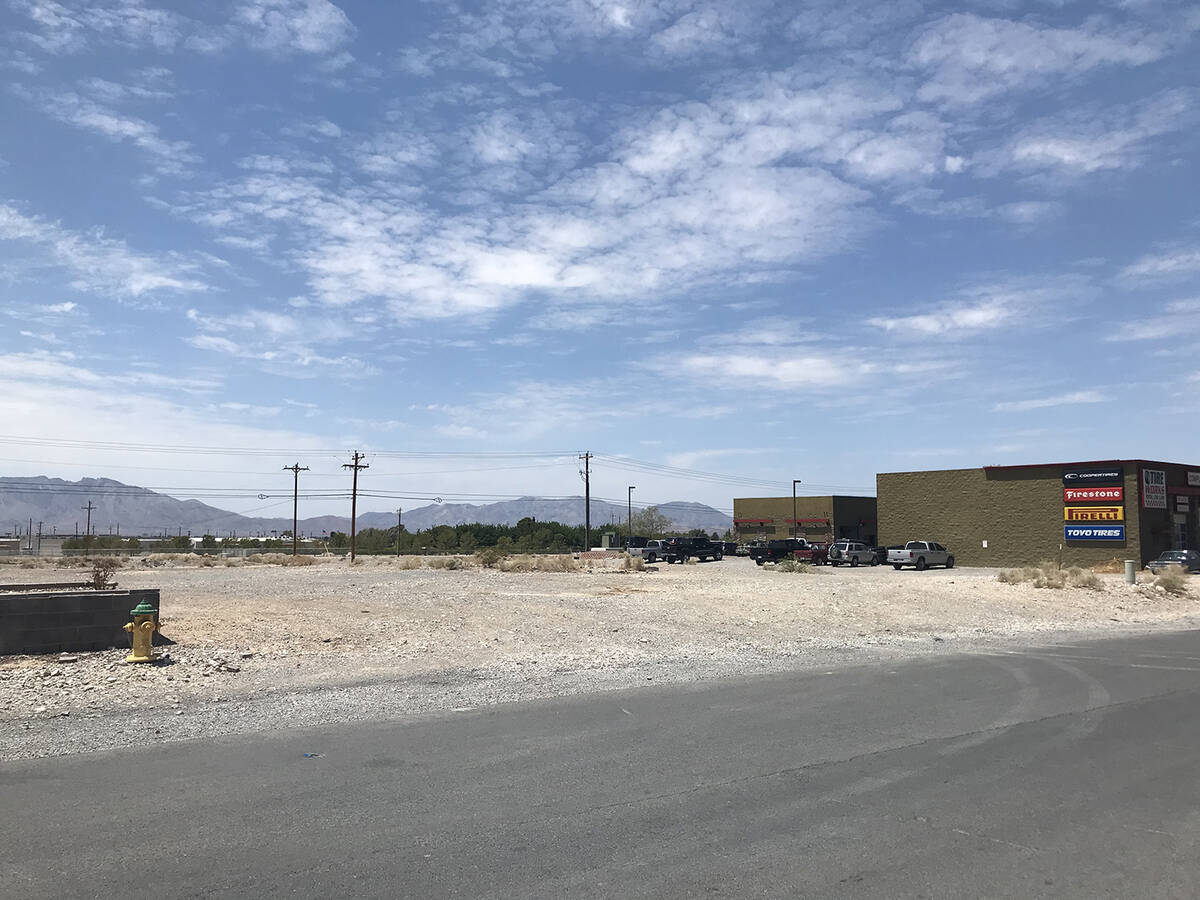 Robin Hebrock/Pahrump Valley Times Nestled between Tire Works and the Nye County Veterinary Clinic is the site selected for the new Arby's and Dutch Brothers Coffee. 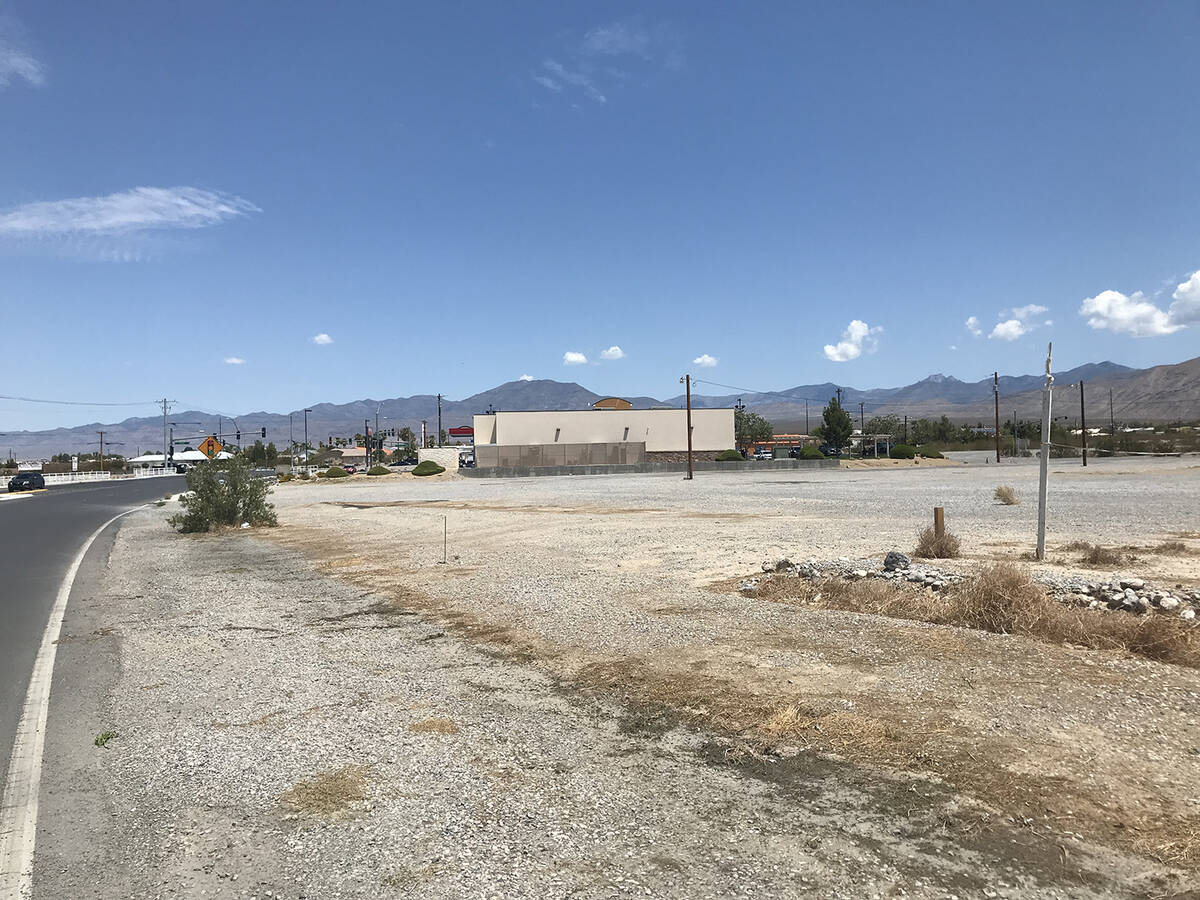 Robin Hebrock/Pahrump Valley Times The vacant lot just south of the intersection of Homestead Road and Highway 160 will eventually be developed into a hotel. 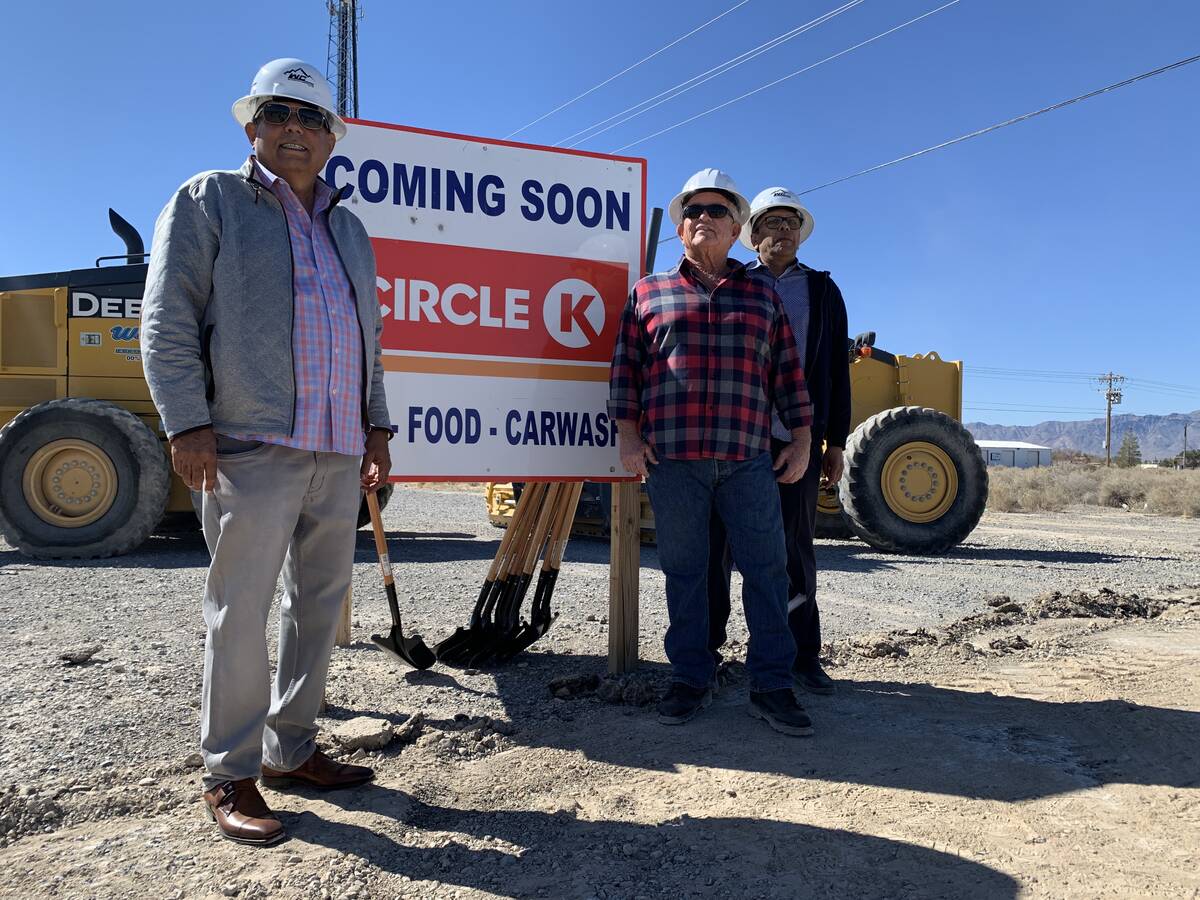 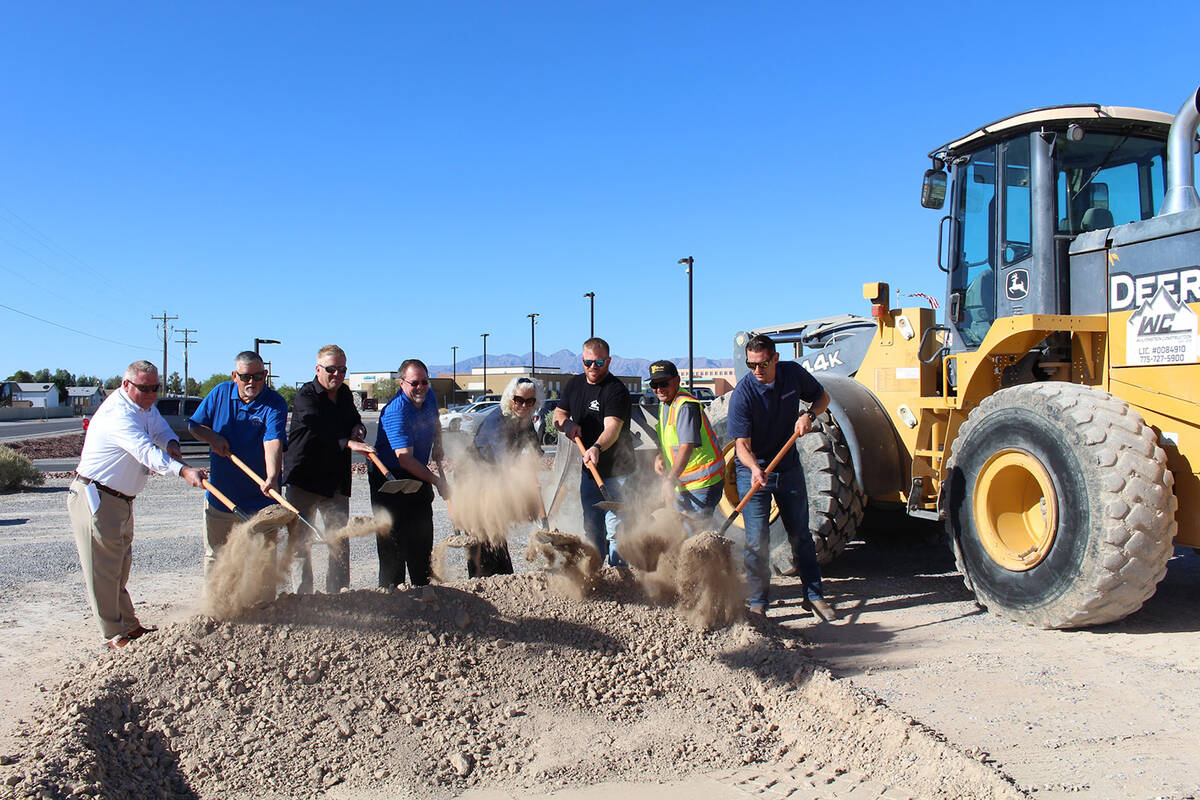 Special to the Pahrump Valley Times Officials with the town of Pahrump, Nye County and Community Health Development Partners are pictured at the groundbreaking ceremony for the new Pahrump Community Health Center on Tuesday, July 5.

Commercial development has taken a serious hit over the past two years, but things finally seem to be returning to a pre-pandemic pace and Nye County Planning Director Brett Waggoner said the valley is now seeing an increase in interest from commercial developers.

“As you guys can see as you drive around town, there is a lot of new development going on in town,” Waggoner told Nye County commissioners earlier this month. “The planning department has had a lot of applications that have been submitted that are in the review process or site development process, for commercial businesses. Some of them are actually getting to the approval stage, so they are starting to break ground.”

Giving a quick overview of some of the major projects planned for Pahrump, Waggoner touched on a variety of developments, including new overnight accommodations, restaurants, a gas station and more.

He started off by detailing that the proposed hotel for Homestead Road is moving forward. That hotel will be located just behind the Maverick gas station on Highway 160 and directly across from another new amenity in the valley, Pahrump’s second marijuana dispensary. Owned by The Source, the dispensary is set to open this weekend.

Waggoner then noted that the much-anticipated Arby’s and Dutch Bros. Coffee projects are also nearing the final steps in the planning process, something many in the community will be very excited to hear.

The developer of these projects has selected the vacant land located between the Nye County Veterinary Clinic and Tire Works on Highway 160 for the businesses, but those are not the only new commercial enterprises set for the land in that area.

“There is a car wash that is in the approval process right now that’s also going to be kind of in the row around where the Arby’s and Dutch Brothers is going,” Waggoner said.

There was also a recent groundbreaking ceremony to celebrate the start of construction on a new medical facility in the valley, the Pahrump Community Health Center. This facility will bring surgical services to the area as well as specialist care that is not currently available.

“There is a lot more development going on out at Spring Mountain (Motor Resort),” Waggoner continued. “As you guys all know, they completed the track portion of their expansion onto the property they purchased from the BLM. Now they are in the process of building some accessory buildings to accommodate that track, some new classrooms and that type of stuff.”

As to fuel stations, Waggoner said two are slated at the moment, including the second Circle K on Homestead Road and Gamebird Road and the new Coyote Corner, to be located on Manse Road near the Mountain Falls Subdivision. The Coyote Corner development is planned to incorporate space for restaurants, too, Waggoner said.

Waggoner emphasized that his department maintains a close-lipped policy on potential projects until the development process officially begins, adding that there are near-constant discussions with prospective developers occurring in his office.

“We only disclose stuff that we actually have applications for. We meet with people almost on a weekly basis with inquiries. We do our pre-development meetings to get details but until they actually apply, it’s under wraps. So I just wanted to update everybody that there is a lot going on,” he concluded.