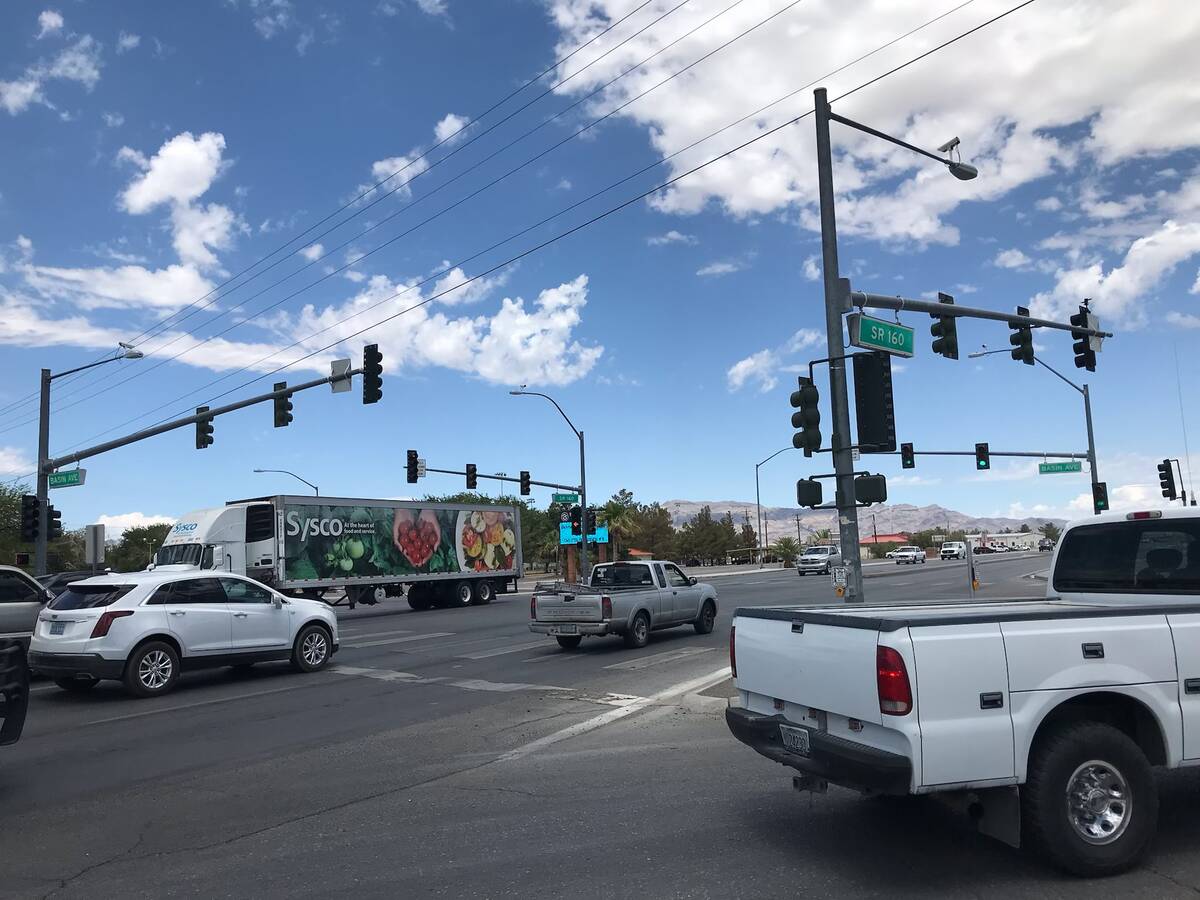 Robin Hebrock/Pahrump Valley Times A week before roadwork begins on Pahrump’s main highway, officials with the Nevada Department of Transportation announced that the project has been delayed until July 11. 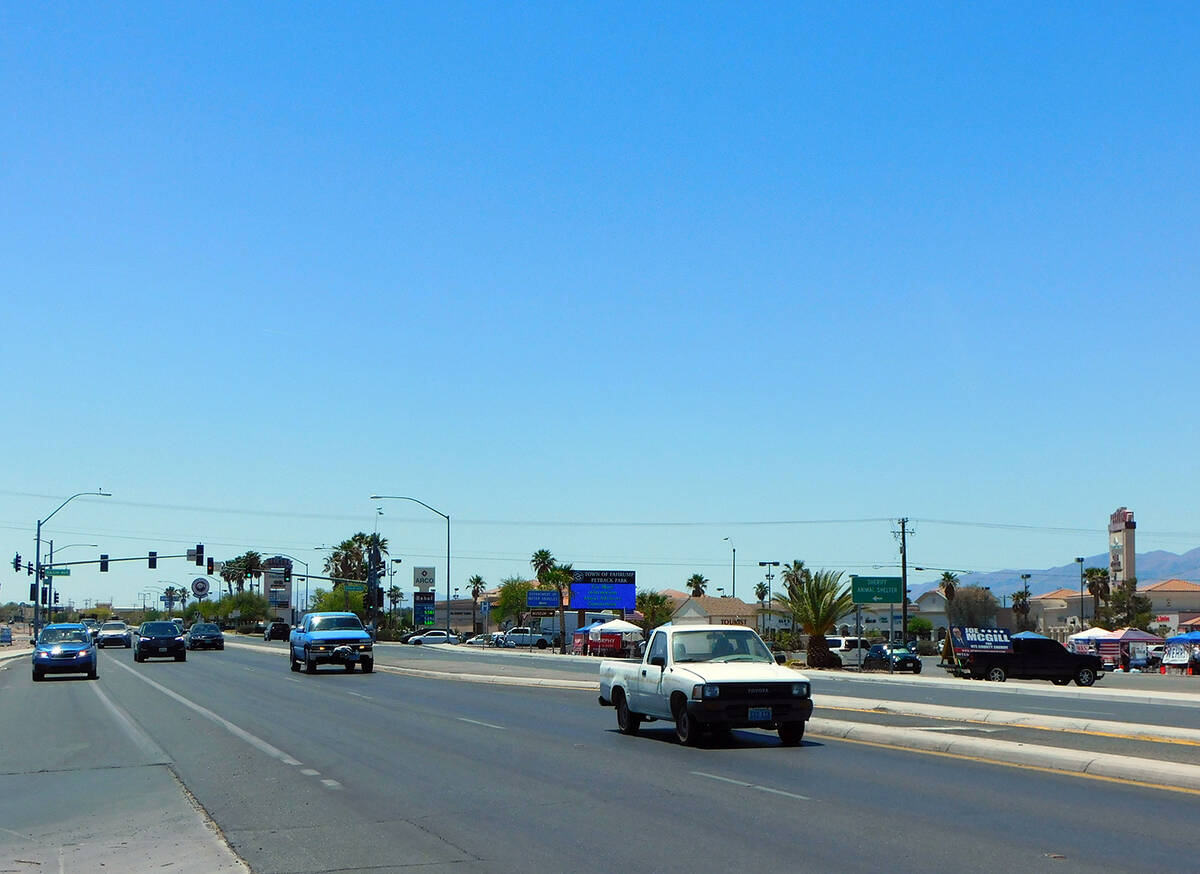 Robin Hebrock/Pahrump Valley Times This photo shows the northern boundary of the Highway 160 improvement project, which targets about a mile of the highway from just north of Basin Ave. to just north of Highway 372.

Just one week before the anticipated commencement of a major improvement project for Pahrump’s main highway, officials with the Nevada Department of Transportation announced that the project has been delayed.

“The start of this project has been pushed back to July 11,” NDOT Public Information Officer Justin Hopkins stated in an email on Monday, June 20.

While NDOT officials did not remark on why the project was delayed, local resident Eddie O’Brien, a pyrotechnician with Zambelli Fireworks, was able to shed some light on the reason, explaining that NDOT was fortunately open to doing so at his request.

“I talked to someone over at NDOT and asked them if they could postpone the construction that was scheduled to begin on June 27, due to the Fourth of July celebration,” O’Brien told the Pahrump Valley Times.

Zambelli Fireworks has for many years been the contractor that provides the town of Pahrump’s annual Fourth of July fireworks show. That show is held at Petrack Park each year, which is located at the corner of Basin Avenue and Highway 160.

With the road improvement project targeting a highly-traveled stretch of Highway 160, from in front of the Pahrump Nugget to just after the intersection at Basin, the heavy traffic seen each Independence Day in that area would have been snarled even further by a construction zone. O’Brien immediately realized that this would pose a big problem for the fireworks show and took matters into his own hands to ask NDOT to reschedule.

“Well, their public information officer, Justin, got back to me and said yes, they’ll go ahead and postpone it until July 11. So now it won’t be a hassle for people to get to the show. I’m so grateful they were willing to work with us on that,” O’Brien commented.

The Highway 160 improvement project includes milling of the existing pavement of a roughly one-mile portion of the highway, along with repaving, which will provide a smoother ride for those who utilize the roadway in their commute and travels. The $1.99 million contract was awarded to Aggregate Industries of Las Vegas with a 30-day work schedule. Completion was originally set for the first week of August but with the postponement for the holiday, the construction will likely continue into the middle of August instead.

The project also includes the replacement of a cattle guard on Highway 160 near the intersection of US-95.

Construction crews are now set to begin their work on Monday, July 11 and there will be lane closures and slower traffic for motorists to navigate. Officials ask for the public’s caution and patience while the project is underway.