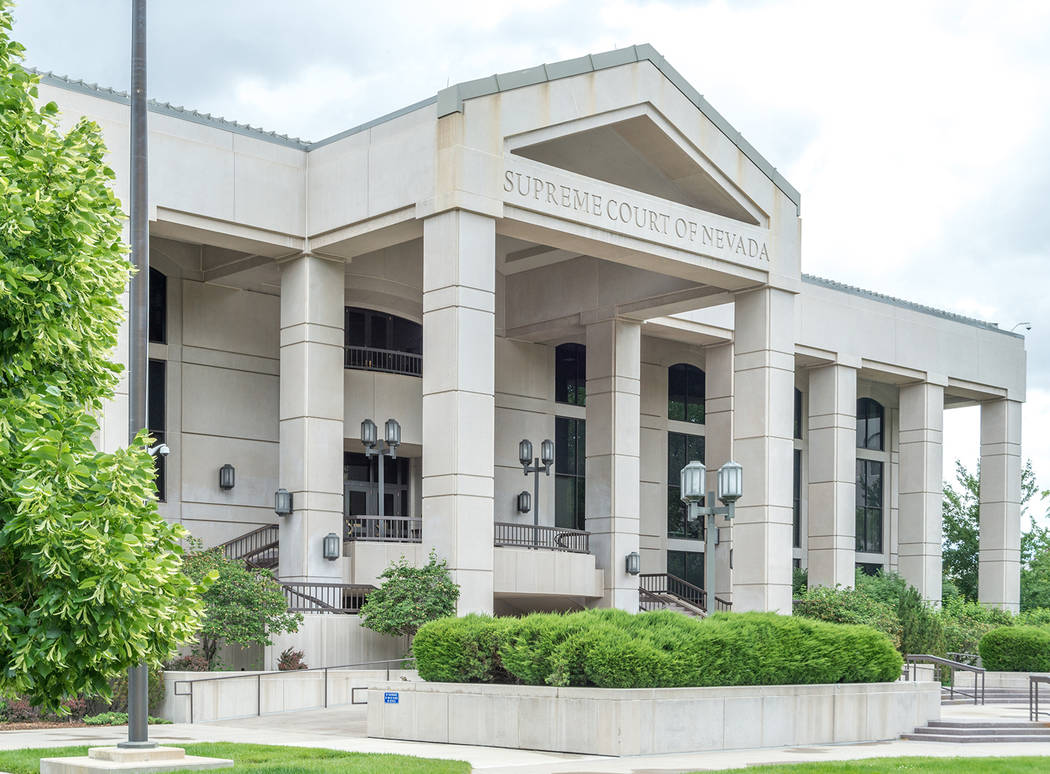 Thinkstock The Nevada Supreme Court is in the process of reviewing an appeal from the Nevada State Engineer after losing a lawsuit filed by Pahrump Fair Water in the matter of water Order #1293A. 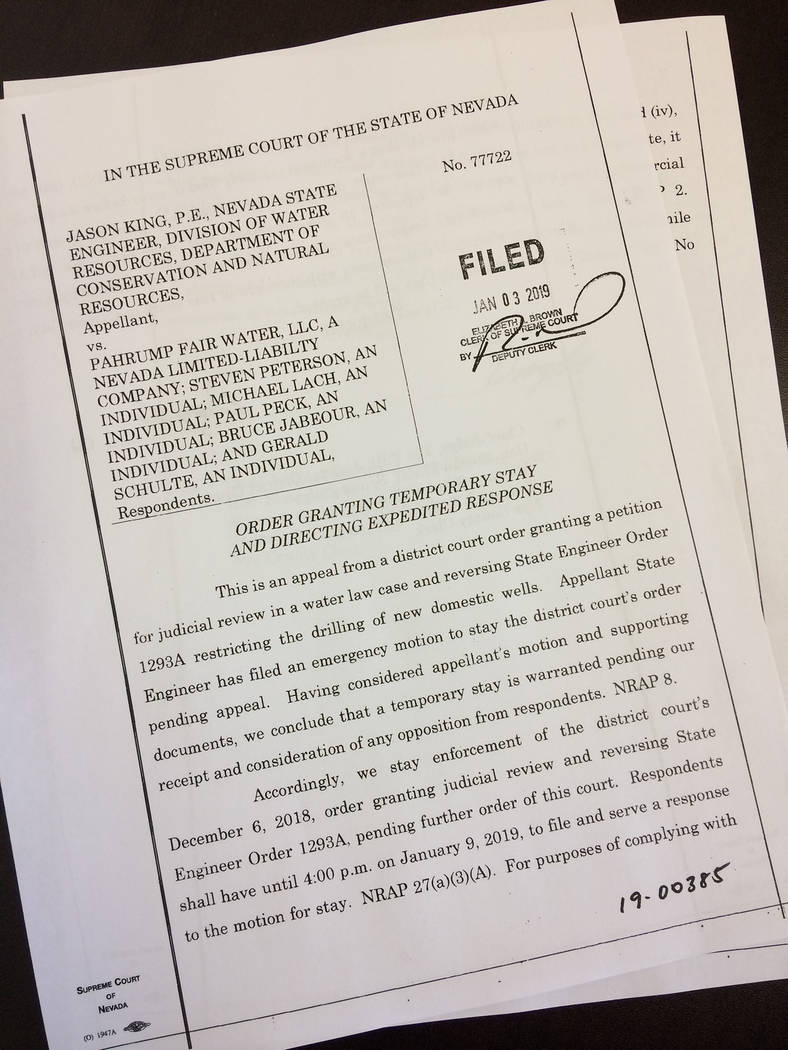 The Nevada Supreme Court has issued a temporary stay in the case of Water Order #1293A, allowing the Nevada state engineer, for the moment, to continue requiring water rights relinquishments for all new domestic wells drilled in Pahrump.

The temporary stay comes as part of the appeal process, with the state engineer going to the Nevada Supreme Court after a district court judge ruled against the office in the lawsuit brought forward by Pahrump Fair Water.

However, it is only a temporary stay and it is possible that the Nevada Supreme Court could reverse that stay after considering the opposition provided by Pahrump Fair Water.

“This is an appeal from a district court order granting a petition for judicial review in a water law case and reversing State Engineer Order #1293A restricting the drilling of new domestic wells,” the Nevada Supreme Court document states.

“Appellant state engineer has filed an emergency motion to stay the district court’s order pending appeal. Having considered appellant’s motion and supporting documents, we conclude that a temporary stay is warranted pending our receipt and consideration of any opposition from respondents… Accordingly, we stay enforcement of the district court’s December 6, 2018, order granting judicial review and reversing State Engineer Order #1293A, pending further order of this court.”

The court also ordered an expedited response from Pahrump Fair Water, which was filed on Jan. 9.

In its opposition to motion for emergency stay, the group argues first that the state engineer’s likelihood of succeeding in its appeal is small because it is undeniable that the engineer issued Order #1293 and #1293A without providing advance notice to any of the affected parties. This, Pahrump Fair Water declares, and the lower district court agreed, was a violation of due process.

The opposition goes on to reiterate the stance that the engineer’s office does not have authority over domestic wells, except in very specific instances, “…that do not arise here,” the filing reads. Lastly, the group argues that the engineer’s object of appeal will not be frustrated by a lack of stay and conversely, Pahrump Fair Water’s members would suffer irreparable harm if a more permanent stay is issued.

As to be expected, the opposite positions are presented in the state engineer’s motion for emergency stay.

The engineer claimed the potential for irreparable harm to the office, noting that if the Nevada Supreme Court ultimately decides to grant the appeal, overturn the lower court decision and reinstate Order #1293A, hundreds or even thousands of domestic wells could have been drilled in violation of the water order. This would create “procedural disarray,” the engineer’s office asserted.

The document also cited fears of declining water levels if domestic wells continue to be drilled without water rights relinquishments.

“Despite the district court’s finding to the contrary, the state engineer will argue that he did in fact have authority to issue amended Order #1293A to prohibit the drilling of new domestic wells without the relinquishment of a 2-acre-foot water right, that it was supported by substantial evidence, and that he did not violate due process in issuing the amended order. As the district court stated during the hearing on Nov. 8, 2018, this case presents a tight issue. Therefore, the likelihood of success on the merits should not weigh in either side’s favor, and should certainly not work in petitioners’ favor to defeat this motion for stay,” the engineer’s filing states.

To view all documents related to this appeal visit www.nvcourts.gov and search for case number 77722.