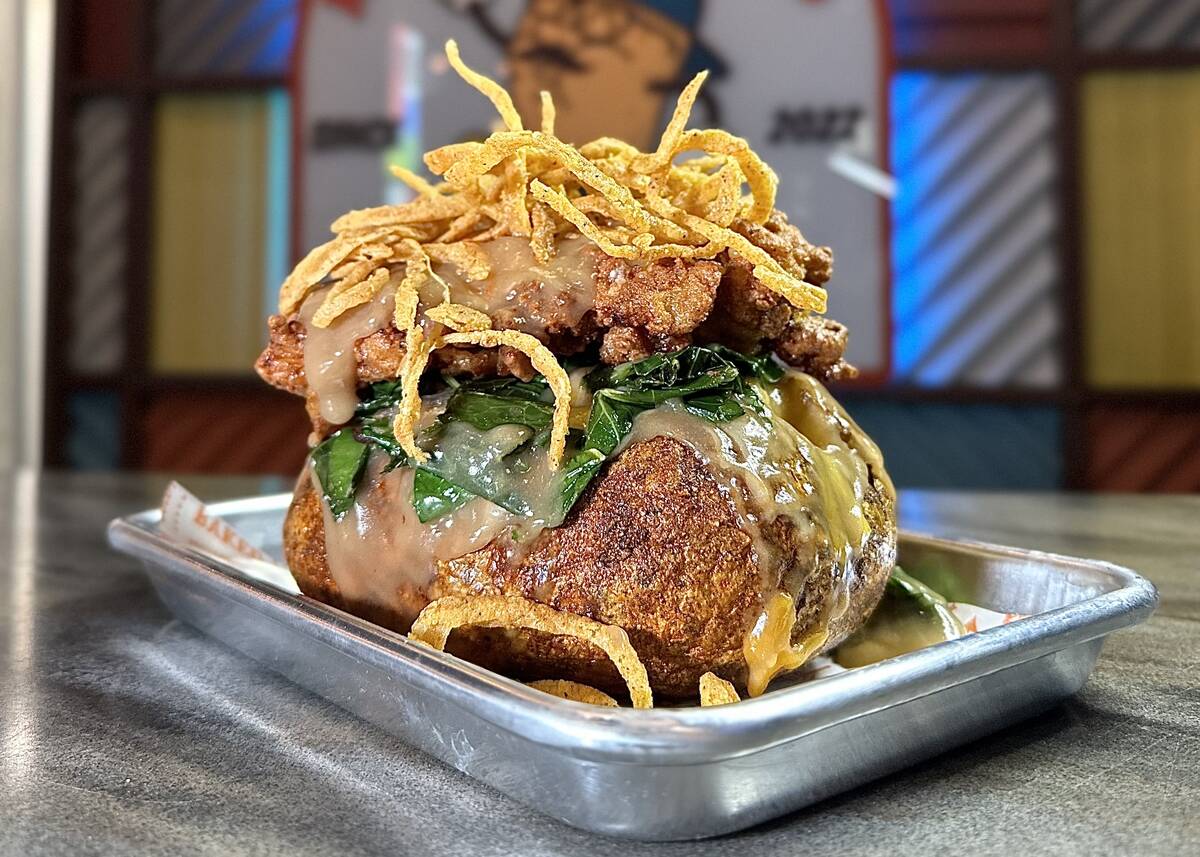 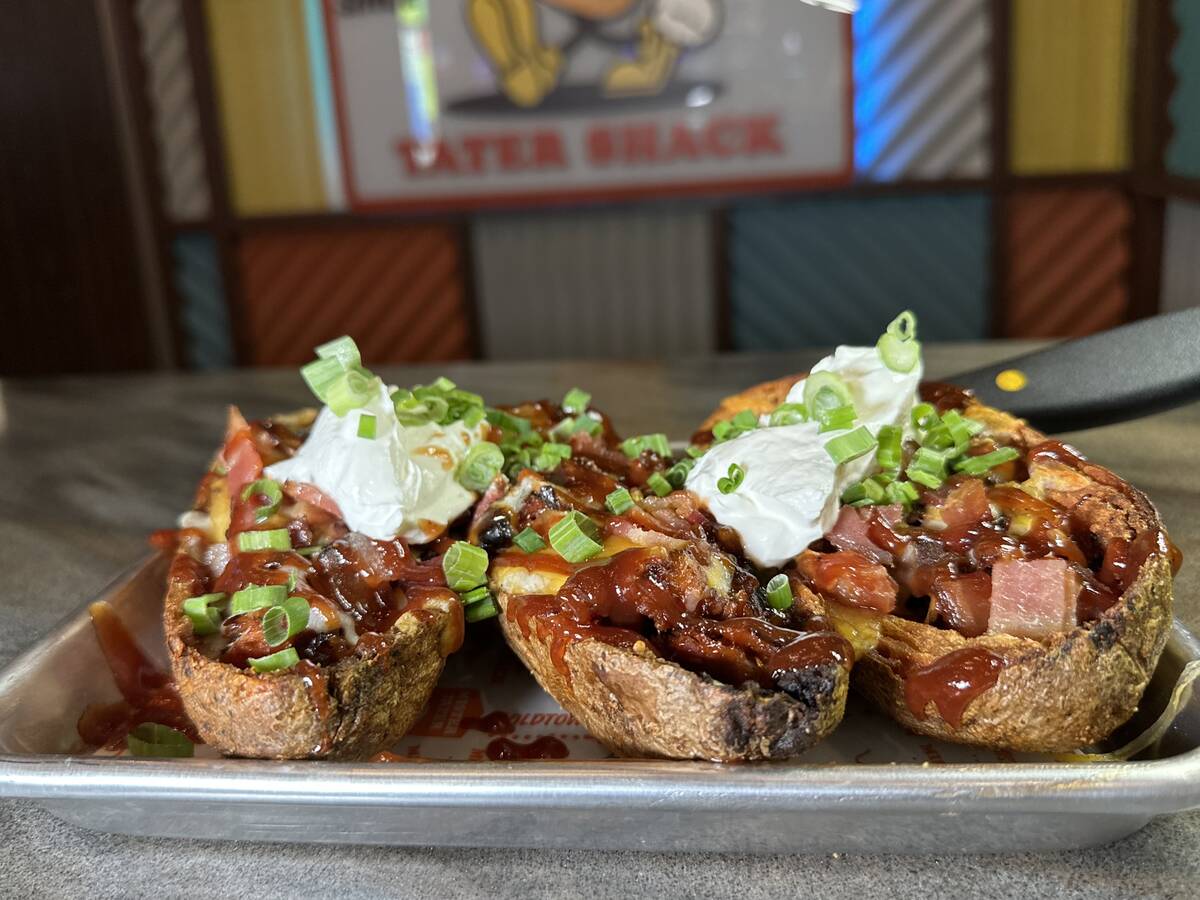 Mister Tater’s Tater Shack will open a location in Gold Town Casino on Dec. 6, according to a spokesperson for the brand.

Mister Tater’s Tater Shack at Gold Town Casino will be the third location for the restaurant, which operates sites at Aces Bar & Grill in Las Vegas and Henderson. Founded in early 2022 by friends and business partners, Dustin Brafford, Aaron Bradley, Kelsey Dillon, and Kolten Aleman, the restaurant’s specialty of larger-than-life loaded baked potatoes brings together the comfort of a baked-to-perfection potato with flavorful topping combinations and served in an energetic and friendly atmosphere.

The fast-casual restaurant will also serve breakfast taters, such as the “All-American,” a huge crispy tater topped with an egg prepared to preference, cheddar cheese, bacon and a waffle, priced at $11.

In addition, a “Spuds” menu is available for children.

The inspiration for Mister Tater’s Tater Shack was baking for a while but came to life at the beginning of 2022. Mister Tater’s sells huge, gourmet, loaded baked potatoes – not just as a side on the menu but something one can expect as a whole meal. Mister Tater’s has grown a large local following in a short amount of time. The company began by operating as a small ghost kitchen in a juice bar.