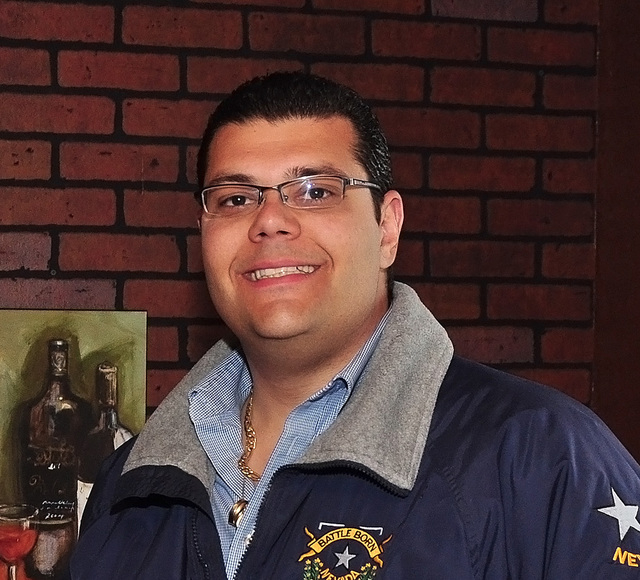 A misdemeanor case stemming from an alleged incident that happened 10 months ago on private property was filed in late March by the Nye County District Attorney’s office.

What makes the charges notable is they were filed against local businessman Leo Blundo, a Republican candidate for Nye County Commission District III.

The two-count criminal complaint, filed March 30, is stemming from an alleged incident when a Chevrolet Suburban that law enforcement believe was driven by Blundo hit an unattended Taoi Scooter in the parking lot of the Pahrump Nugget on May 31 or June 1, 2015.

According to the complaint, Blundo did not stop and locate the scooter’s owner, or leave a written notice “securely in a conspicuous place” providing his name and address. The second count claims Blundo failed to notify the Nye County Sheriff’s Office of the accident.

In addition to the misdemeanor complaint, a warrant for Blundo’s arrest was issued last week.

While it couldn’t be verified if he was arrested over the weekend, Blundo is scheduled to appear in Pahrump Justice Court on June 6 for arraignment. The court appearance is nine days after the start of early voting on May 28 and eight days before the Republican primary on June 14.

Ferguson was out of town this week and unavailable for comment by press time.

The filing was made two weeks to the day after Blundo filed to run for the county commission.

Bello did say the case “would sit around because it’s not the highest priority.”

The candidate receiving the most votes will run unopposed in November because no other party candidates filed for the office.