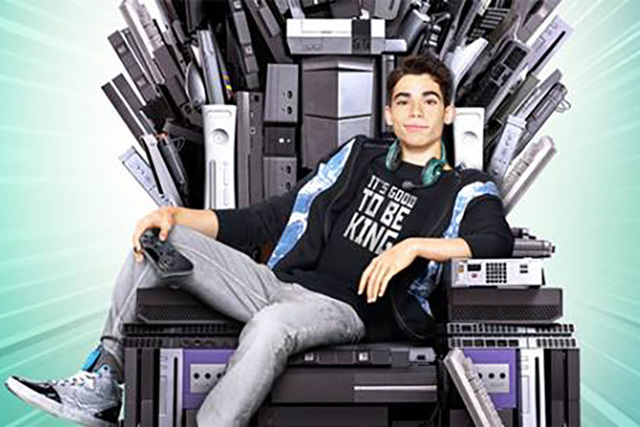 Disney ABC Television has issued an apology and all Pahrump mentions have been removed from an episode of the Disney XD show, “Gamer’s Guide to Pretty Much Everything,” that said several negative things about the town.

In Wednesday’s Pahrump Valley Times article, “Disney show hurls negative comments toward Pahrump,” described various dialogue from the episode, including calling the town “a stinkhole”, referenced a made-up infectious disease called the “Pahrump lump,” and referenced town kids as “filthy”. A clip of the disparaging dialogue was posted by a local teenager and went viral.

A Disney executive reached out to the Pahrump Valley Times and issued an apology and announced the editing of the episode to exclude Pahrump in any future airings.

“Regarding your report about viewer response to a recent episode of the comedy series … we reviewed the episode and have removed references to Pahrump and other lines of dialogue for future airings,” said Patti McTeague, senior vice president of children’s communications with Disney ABC Television Group. “Any disrespect to the people of Pahrump is unintentional and we sincerely regret if any offense was taken.”

McTeague also told the town of Pahrump: “We commit to you that we’ll work with all of our creative teams to be more sensitive when it comes to dialogue that can potentially be interpreted as describing a person, place or situation in a derogatory manner.”

Although glad that the apology and editing of the episode occurred, Director of Tourism for the town of Pahrump Arlette Ledbetter said she’s not sure if that is enough to correct the damage done by the remarks.

Ledbetter went on to say that the possibility is there that the town would continue dialogue with Disney to come to a point where both parties involved are completely happy.

The story garnered attention from several media outlets over the hump and reached a worldwide audience after the Associated Press published an article of their own on the incident, citing the Pahrump Valley Times within their story. Las Vegas affiliates of ABC, NBC, Fox and CBS all ran segments on the episode and resulting apology and the Las Vegas Review-Journal reposted both Pahrump Valley Times articles on the matter Thursday, which were among their most popular stories for the day.

Ledbetter explained that she was disappointed that the town got the amount of media focus with such a negative topic.

“It’s unfortunate that the disparaging remarks received so much media attention, when there is so much here that is good and positive and enjoyable,” she said.

The video was first posted on Rosemary Clarke Middle School student Danyelle Ormiston’s Facebook page, where it received about 33,000 views before the media blitz and is now up to 71,000 views.

She said that she had no idea something of this magnitude would come out of just posting a clip online that she thought was humorous.

“I never thought it would go this far,” Ormiston said. “I didn’t think it would be that big of a deal.”

Ormiston is on the opposite side of the spectrum as far as Disney’s response to the public outcry of the episode. She said she didn’t think Disney had to go as far they did, as simply saying sorry would have been enough in her mind.

“I think Disney’s apology was the only thing needed… I think editing Pahrump out of it seemed unnecessary,” she said.