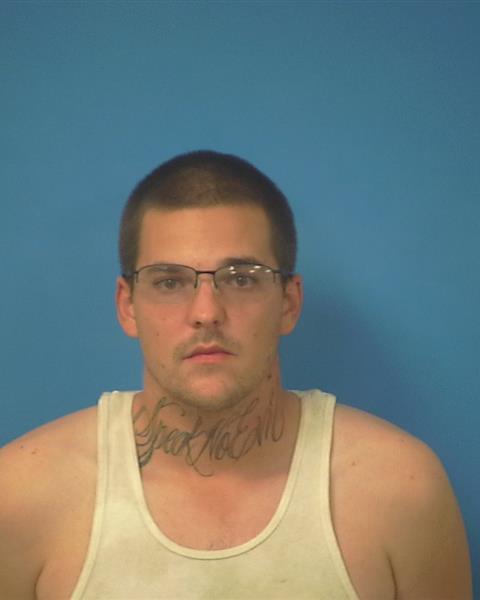 A Pahrump man was arrested Friday after being accused of causing cigarette burns to an elementary school-age child.

Davin Obarr, 27, was arrested by the Nye County Sheriff’s Office on Oct. 14 and charged with preliminary counts of child abuse/neglect and obstruction of a public officer.

Deputies from the sheriff’s office were dispatched to Floyd Elementary in reference to a report of child abuse on Oct. 7.

When the responding deputy arrived, he was informed that a teacher at the school noticed several small, circular scars on an 11-year-old student’s arm.

After being taken to the school nurse, the child informed her that the scars were the result of the step-father putting cigarettes out on the child’s arm, according to police.

After evaluating the victim, it was discovered that the child had suspected cigarette burn scars on upper arms, lower legs, back, chest and abdomen.

Two witnesses came forward stating that three days before the school reporting the possible child abuse, the victim had small circular burns on the abdomen.

The child was transported to Desert View Hospital for a medical evaluation, which confirmed that the small, circular scars were consistent with that of cigarette burns, the arrest report stated.

When both Obarr and the mother of the child were questioned about the burns, they both denied knowing of any injuries to the child.

Obarr later approached the deputies with the six-year-old sibling of the victim who told them that two boys at school were burning the victim with a small metal pipe, the arrest report stated.

The deputies were suspicious of that story and spoke with the younger child in private, to which the child admitted the story was fabricated and that Obarr told them to tell the police that.

When confronted with the younger child’s claim that the child was instructed to tell the deputies the story, Obarr became visibly nervous and did not confirm nor deny the accusation.

In a forensic interview, which was conducted with the victim on Oct. 13, the child described a number of incidents where Obarr burned the victim with a cigarette lighter.

Obarr was located at his home the next day and arrested on the pair of charges and transported to the Nye County Detention Center. Obarr posted his $20,640 bail later that day and was released pending a court date.

Anyone with information about this investigation is urged to contact the Nye County Sheriff’s Office at 775-751- 7000, attention Detective Fancher or by email at NCSO_Detectives@co.nye.nv.us.