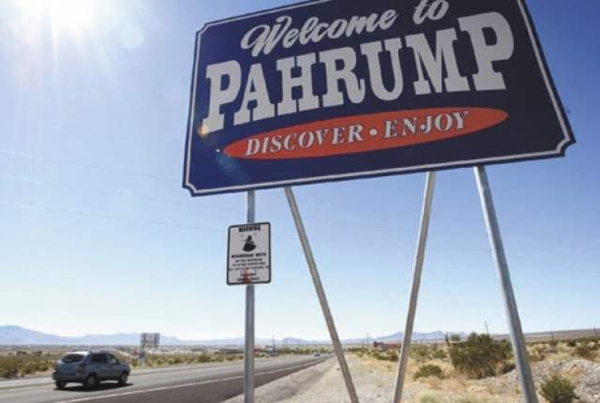 Pahrump has found itself at the bottom of various lists in the past, but the latest one might sting a bit more than the others did.

The study, conducted by WalletHub, included cities in the United States that had a population of between 25,000 and 100,000 residents.

Various areas were looked at in the analysis including affordability, economic health, education, health and quality of life among the categories used. Each category had various factors included in the specific category, making for 21 total factors used in the study.

Pahrump scored well in affordability, coming in at No. 438, but the other main categories looked at in the valley came in as some of the worst in the country.

The valley’s economic health rated as the 1161st best, education and health clocked in at the 1207th best, while quality of life was 1,208th best.

County Commissioner Frank Carbone explained that the high percentage of those who are no longer in the workforce contributes to the low quality of life ranking in town.

“They look at the population but they don’t see how a city is based. The tax rate and income bracket,” Carbone said. “We have a huge population of retirees, a lot of retired veterans and they are on a fixed income. There’s somewhere between 5,000 to 6,000 veterans that live here and then you have all the people that come here to retire and they are on a fixed income.”

Carbone mentioned those retirees make their way to Pahrump because no state tax and low property taxes make living in town fairly cheap.

Pahrump wasn’t the only city in the state to make the list, as Carson City (1,127th) and Sparks (1,139th) were also named and ranked near the bottom of the ranking.

Former town manager Susan Holecheck explained that a town like Pahrump can’t be measured off numbers, and thinks the study would be different if those conducting it paid the area a visit.

“When it really matters most the town really comes together,” Holecheck said. “It’s a perfect time of year to view this, as we are as generous as any city with all the generosity during the holiday season.”

Holecheck explained that if it were based off things like how the town uplifts one another and helps each other out in time of need the town wouldn’t be so low on the list.

“I’m disappointed,” she said. “I don’t think they factored in community spirit. If they did we’d come in a lot higher on any list.”

The list saw Bell, California as the worst small city in the U.S. and Princeton, New Jersey topped the list as the best.

No matter what any ranking says Carbone explained he and others are happy to call Pahrump home.

“That’s what they think, but I think that this is a pretty nice place to live,” Carbone said. “I think the people who live here like the place, it’s not completely rural and it’s not a city and it’s not a suburb, it’s in between all of that.

“It has its character.”

WalletHub is a personal finance website known for its ranking lists.