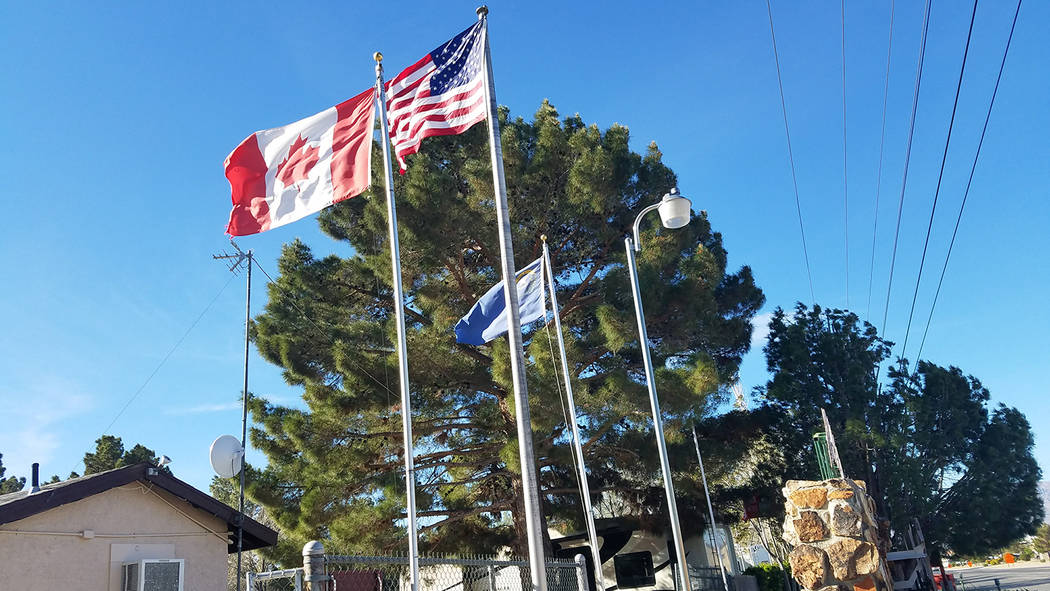 David Jacobs/Pahrump Valley Times The Canadian flag is shown flying in Pahrump in this 2017 photo. The Pahrump community is the home of residents of Canada during the winter season.

In 1973, there was a peculiar hit record in the United States. At the time, the Watergate affair was getting underway and there were some natural disasters in the U.S.

The record was titled “The Americans” and was written by a Canadian radio personality named Gordon Sinclair. It was read on the air by a Byron MacGregor and both Sinclair and MacGregor made recordings of the essay backed by music. It was a passing fancy in Canada, but in the U.S. it became a monster hit. This gives the flavor of the record:

The recording has been revived from time to time after later U.S. crises. It is typical of the genial relationship between the U.S. and Canada that normally prevails.

So I was interested in an essay published last summer in the Canadian newsweekly Macleans, which I subscribe to in order to see us regularly through other eyes. The article was titled “The case for invading America.” Here’s a sample:

“The case for military action is obvious. … First, America has become a failed state. The decades-long internecine conflict between the two main cultural factions, Republicans and Democrats, has led to the collapse of their political institutions. Laws cannot be passed. Ambassadors cannot be appointed. Even basic health care cannot be provided to all its citizens. … Corruption has reached third world levels. Congressmen and senators spend so much time and effort collecting bribes (referred to as “campaign donations” in their local dialect) that they no longer have time to debate policy or legislation. Even the president has left himself wide open to allegations he is on the take, negotiating lucrative real estate deals for himself while he appoints family members to positions of power and influence.”

I would not have thought that it was possible for the U.S. to alienate Canadians. Donald Trump, naturally, did his part with one of his petty attacks on the Canadian prime minister, but the language of this essay goes beyond just Trump’s derangement.

When we alienate our closest ally, it says something troubling.