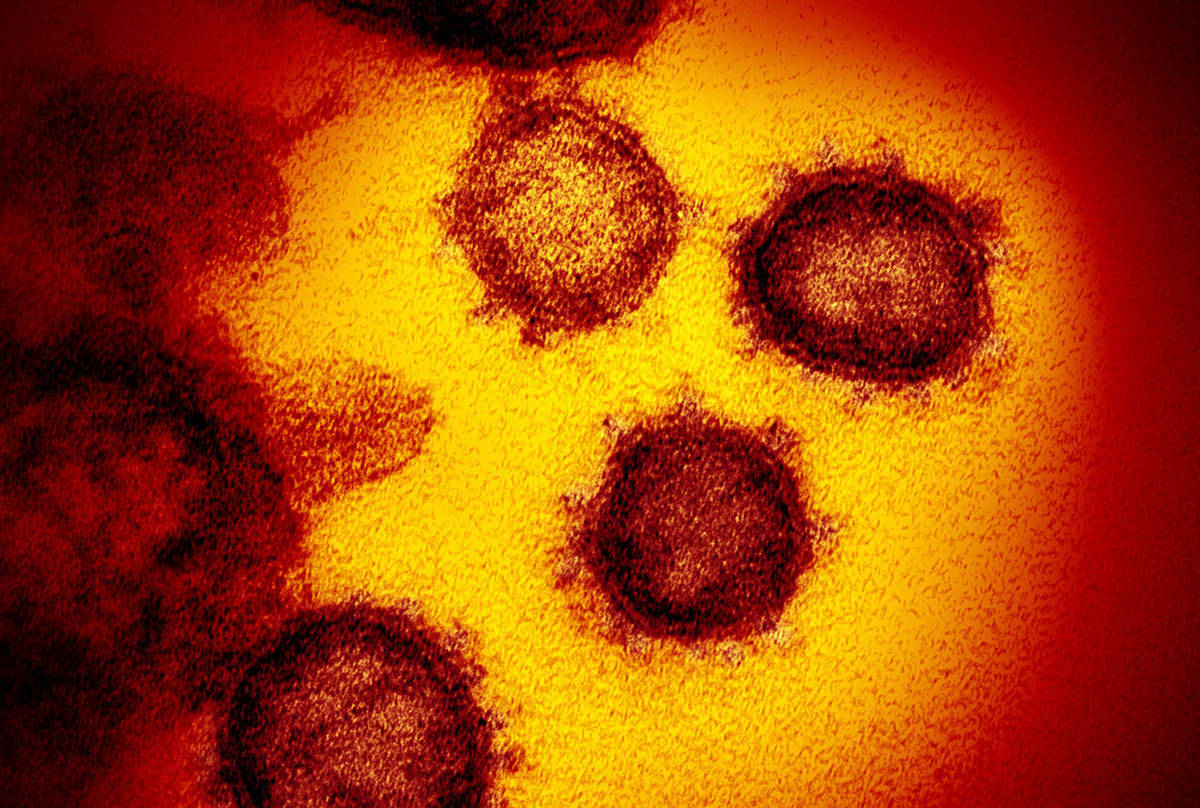 This undated electron microscope image made available by the U.S. National Institutes of Health in February 2020 shows the Novel Coronavirus SARS-CoV-2. Also known as 2019-nCoV, the virus causes COVID-19. (NIAID-RML via AP)

The state of Nevada reported 68 new cases of COVID-19 early Monday, the lowest overnight jump in a week.

Data posted on the state Department of Health and Human Services’ nvhealthresponse.nv.gov website showed the total number of reported cases in the state grew overnight to 5,491, the smallest increase since 63 were added in the April 26 report.

Levels of new cases remain well below the highs of more than 200 cases seen on some days in early to mid-April.

The total reported cases were derived from tests on 46,166 people for the disease caused by the new coronavirus, resulting in an infection rate of 11.89 percent of those tested.

That rate, while likely still elevated because of the slowly easing shortage of testing supplies in Nevada, has been declining steadily for more than a week, suggesting more people with mild to moderate symptoms of the disease are being tested.

The death toll statewide from COVID-19 remained unchanged at 262. The state typically updates its fatality numbers late in the day.

New figures for Clark County were expected shortly from the Southern Nevada Health District. As of late Sunday the totals for the county stood at 4,274 confirmed cases and 218 deaths.