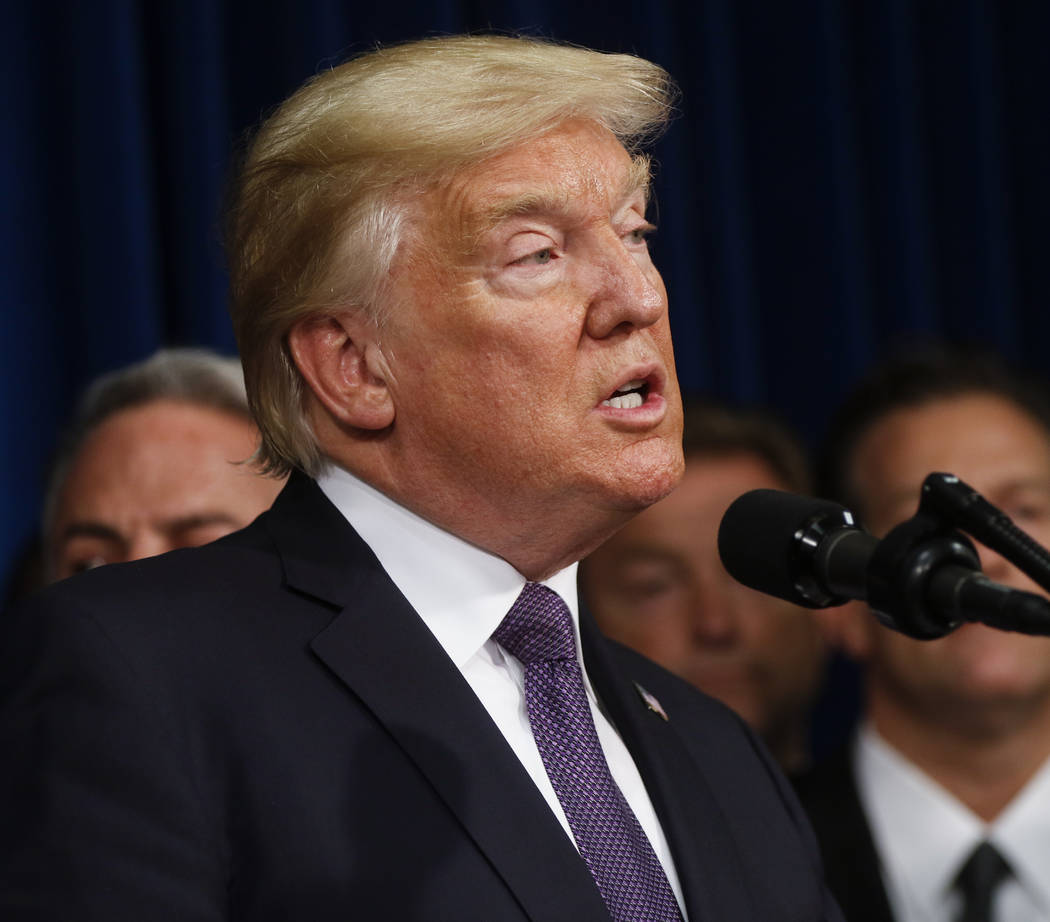 Sure things don’t exist in international relations, but we seem to be witnessing an impending settlement of the nearly 70-year-old Korean War. Kim Jong Un recently became the first ruler of North Korea to officially visit the South, where he conferred with president Moon Jae-In.

De-nuclearization and a peace treaty look like real possibilities. Kim is also working out plans for an announced summit with President Donald Trump.

Who gets the credit? According to Moon and to 19 Republican members of the U.S. House of Representatives, Trump is the man of the hour and deserves the Nobel Peace Prize for bringing the two Koreas to the negotiating table.

Well, maybe so. There’s a lot to happen yet — the peace process is approaching, as Winston Churchill might say, the end of the beginning rather than the beginning of the end — but the thaw undeniably came immediately after, and therefore can plausibly be attributed to, months of bellicose rhetoric from Trump. If things work out, he should indeed get a good deal of credit.

But frankly, I’m not sure why he would want the Nobel Peace Prize, given that trophy’s tarnished history. Four past presidents have won the prize. It’s not obvious that any of them really deserved it.

Theodore Roosevelt was awarded the Nobel Peace Prize in 1906 for his mediation work in the Russo-Japanese war. But as late as four years prior to winning the prize, he had busied himself overseeing the butchery of somewhere between 250,000 and a million civilians (as well as 16,000 fighters) in the Philippine-American War.

Thirteen years later, after campaigning on his promise not to take the U.S. into World War I and then promptly doing so at the cost of 116,000 American lives (and no telling how many additional and unnecessary deaths among the forces of other countries), Woodrow Wilson won the prize for his work in establishing the League of Nations.

Most people think of Jimmy Carter, who won the Nobel Peace Prize in 2002, as the peacenik of American presidents. It’s true that he avoided taking the U.S. directly to war as president, but he oversaw and continued or escalated U.S. support for regimes and actions (such as the Indonesian invasion of East Timor) that resulted in hundreds of thousands, if not millions, of deaths.

And then, of course, there’s Barack Obama. He received the prize almost immediately after his election to the presidency and before he had time to do anything of substance. Having received it, instead of going out and earning it, he continued the wars started by his own predecessors and started new ones of his own.

The Nobel Peace Prize is, so far as I can tell, an annual tribute to political hypocrites who make war while talking peace. South Korea’s president is quoted by his office as saying “It’s really President Trump who should receive [the prize]; we can just take peace.”

If the peace comes about, any credit accruing to Trump should buy him something more worthwhile than such a bloodstained trophy.