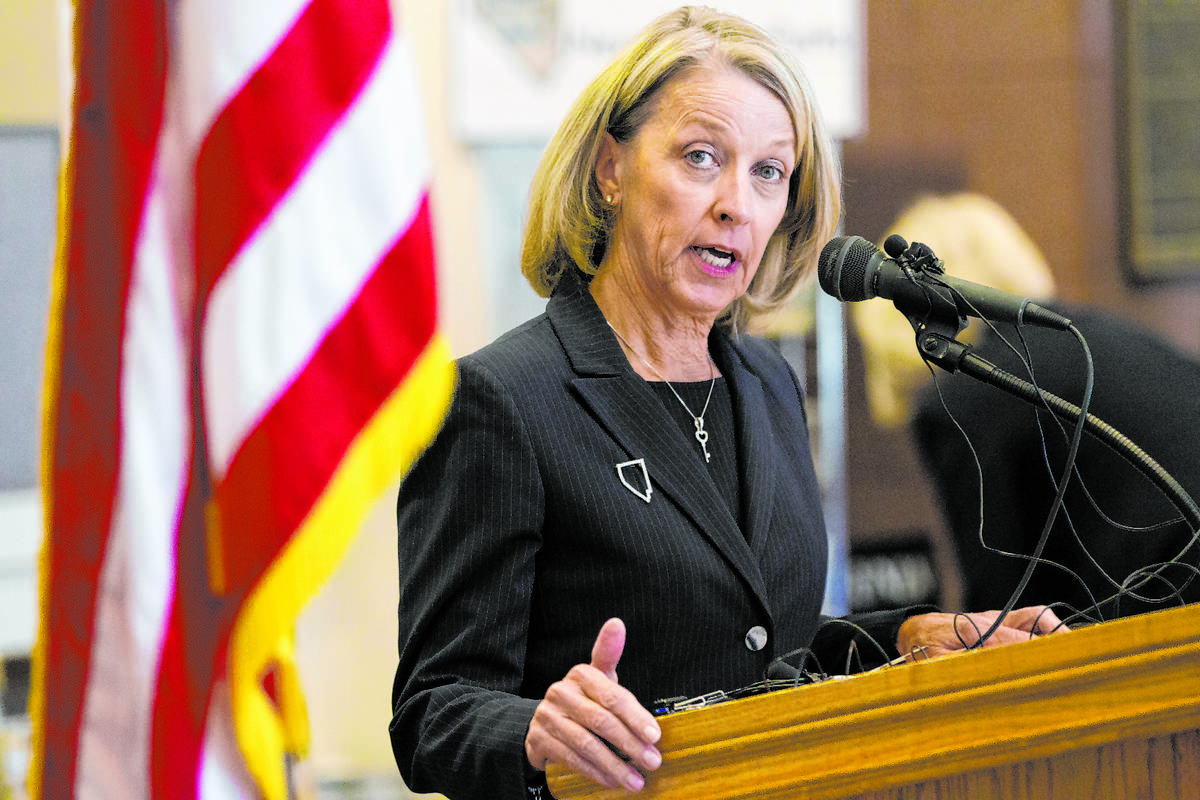 They say if you’ve made neither side happy, it’s a good decision.

It’s an infirm maxim, one that ignores the fact that it’s equally possible to make a bad decision that angers both sides.

But Nevada election officials’ decision to conduct the June 9 primary election almost entirely by mail to reduce the potential for coronavirus exposures has certainly angered the left and the right, both of which are suing.

Nevada’s 17 county elections officials and Secretary of State Barbara Cegavske decided last month to designate every precinct in the state as a mail precinct and to send a ballot to every active registered voter.

As you might expect, there’s not a whole lot of overlap between the two lawsuits. Democrats — who say they want every eligible voter to be able to cast a ballot — contend the rules of the mail-in election are too strict. The right-leaning True the Vote group — which warns of rampant voter fraud — say the rules are too liberal.

If there’s one narrow area of agreement, it’s this: Both groups would prefer more in-person voting, Democrats to ensure nobody is disenfranchised and True the Vote to guard against potential fraud.

Apart from that, however, the lawsuits describe the upcoming election in mirror-opposite terms.

First, it says limiting in-person voting to one site in each county will put undue burdens on some voters and create the very problem officials were trying to avoid: lots of people crowded into a small space. That’s undoubtedly true, but so is the fact that each new polling site adds risks of exposure.

Second, Democrats want ballots sent to all registered voters, not just active ones. (State law says that “each registered voter” in mail precincts should get a ballot.) But inactive voters are those to whom the county has already sent mail and it was returned, so mailing to them seems like a waste of resources.

Third, the lawsuit contends laws against so-called “ballot harvesting” (i.e. allowing someone other than a family member to turn in a mail ballot) will disenfranchise certain voters such as seniors in assisted living facilities.

Fourth, the requirement that clerks match the signatures on the outside of ballots with signatures on file could lead to rejection of valid ballots, and the time period required to resolve any discrepancies should be longer, the lawsuit contends. Ballots with no signature or a mismatched signature aren’t counted until the issue is fixed.

Ironically, election security is where True the Vote says the mail-in election rules are the weakest.

“Though some actual absentee-ballot safeguards remain under the mail-in ballot plan, the elimination of the necessity to request a ballot through the usual procedures is a safeguard that must not be omitted because of the fraud potential of having unrequested, perhaps unexpected ballots arriving around the state,” it says.

Frankly, the True the Vote lawsuit is full of such speculation, saying that voter fraud could, might and may happen under a mail-in election, that it would “all but ensure an election replete with ballot fraud,” that it’s “all but certain” fraud could happen.

Instead, the group prefers in-person voting, where behavior can be checked and voters can be challenged.

There’s no doubt that the Legislature never contemplated the law providing for mail precincts — generally smaller areas with few voters — would be suddenly used statewide. Nevertheless, it is legal: NRS 294.213(4) says county clerks can establish mailing precincts anywhere (and, presumably, everywhere), with the prior permission of the secretary of state, if proper notice is given. (True the Vote contends some of the statutory deadlines have been missed.)

But there’s also no doubt the Legislature never contemplated a global pandemic that turned any close gathering into a life-threatening risk. Wherever they fall on the rules, the courts will surely take the unique circumstances of the present crisis into consideration.

Ultimately, there’s a middle course: Hold the mail-in election, perhaps adding some additional in-person voting sites, observe existing laws against vote harvesting and enforce existing rules regarding signature verification. The potential for fraud is not reality, and the handful of frauds in Nevada have been harshly punished.

We’re living in a new and more dangerous world, but our elections can adapt.