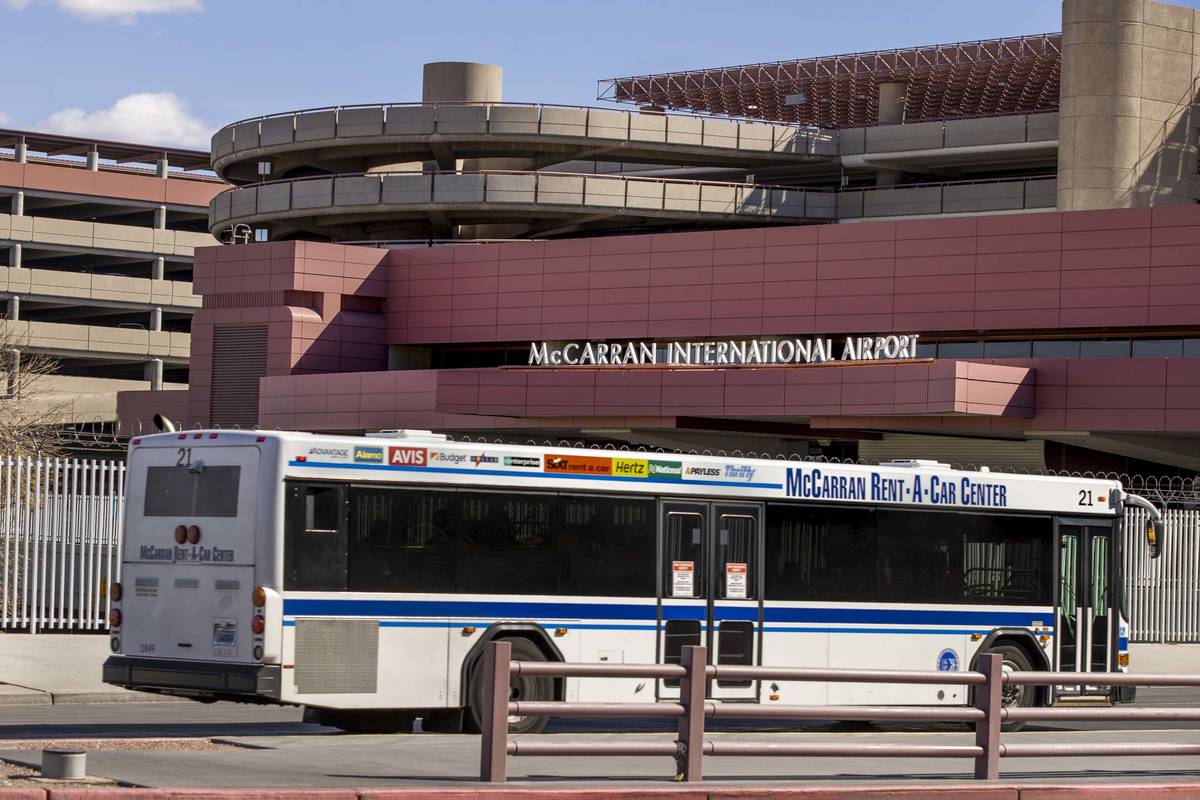 If the question had been put to the voters, it very likely would have failed. (Almost all of the people who emailed, called or tweeted to me about it preferred the simpler “Las Vegas International Airport.”)

But behind the dais at the Government Center, it passed the all-Democrat commission unanimously. All that remains now is the Federal Aviation Administration’s sign-off.

The result was forecast in advance, as most every elected Democrat in the state issued a statement in support, from Gov. Steve Sisolak to Reid’s sometimes-adversary, Rep. Dina Titus. The head of Culinary Local 226’s parent union joined in, as did progressive groups such as Battle Born Progress.

But it wasn’t just a one-sided endorsement: Former Gov. Brian Sandoval, GOP adman Sig Rogich (who once ran a group known as “Republicans for Reid”) and the Review-Journal also weighed in to support the renaming.

The reaction on social media was predictable. The very mention of Reid’s name usually produces acre-feet of derision from conservatives. That’s partly the result of his work as the face of the Democratic Party in the Senate and partly because Reid routinely did something that Republicans hate most in Democrats: He won his elections and most of his political fights.

It’s easy to sympathize with the argument that the will of the public was ignored in the debate. But the people who predict that the vote would cost the incumbents their seats are mistaken.

The 2022 election is more than 21 months away, by which time most everyone will have forgotten the renaming. Other political scandals will divert the public’s attention, and races for the U.S. Senate and Congress will be center stage.

And there will be little to remind anyone of the new name: The airport’s International Air Transport Association code will remain LAS. So your airline tickets and luggage tags will continue to say LAS, rather than HMR (for Harry M. Reid).

The argument that the renaming will cost us visitors is equally vacuous. Do liberals refuse to fly into Reagan National when visiting Washington, D.C.? Do politically correct people object to landing in Orange County, California, because the facility is named for John Wayne? Of course not.

Besides, unless you’re serving in the U.S. Air Force or flying private, the airport is the only way to fly into Las Vegas. And nobody decides to skip a vacation or a convention because of the name on the outside of the facility. In Las Vegas, the only question people will ask about the airport is how quickly can they leave it to start their fun on the Strip.

And besides, if the Reid renaming has shown us anything, it’s that nothing is permanent.

We gaze back into history and judge former Sen. Pat McCarran as unworthy because of his blacklist-era anti-Communist crusades, his racism and anti-Semitism. Although those things were common in his day, our modern morality tells us they should always have been recognized as wrong and evil, and thus some editing of airport signage is in order.

But who is to say that, 60 or 70 years hence, our progeny won’t look back and do the same? That there won’t be a Clark County Commission meeting sometime in 2091, where the all-Democratic — some things won’t change, no matter how much time passes! — commission won’t reconsider.

“Those ignorant, benighted rubes of 2021 had more debate over the airport’s name than the climate change plan they adopted at the same meeting, a weak, timid and ineffective response to what should have been seen as a crucial, existential threat. To hell with them! We’re renaming the airport for (insert future inventor), the woman who developed the first scalable cold fusion generator and saved the planet!”

And then 70 years after that, another all-Democratic county commission may look back again, and …

History judges us all, eventually, by standards we cannot yet imagine or live up to. We know only that judgment will be harsh.

Until then, opponents of the name change can console themselves with this: The airport will be cursed far more for how long it takes to catch an economy lot parking shuttle on a hot summer day than for whose name is inscribed on the outside.