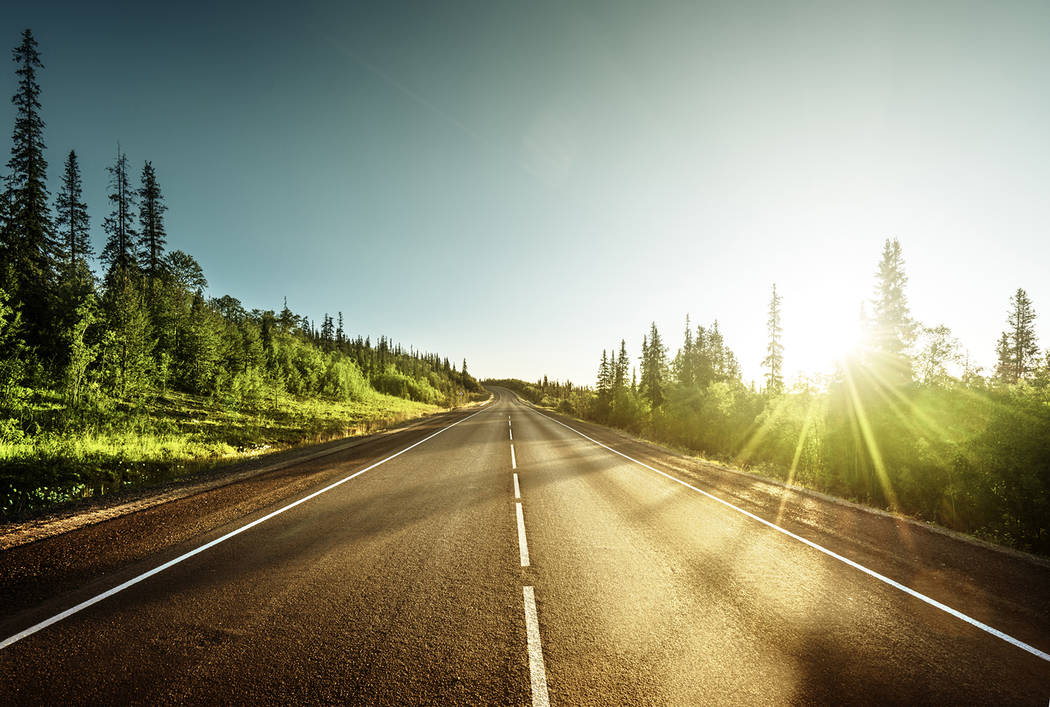 Thinkstock For many of us, summer is the time for family reunions, camping trips, vacations traveling to other states.

Summer is a great time for making memories.

The primary elections are finally over in Nye County and we can move on to the more enjoyable pursuits of summer. The multitudes of election signs that crowded our intersections and lined virtually every street have gone back into their two-year hibernation, leaving a smattering of signs for the November election races that still haven’t been decided.

The summer sun has already reached its zenith and has begun its slow march back to fewer hours of daylight until it reaches its winter solstice in December.

Last week’s Fourth of July holiday marks the unofficial halfway mark of summer. A midweek summer holiday can be somewhat confusing. Do you take a long weekend at the start of the week or at the end of the week? Or do you work the two days before and the two days after the holiday, essentially giving yourself two Mondays and two Fridays this week with one day off in between? Or do you go “all in” and take the whole week off!

Even the casinos in Las Vegas are confused. Do they do fireworks on the weekend and the Fourth of July? If so, which weekend? Some casinos have opted for the strategy of fireworks both weekends and July Fourth so they have all their bases covered.

For many of us, summer is the time for family reunions, camping trips, vacations traveling to other states or Europe, for sleeping in with no school, and for staying up late gazing at the stars in the clear desert night sky.

Growing up in rural Nevada can also mean working on the family ranch tending to agriculture or livestock. It can mean going to work with mom or dad or to a summer job. If you grew up like me, it meant you did all of that and more!

I enjoyed my summers growing up in Nevada but there was that one glorious summer month that I fondly remember when I had the ultimate teen summer job, I was a 16-year-old lifeguard for the 4-H camp at Lake Tahoe. My summer days were spent on the beach watching other teens braving the cold Tahoe water and my evenings were spent around the campfire with all that “coolness” that being a lifeguard brought.

Every family has that “summer vacation” story.

For my family, it was during one of our annual summer trips from Nevada up to Vancouver, British Columbia, Canada to see relatives. One summer, six of us were in my parents’ new VW Beetle, heading up Highway 1 through California, Oregon, and Washington. Mom and Dad up front, three of us in the back seat, and for good measure, my littlest sister stuffed into the storage well behind the back seat. The luggage was on a rack strapped to the roof of the car. Somewhere in Oregon, we had stopped at a gas station to fill up and use the restrooms.

We dutifully got back into the car after our business and Dad headed down the highway. We had been driving about 15 minutes when Mom started asking each of us what we wanted to drink. She called my littlest sister’s name, no response. We turned and looked behind the back seat and there was no littlest sister in the well.

She had accidently been left at the gas station. Panicked, my dad turned and drove back to the station as fast as he safely could. My sister was still there, sitting with the station attendant enjoying a soft drink. I don’t remember saying this, but my mother tells me that all the way back I kept saying “she’s probably been kidnapped, we will never see her again.” The attendant told my mom that it happened all the time in the summer. Try doing that in today’s world and see how it works out for you, I am guessing not so well!

Summers are the perfect time for making great memories. Even crazy “vacation” ones. They are the best kind!