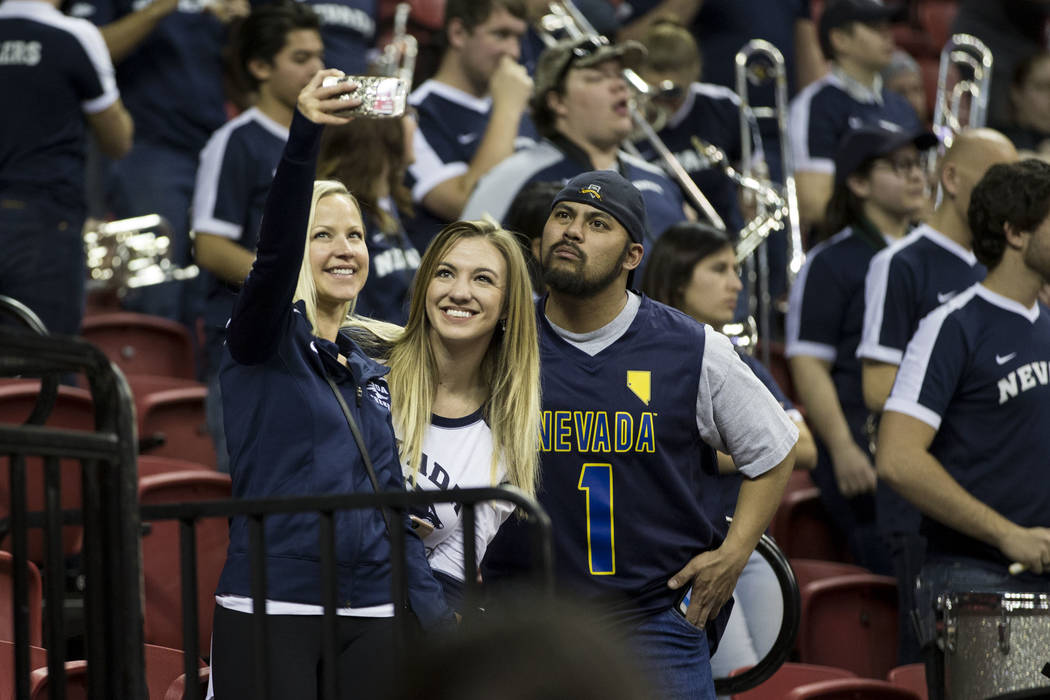 There are many things that divide us. Democrat vs. Republican. Whether biology or feelings determine gender. Whether a toilet paper roll goes over or under.

But for a couple of brief hours last month, Nevadans united around a common cause — cheering the improbable run in the NCAA Tournament by the University of Nevada, Reno’s basketball team. It’s exactly why politics and sports shouldn’t mix.

If you missed it, the Wolf Pack lost by a point to Loyola-Chicago in the Sweet 16. It was the team’s third thrilling game in a row. The Pack’s success even generated support from fans of its biggest rival, UNLV.

Sure, those are easy points for someone running for office, but how many events bridge the political and cultural divide? Not many.

That’s not a good thing in a country split by political polarization. Last year, a Pew Research Center survey found the largest gap between Democrats and Republicans on political issues since it started conducting the survey in 1994.

With social platforms such as Facebook, it’s easier to connect than ever before, and people are connecting — with like-minded people. That’s great when you’re looking for a group that shares your hobbies. There is a downside, however, when it comes to politics. Your neighbor’s interest in whitewater rafting may not affect your life, but his political decisions can and vice versa. Unlike in the free market, where transactions are voluntary and mutually beneficial, government actions are carried out by force.

The growth of government, especially the federal government, makes this divide problematic. The Founding Fathers set up a system, federalism, in which states were meant to be the center of the policy debate. California could allow partial-birth abortion. Texas could make abortion illegal. Instead, the retirement date of Justice Anthony Kennedy looks poised to determine if conservative or liberal policy will dominate over the next two decades.

That’s where sports come in. It’s one of few things in modern society with mass appeal that can unify political opponents. Does it matter to a Dallas Cowboys fan if someone cheering for his team is a Democrat or Republican? Of course not. But, whatever your political allegiance, get out of here if you’re a Giants fan.

These friendly rivalries are good — and, really, this is going to be the Cowboys’ year. As you engage with someone who has different political opinions, you generally find they’re pleasant and likable — and they learn the same. Relationships don’t get created in a vacuum. You need conversations and shared experiences to build friendships. These personal friendships can still even produce win-win solutions narrowly tailored to specific communities.

But those conversations won’t happen if sports remain the newest front of the broader culture war. Just look at what happened after Colin Kaepernick knelt for the national anthem to protest “a country that oppresses black people.”

President Donald Trump blasted the protests, which led to more players protesting and a ratings decline.

How many friendships did that prevent?

Last month, Nevadans could all root on the Wolf Pack. In a state that’s already in the midst of a heated election season, that, in and of itself, was something to cheer about.