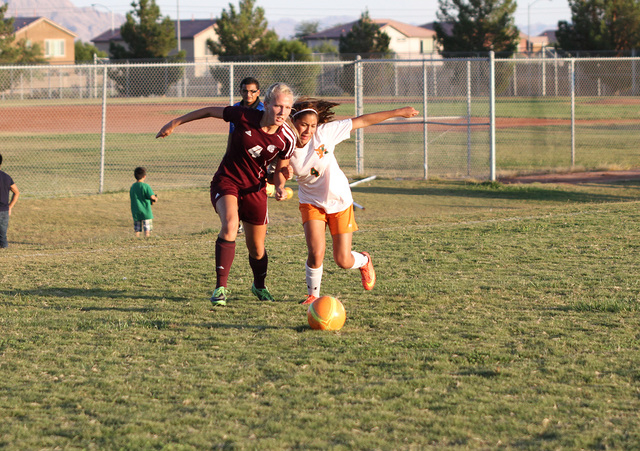 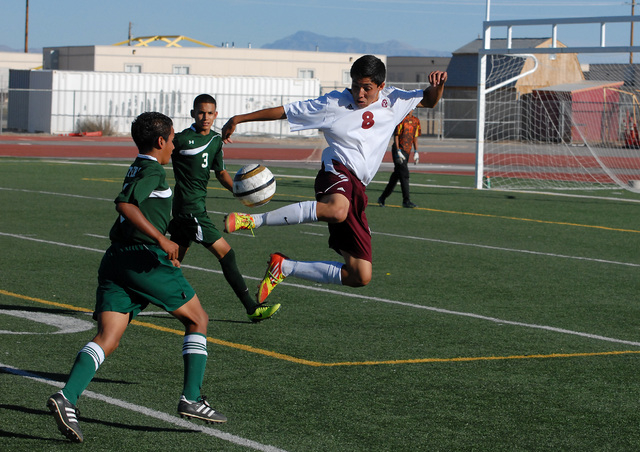 The game was back and forth with the Trojans playing much better defense since their last meeting with the Rattlers, who scored eight goals in the first game.

The Pahrump goalkeeper, Victor Gomez, made some spectacular saves against Mojave and deserves some credit for keeping Mojave to just two goals.

The final goal by the Rattlers came with 6:38 left to go and that seemed to put the last nail in the coffin for Pahrump, who was not able to recover.

Trojans Coach Don Boulden was away on personal business so Trojans Assistant Coach Jason Varughuse coached the game. He said the Trojans wanted this game and tempers flared a few times during the game.

“I told the boys at halftime that they will face adversity and they will not just hand us the game. The game will get physical and get tough and they need to persevere through that,” he said.

The coach felt the goals in the second half occurred because the Trojans’ defenders could not adjust.

“Our defender didn’t stay inside and the Mojave player got the inside part of the lane,” the coach said. “So Mojave had a great alley way for the goal. You get close games like this and it only takes one mistake. I think we had so many opportunities and we just didn’t finish. Especially in the first half.”

Trojans Coach Pam Larmouth said it was difficult to score because the Mojave team put 10 players in the box and you have to try to score with three players against 10 players. “The girls weren’t passing back to pull the players out of the box and so the first half was pretty dismal,” Larmouth said. “We had upwards of 20 shots on goal the first half.”

Sydney Dennis scored one goal and Brittany Klenczar scored the other. Both goals were scored in the first half.