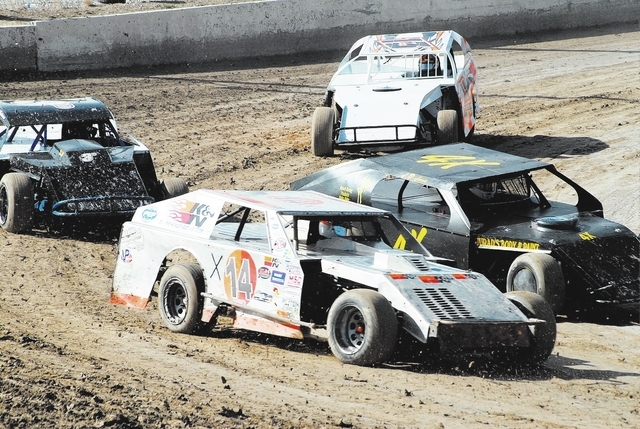 The racing season is over as far as points, but track promoter and owner Chad Broadhead wants to introduce a new race and it’s for the money. The Pahrump Valley Speedway will be hosting “Day after the Duel” on Nov. 10 starting at 3 p.m.

As the name suggests, the race is designed to catch all the racers who did not get enough action by racing at the Las Vegas Motor Speedway’s “Duel in the Desert.” This year the duel race will be from Nov. 7-9. Last year was the 16th annual race and this race attracted 253 IMCA Modifieds, which set a record for entries. In addition to that, there were 55 sport-modifieds for a separate race.

Broadhead said he thought the Las Vegas Speedway’s Duel in the Desert was an excellent opportunity to catch racers from out of town. The drivers will be in Las Vegas and Pahrump is just a hop over the hump to get here.

“People will be coming from all over and this should put us on the map,” Broadhead said.

Broadhead’s new race will be a 40-lap feature race with the IMCA Modifieds for the grand prize of $1,500. The Super Stocks will also be racing for $250 and that will be a 25-lap feature. Sport-Modifieds, or also known as the Mini-Modifieds, will come back for this race too. These modifieds were eliminated from the Pahrump Speedway for lack of entrants, but many of them are racing in Las Vegas.

Tony Kincade, a local racer who travels all over the west looking for racers thought it was a great idea.

“This race is spreading by word of mouth and I think we will get at least 30-40 drivers out here who also will be racing Las Vegas,” Kincade said.

Other things spreading by mouth are rumors that the track has been sold. People have heard rumors at the track at recent races that Broadhead wanted out.

Broadhead said he wanted to set the record straight and that he just didn’t understand why anyone would want to start a rumor like that. He said the rumors are false and denied any of them had any truth to them.

“I am not going anywhere,” Broadhead said. “Bob Huffman and I have done everything we can to keep the track open. I can’t believe people are saying things like this. Where were these people five years ago? Nobody stepped forward then to run the track, but I did.”