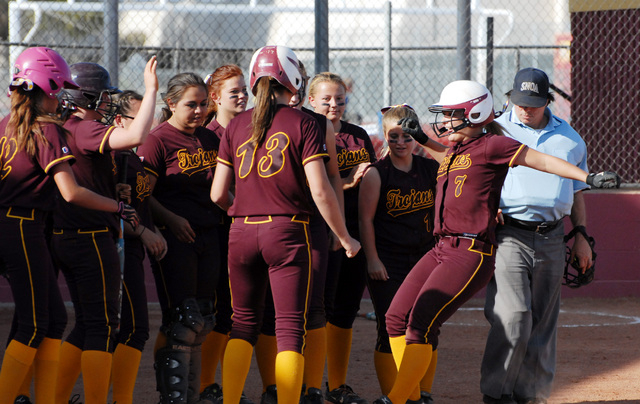 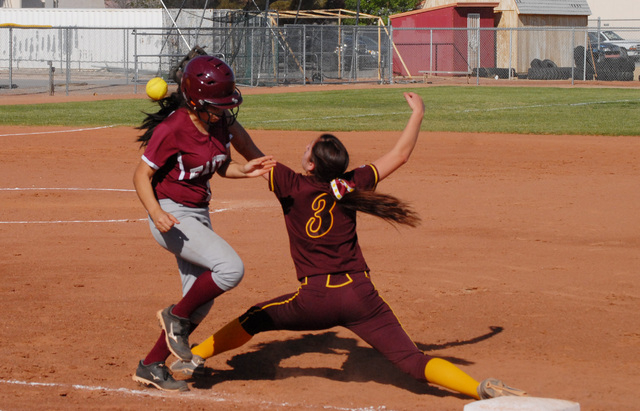 Ask anybody who has been studying for a test for weeks how they felt after they failed and the answer would probably be lousy.

This pretty much sums up how the Lady Trojans felt after they failed their first major test of the year to the Faith Lutheran Crusaders, 10-3 on Thursday.

Trojans Coach Eli Armendariz had to bounce his team back because the very next day they played in a doubleheader against Virgin Valley.

“After Faith, I told them it was not our best game, but it’s done. We just have to move on,” he said.

Against Faith the girls just couldn’t get the offense going against Faith pitcher Mosie Foley, who gave up 8 hits in 7 innings.

Their defense wasn’t good either with 9 errors in the game. Foley had one difficult inning in the 2nd when the Trojans sent 6 batters to the plate on 3 hits, left 1 and scored 1.

Trojans pitcher Whitney Roderick had a decent game. She gave up 10 runs on 8 hits and struck out 10.

Without the 9 errors, the Trojans would have been in the game. Some examples of the errors that occurred: two of the errors occurred at first base involving routine throws, another one occurred during a rundown at third base and another was a flyball that landed in the glove of the outfielder and just popped out.

The Trojans scored another 2 runs in the fifth inning. Melanie Lawdensky got on base with the score still respectful at 4-1 and Bryana Soliwoda came up to bat with 1 out and laid into the ball. She hit the ball clear over the right-center fence.

The Crusaders answered back with 5 runs in the top of the sixth to put it out of reach for the Trojans. Pahrump gave up 3 errors in that inning.

After the Faith game, the Lady Trojans traveled to Mesquite to play the Virgin Valley Bulldogs.

During the game, the girls were in a much better mood said the coach. During the first game Whitney hit 3-3. She had two doubles and a triple. In those two games, the Trojans scored 36 runs. (24-1 and 12-1)

“Just keep them in a good mood and they will hit well,” Armendariz said with a chuckle.

The Trojans are 2-2 in League and 12-6 overall. Clark County schools are on spring break so the Trojans are idle against league opponents, but will be traveling to Majestic Park in Las Vegas for a tournament on Thursday, Friday and Saturday.