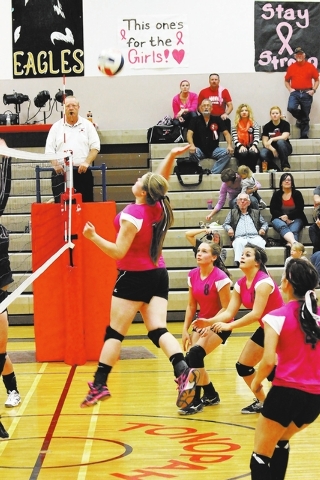 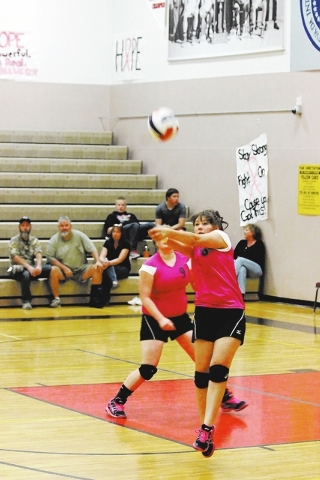 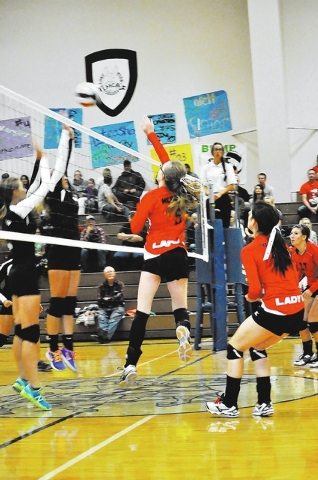 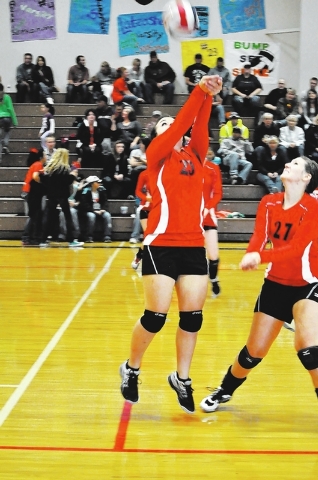 It was a great weekend for Lady Muckers’ volleyball, as both junior varsity and varsity were able to defeat their opponents. The girls won their league game against Round Mountain away and also an additional friendly game against Sierra Lutheran at home.

The Muckers JV beat Round Mountain in two matches (25-14 and 25-17). They repeated the feat against Sierra Lutheran in three straight matches on home turf Saturday.

Moreover, the varsity team added up two more victories on its list of wins. On Friday, they visited Round Mountain and won 3-0 (26-24, 25-23, 25-15). Muckers coach Harvey Gonzalez said the key was partly due to the good defense.

“Staying composed when things don’t go the way we planned. Our defense helped pull us through,” said the varsity coach who is “very proud of these young ladies.”

She said teamwork was the key to the match.

“The focus was on the game, not the score,” Gray said.

It was an accomplishment that put the Muckers 2-0 in league play and left its opponent 0-2.

After visiting Round Mountain on Friday, the Muckers returned home to play Sierra Lutheran on Saturday. The Muckers beat Sierra Lutheran in three straight matches (25-21, 25-19, 25-2) in the non-league exhibition game.

Gray was proud of her team after the game.

“The team played well and we were in sync. Sierra Lutheran is a good blocking team, but our hitters fought through their blocks and put the ball on the floor,”she said.

Gray agrees with her coach and believes the defense was responsible for the win. “Our defense was strong returning the majority of Sierra Lutheran’s serves, hits and tips,” explained Gray. This additional game was used for working on the team issues and to make it stronger.

With these wins, the Lady Muckers are more confident for the homecoming clash against the team from Lund. Gonzalez believes Lund to be a difficult team to play. “Lund is a very well coached team and disciplined,” he said. “We will plan for them as every other team. We’ll try to make less mistakes and capitalize on theirs. We will need to play with a solid defense and fast attacks,” he explained.

Ashley Gray believes the team will take the court with confidence, determination and focus.

“We want to play a solid game for our home crowd,” Gray said.