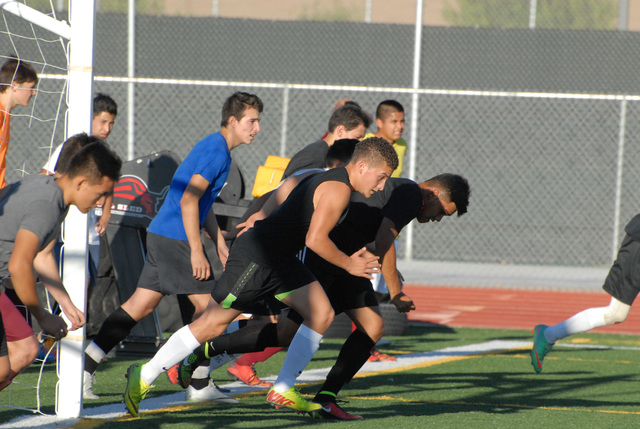 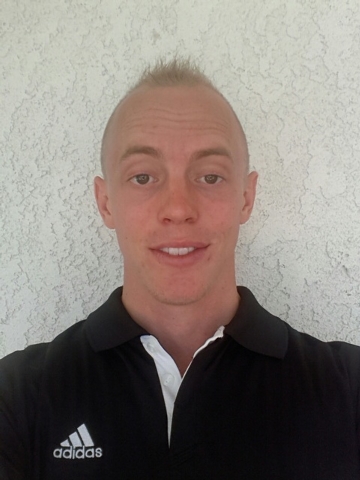 The Trojans will have a new junior varsity boys soccer coach for this year, Wes Icard. Icard played for Pahrump Valley Trojans and graduated in 2005. He played for Chris Johnson, who coached at Pahrump from 2004 until 2008.

Under Johnson the team went to the state semifinal game in 2004 and to the state title game in 2005. Icard played for both teams. He said he has been playing the game for 22 years.

Icard was the offensive player of the year for the Trojans in the 2004 soccer season. He followed Johnson to Humboldt State University in 2008 with hopes of playing more soccer, but injuries have kept him from playing.

“I have been trying to play college ball. I hurt myself playing with the Humboldt State team in December and I broke my fibula. I had surgery and then went to Europe with a broken leg to the Czech Republic,” Icard said. He added he has another year of eligibility and will try to play for Humboldt again.

The young coach said he also had the experience of training with a team in Germany. He said playing in Europe has taught him a lot. In his opinion, American soccer tends to be at a faster pace.

“I learned Germans plays a very technical game. So I have learned to slow down a bit. American style is pretty much go, go, go — attack, whereas Germans like to go really slow and then open it up,” he said.

He believes the Germans like the longer passes. “They don’t move forward so quickly. The Germans tend to have more patience. They move the ball more,” Icard explained.

Icard would like to see his junior varsity team play with intensity and borrowing from both styles of play. “I would like to implement the intensity of the American style and patience of the German style,” he said.

Icard is looking forward to his season with Pahrump.

“I like coaching. I told the school that I was going to be in town until spring and they gave me a call. I told them I could coach the JV team and that it sounded like fun. I like the fact that I can teach these kids something. I will be able to help develop them and ready them to become varsity players,” the coach concluded.

Icard is an economics major and has a minor in German and physics. The Trojans are at Virgin Valley this weekend for a tournament.