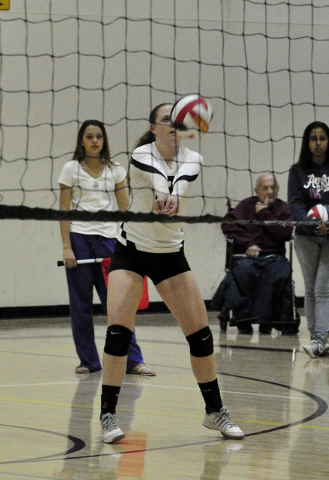 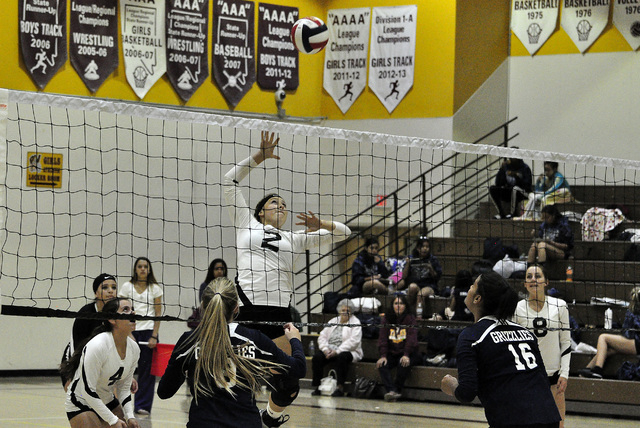 The Lady Trojans got off to a good start by winning the first game. The girls never appeared overwhelmed or overpowered by the Grizzlies. The teams actually were evenly matched.

Trojans Coach Jill Harris believed her girls played a lot better than the first meeting with the Grizzlies.

The Trojans have a lot to look forward to because of the young players that hustle so much on the court. One of those players is Samantha Padilla, who was seen setting in game one. Harris said Padilla can set and plays as a defensive player.

“She hustles and generally reads the court fairly well,” the coach said.

Bethany Calvert is another such player that Harris is investing time in.

“The beauty of Bethany is I can put her in any spot for anyone and she will get the job done. She is what you would call a true utility player,” Harris said.