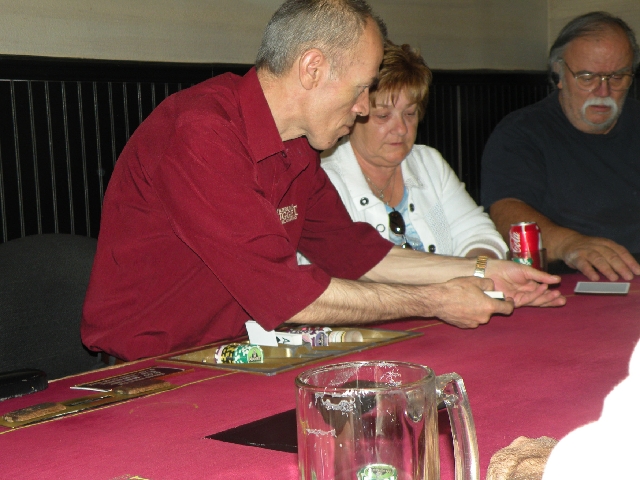 American Legion BMI Post 40 in Henderson will be sponsoring a poker tournament on Sunday, June 23 at the Pahrump Nugget poker room to benefit the Nevada Youth Baseball Association. The tourney starts at 11 a.m. and will be no-limit hold’em.

Legion Coach Brian Hayes said the money goes to help the players pay a $3,000 league fee collected from each team.

Pahrump has two American Legion teams, a coaches league, which has youth from 13 to 16 and the silver team, which has youth from 16 to 19. The coaches league is mainly a developmental team. Kids on this team are learning what it takes to play for a high school team. The silver league is the competitive team. Last year’s silver finished in third and went to the playoffs.

The money raised from the tournament will support all the teams. Hayes said most of it will go to the silver team because of the large fee. Money will also help pay for uniform costs.

“If we make enough money in this tournament, we are not going to charge any more money. If we don’t, we have to ask parents for more money. The bottom line is we are trying to raise enough money so we don’t have to charge the kids more to play,” Hayes said.

The coach said the $3,000 is used for teams, which end up in finals, which will be in Kansas this year, and if Pahrump goes, the NYBA picks up the cost of travel and hotel.