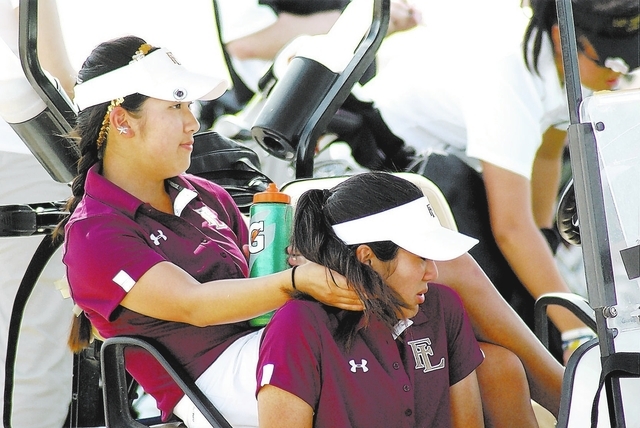 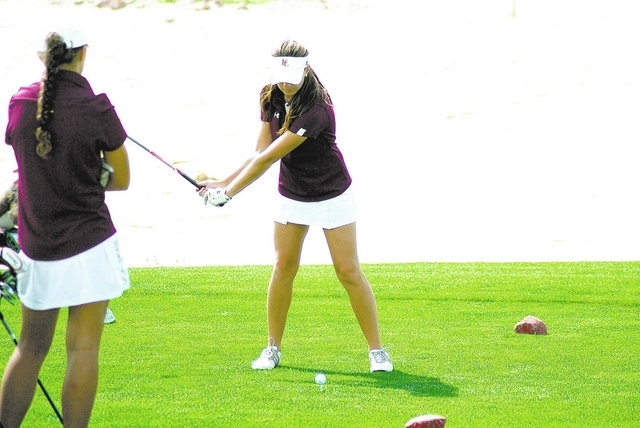 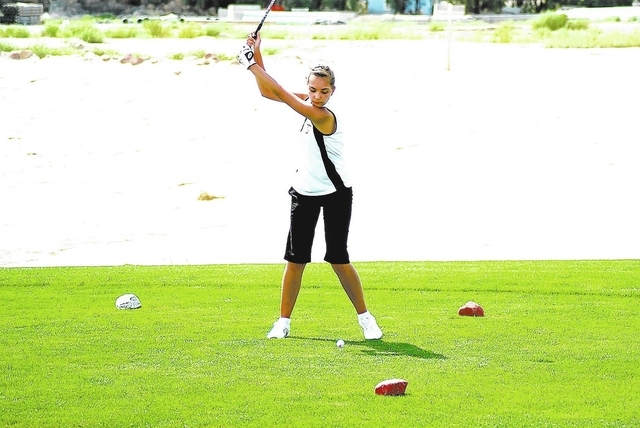 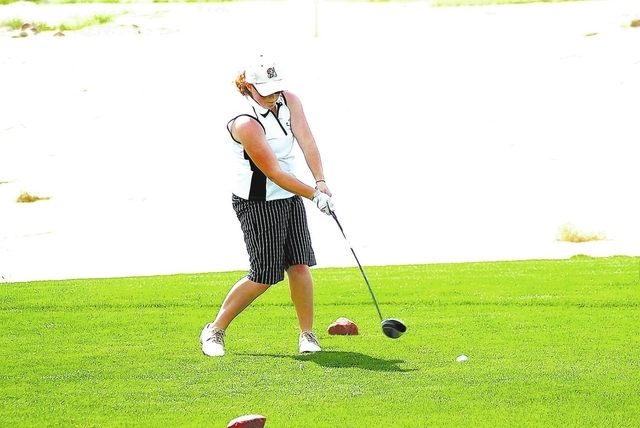 The Trojans girls golf team had their first league match on Wednesday. The entire Sunset League came to Pahrump and played at Mountain Falls Golf Course with a tee time of 11 a.m.

Julia Becker for Faith Lutheran carded a 1-under-par 71 to take the match. The other girls on her team shot in the 80s. Faith, as a team, finished in first with 323. Clark was second with a 368 and Pahrump took third with a 475.

The top three golfers for the Trojans were Natalie King with a 114, Jayde Woodworth with a 123 and sophomore Courtney Berry with a 123.

Trojans Coach Julie Floyd discussed her players before the match.

“The team is improving daily and they are so young that the girls tend to improve very rapidly. From the start of this season to the end of this year, I expect to see a lot of improvement. They are a great group of girls and they work hard every day. They are young and they will learn a lot this year and, if they all stick with it, by the time these freshmen and sophomores are seniors, we should be pretty decent,” Floyd said.

According to Floyd, Woodworth is a returning junior and the leader of the team. She is followed closely by sophomore King. This year the Trojans are composed of mostly sophomores and freshmen on the team. Shay Neth is a freshman to be watched in the coming years.

Faith Lutheran’s team is favored to repeat as state champions this year.

Faith Coach Mark Cheney talked about his team and their chances.

“It’s an experienced group. We have four seniors and a junior playing. Four of these kids played in the state tournament last year, so they are experienced. They have a goal for winning the regionals and the state tournament again. We opened the season last week at the Antigua National Invitational in Scottsdale. Ariz. We finished ninth out of 18 teams. It will be one of the toughest courses all year. Becker is my top golfer. Sarah Paravia is second and number three is Bri Yee,” he said.