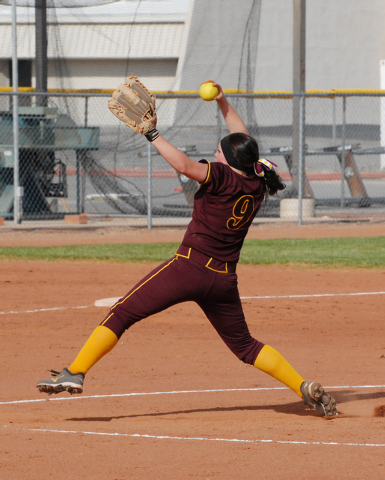 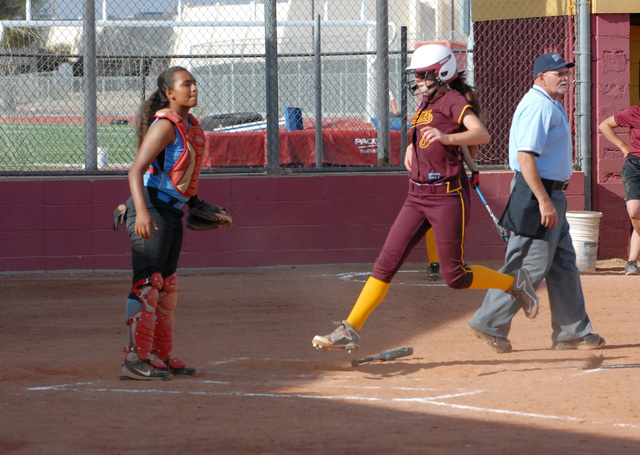 The Lady Trojans softball pitching is on fire. In the last two outings, pitcher Whitney Roderick had nine strikeouts against Tech and 8 more against Western. Roderick could easily have had more strikeouts, but Trojans Coach Eli Armendariz took her out to give backup pitcher, Amanda Pryor, three innings.

The Trojans are now tied with Cheyenne at 2-1 in the division for second going into the game on Thursday with Faith, who is 3-0. The Faith game was to late to report.

Roderick did a great job of keeping the ball low and the Warriors never got on base to threaten or even hit.

Pryor had 4 strikeouts with a combination of ground outs and fly outs to keep the Warriors hit-less.

Pryor said her pitching was not where she wanted it to be, despite the good showing.

“My velocity was low because I did not get a good warm-up and my pitching was all over the place. On my hitting, it’s irritating me,” Pryor said. She flied out twice and got a double.

Offensively the Trojans had 8 hits against Western. The girls got 1 in the 2nd inning and in the 3rd they turned up the heat and scored 4 runs off of 4 hits. In that inning Roderick, Lauren Koenig, Bryana Soliwoda and Pryor hit.

In the game Roderick, Krystal Kaiwi and Koenig went 2-3.

Koenig said she was satisfied with her bat. “I feel pretty good. I have been struggling at the plate lately. I felt good to finally get a good hit,” Kaiwi said. She drove the ball to right center in the 5th inning for an RBI.

On defense, the Trojans made some changes with the return of Maddison Hurly to the lineup. In the game, Soliwoda came back to third base and Hurley returned to the outfield.

Trojans Coach Eli Armendariz was more than satisfied with his pitching during the Western game.

“Pryor did fine. She is a very serious player on game day who wants to do well. Even though the score doesn’t reflect it, I don’t think we ever were challenged at all. We just didn’t hit the ball in certain spots. We didn’t hit the ball where they weren’t,” Armendariz said.

The Trojans left 5 runners on base, which is what they did against Tech the week before.

Armendariz said his team is ready for the 3-0 Faith Lutheran team. Faith just killed Cheyenne 8-2 and in that game they hit 2 home runs. This will be a good game for Roderick to test her arm against good hitters.

“We will give them our best and see what our best does,” the coach said.