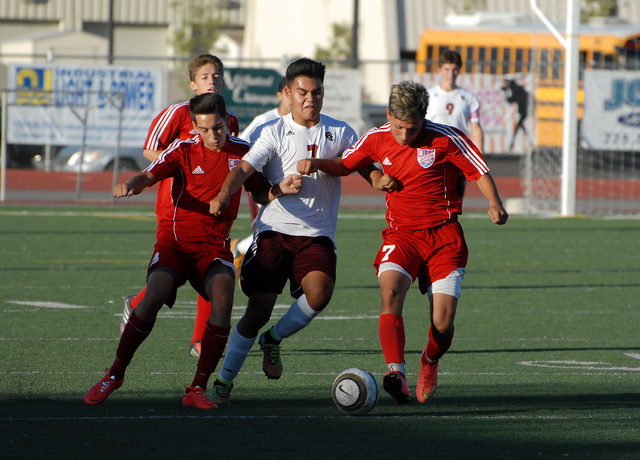 Luck just made the Warriors that much harder to beat last Thursday. The Trojans hosted Western, one of the league division leaders, and lost 5-1 at home.

“When we do the right things and the guy bends it around your wall (on a penalty kick) and it hits a post and goes in,” Boulden said. “Come on! That is the one percent of the luck you need in every game and they got it. We had two goals go through legs, one went through the goalkeeper and the second went through a defender. Luck just went totally with them today.”

Western scored a second goal at 18:14 left in the half and that made the score 2-0 at halftime.

The Trojans came out strong in the second half and at 33:48 the Trojans had a penalty kick. Jose Nunez kicked the ball near the goal and Nolan Toomer was able to head the ball in for the goal to make the score 2-1. That would be as close as the Trojans were going to get as they then gave up four unanswered goals.

As the second half wore on, the two teams became hot-headed. Two players from each team were yellow carded within a two-minute period. Boulden said Western was coming off a bad game with Clark.

“Western just came off a loss against Clark and that was their first loss in 3-4 years. It was rumored that they were mad,” he said.

Boulden said his team had to keep working hard, but couldn’t keep the energy going. In the second half Pahrump had plenty of opportunities to score on penalty kicks, a couple of corner kicks, but just couldn’t get the ball into the net.

“In reality too, one of our problems has been finishing,” Boulden said. “We get many opportunities and don’t finish. We have to stay the course and keep working. We have to keep doing the little things so that the big things work.”