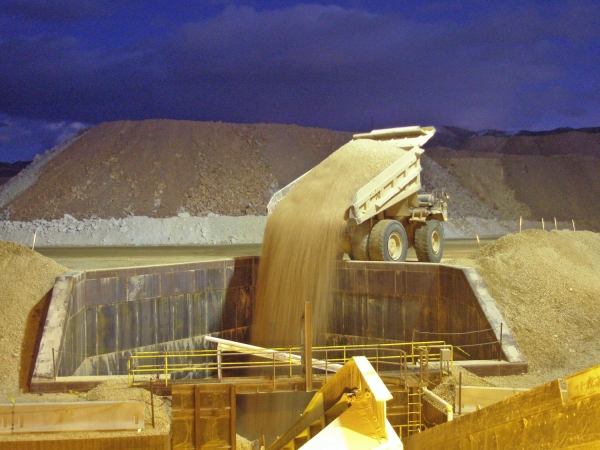 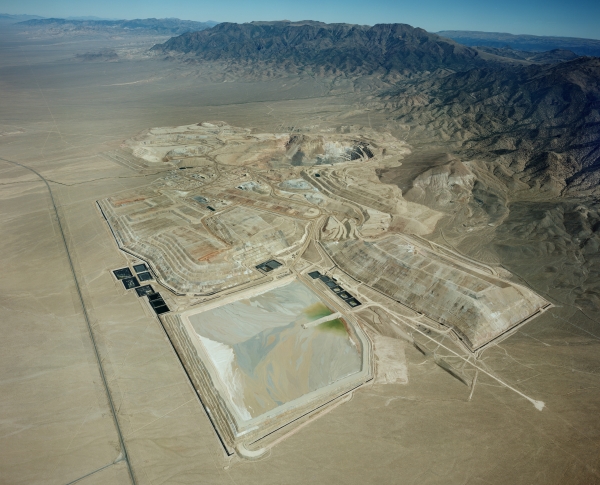 The acquisition of the Round Mountain Gold Mine by Kinross Gold Corporation will not impact the Nye County economy, officials said following closure of the deal.

Barrick Gold Corporation is on track to meet its stated debt reduction target of $3 billion for 2015, which will represent a 23 percent reduction in total debt since the start of the year, according to a statement provided by the company.

“It made sense to sell our 50 percent (interest) at this time because the mine was non-core to Barrick and we committed to selling non-core assets in order to repay debt in 2015,” said Andy Lloyd, senior vice president for communications at Barrick Gold Corporation.

“This deal is the right fit for Kinross, the right size in this gold price environment, and in the right jurisdiction. It adds immediate value, presents clear upside potential and builds on Kinross’ platform in Nevada, one of the best mining jurisdictions in the world,” Hendriks said in an email.

Dana Bennett, president of the Nevada Mining Association said the decline of commodity prices in the last couple of years led the mining industry to make changes to the way business is conducted.

“Although the Nevada Mining Association does not predict mineral prices — no one can — our most recent survey indicates our members are optimistic about the industry’s future in Nevada,” Bennett said.

In Nye County, where the recovery of gold prices has had a major impact on the budget, officials said the production numbers for gold this year will not change anything for the county. In 2016, the county will not receive anything for net proceeds tax that refers to the fee imposed by the state on minerals that are sold, similarly to sales tax.

“Back when we had a healthy revenue of around $38 million to work with each year, the contributions to that figure by the Round Mountain Gold facility, their ancillaries and their employees’ property taxes contributed an average of 25 percent of that total,” Nye County Commission Chairperson Lorinda Wichman said.

That average has held since the early 1980s, with the revenue diminishing over the last seven years the gold prices, sales and use tax and property tax in the Smoky Valley have held more constant than in other parts of the county, resulting in the average moving up to nearly 30 percent of the general revenue funding, Wichman said.

The traditional net proceeds tax from a payment due on a solid mineral was changed to an estimated net proceeds tax due on anticipated future gold sales a few years ago when the state of Nevada had difficulty meeting budget needs.

“Due to the changes in how the net proceeds taxes are calculated and collected, fiscal year 2016-2017 is going to be heavily impacted by a lack of any net proceeds coming in,” Wichman said. “The BoCC and staff have anticipated this and removed the net proceeds from the revenue when budgeting.”

In 2014, Round Mountain Gold Corporation paid $4.9 million in net proceeds tax. The operation also contributes to the state and Nye County economies by paying a sale and use tax, payroll tax, modified business tax and property tax.

Round Mountain Gold Corporation was the second top assessed taxpayer in Nye County after the Crescent Dunes Solar Energy Plant in Tonopah according to a recent report released by the Nevada Mining Association.

Over the past four years, Round Mountain Gold Corporation has produced between 300,000 and 385,000 ounces. The current forecast for 2016 is in line with those figures, Hendriks said.

“Like all companies, it is essential for RMGC to turn a profit, and we will continue to mine for gold as long as we can,” he said. “While we are currently in a challenging market, Round Mountain is performing well. In the third quarter of 2015, it became Kinross’ third-lowest operation, achieving its highest production in six years and lowest cost of sales per ounce in three years.”

“Our impact to the county budget is significant, and we will do everything in our power to continue mining and be a strong partner to local groups and Nye County,” he said.