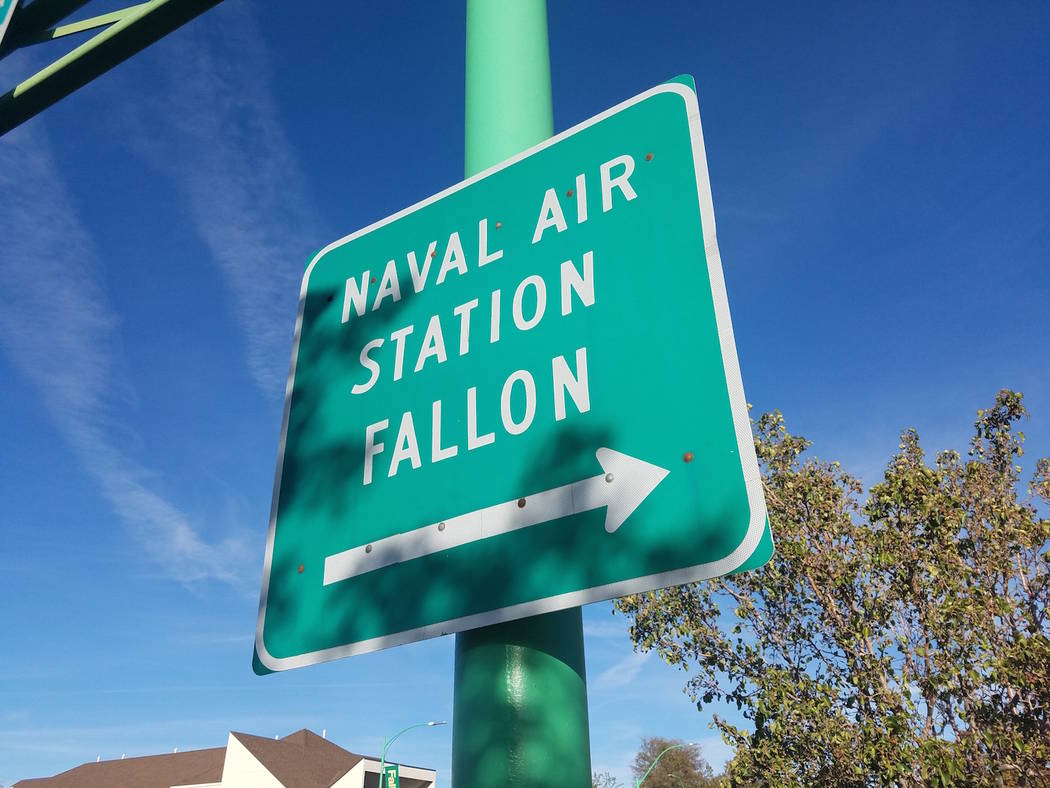 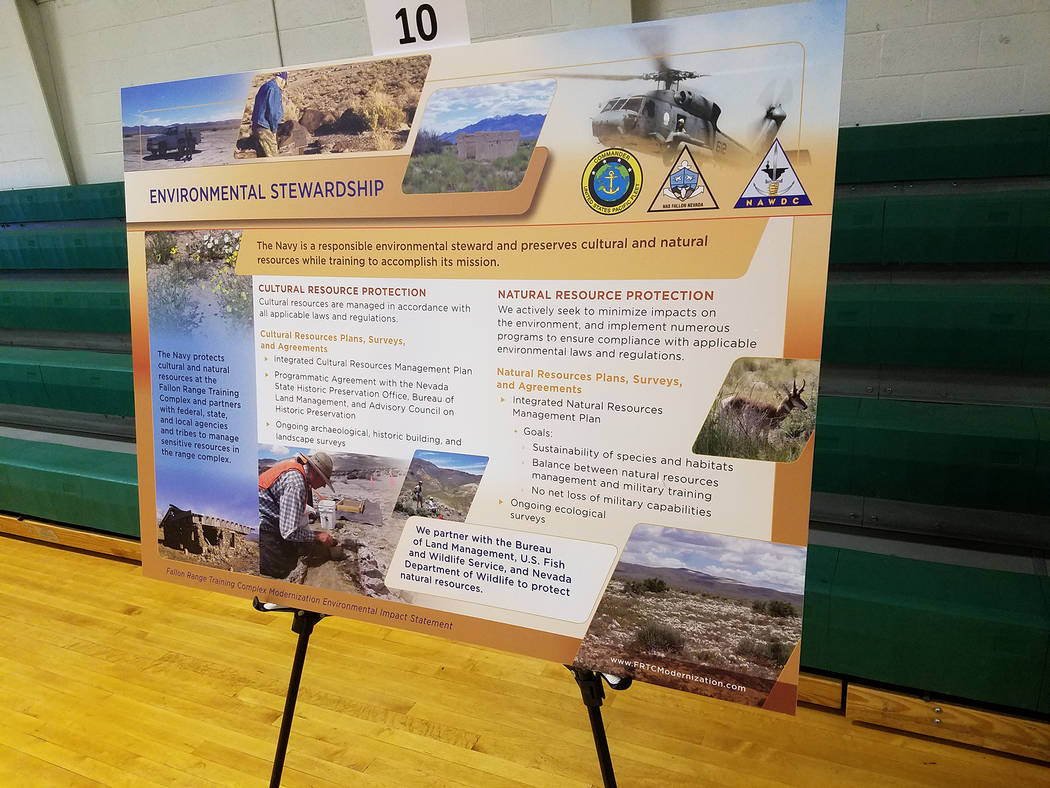 A large Navy display in Gabbs, as shown in a fall photo, highlights the environment as a key topic. A public meeting was held there in October on the proposed expansion of the Navy's Fallon Range Training Complex, which would include Nye County. David Jacobs/Times-Bonanza & Goldfield News

The Navy will conduct public meetings in Gabbs in Nye County and Hawthorne in Mineral County this month to get feedback on the Draft Environmental Impact Statement that assesses the potential environmental impacts of modernization of the Fallon Range Training Complex.

On Nov. 16, the Navy released a 1,536-page draft plan to withdraw more than 600,000 acres of public land in Central Nevada for expansion of a bombing range as part of the National Environmental Policy Act (NEPA) process. A separate proposal to expand the Air Force’s Nevada Test and Training Range would bring the proposed withdrawal to 1.75 million acres of public land.

The modernization would include renewal of the Navy’s current public land withdrawal and land range expansion through the additional withdrawal of public lands and the acquisition of non-federal land. In addition, the Navy plans to expand and modify its airspace and upgrade range infrastructure.

In its environmental review, the Navy proposed four alternatives, one of which includes taking no action.

Alternative 1 calls for extension of the existing bombing range over a portion of Nevada Highway 839 near Hawthorne and part of the Paiute Pipeline, a natural gas pipeline. Under Alternative 1, the Navy would limit public access to the lands that have been requested for withdrawal. Some of the public uses that are currently allowed on those lands are grazing, hunting, mining, geothermal development, solar and wind energy development, off-highway vehicles, camping and hiking, according to the documents.

Under Alternative 2, the Navy would expand the Fallon Range Training Complex to the same extent as in Alternative 1 but would allow certain public uses within specified areas of several bombing ranges, when the ranges are not operational, according to the documents.

Alternative 3 would move the bombing range farther to the southeast, retaining access to Rawhide Mine, avoiding Fairview Peak, a popular spot for hiking and mountaineering in Churchill County, and providing increased access to Sand Springs Range. Unlike under Alternatives 1 and 2, the Navy would not withdraw land south of U.S. Route 50. The Navy instead would allow Congress to categorize the area as Special Land Management Overlay created through withdrawal legislation.

This Special Land Management Overlay would define two areas as “military electromagnetic spectrum special use zones,” according to the documents. These two areas would be public lands under the Bureau of Land Management and would not be withdrawn by the Navy for land-based military training.

The zones would remain open to public access and available for all BLM-allowable uses such as grazing, hunting, recreation and mining. However, prior to issuing any decisions on projects, permits, leases, studies, and other land uses, the BLM would consult with the Navy, the documents said.

The Center for Biological Diversity in Nevada released a statement where it said that the proposal would triple the size of Fallon Naval Air Station bombing ranges, “seizing land in the iconic Fairview Peak area and the Stillwater National Wildlife Refuge.”

“The plan released today follows an earlier proposal to expand the Nevada Test and Training Range in Southern Nevada, which would take more than 1.1 million acres of Desert National Wildlife Refuge, currently managed to protect bighorn sheep and other wildlife,” the release said.

The Draft EIS is available for public review and comment. The comment period started Nov. 16 and runs through Jan. 15.

Comments can be submitted at https://frtcmodernization.com