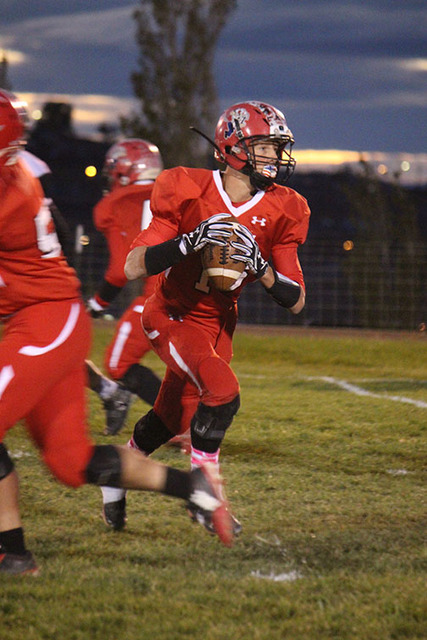 Muckers quarterback and linebacker Tanner Otteson was chosen to play in the the 13th Annual Max Emfinger All-American Game. Penny Otteson/Special to the Times-Bonanza & Goldfield News 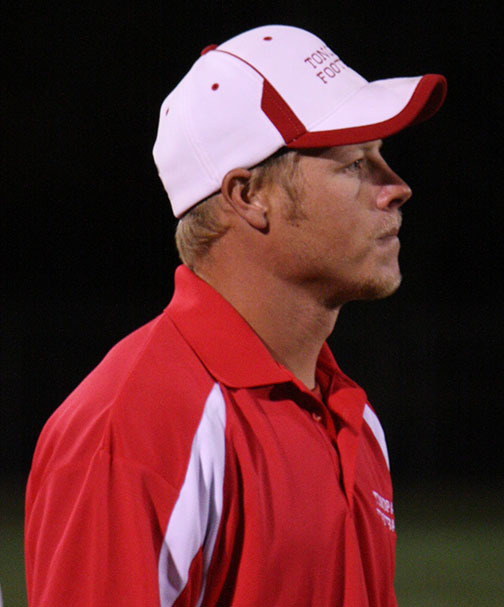 TONOPAH- Tanner Otteson has been honored with an invitation to play in the 2017 13th Annual Max Emfinger All-American Game in Hammond, Louisiana, which is the oldest all-American game in the country.

Otteson will play as a free safety and punter for the West All-Americans in an 11-man football game.

Two of his brothers, Denver (2010 game – Austin, Texas, as a kicker) and current head coach Duffy (2005 AA game – Shreveport, Louisiana – as strong safety), both played in this game.

The game is December 31 at 2 p.m. at Strawberry Stadium at Southeastern University and will be televised on Cox Cable.

Tanner Otteson will need to arrive on Tuesday of next week to start practice with the team.

He was one of the top defensive players in the state, with 108 tackles and six sacks last season.

Also, Duffy Otteson has been asked to coach for the West team.

He played in the very first AA game in 2005 and was the leading tackler for the West All-Americans in the game before he went on to play at the University of Nevada as a running back.

Duffy Otteson has been asked to coach special teams in the game.

Max Emfinger is nationally known for his football recruiting. He has worked for the Dallas Cowboys NFL team as a scout and also worked at many different universities throughout his career.

Tanner is looking for donations to help pay for the trip to Louisiana for the game.