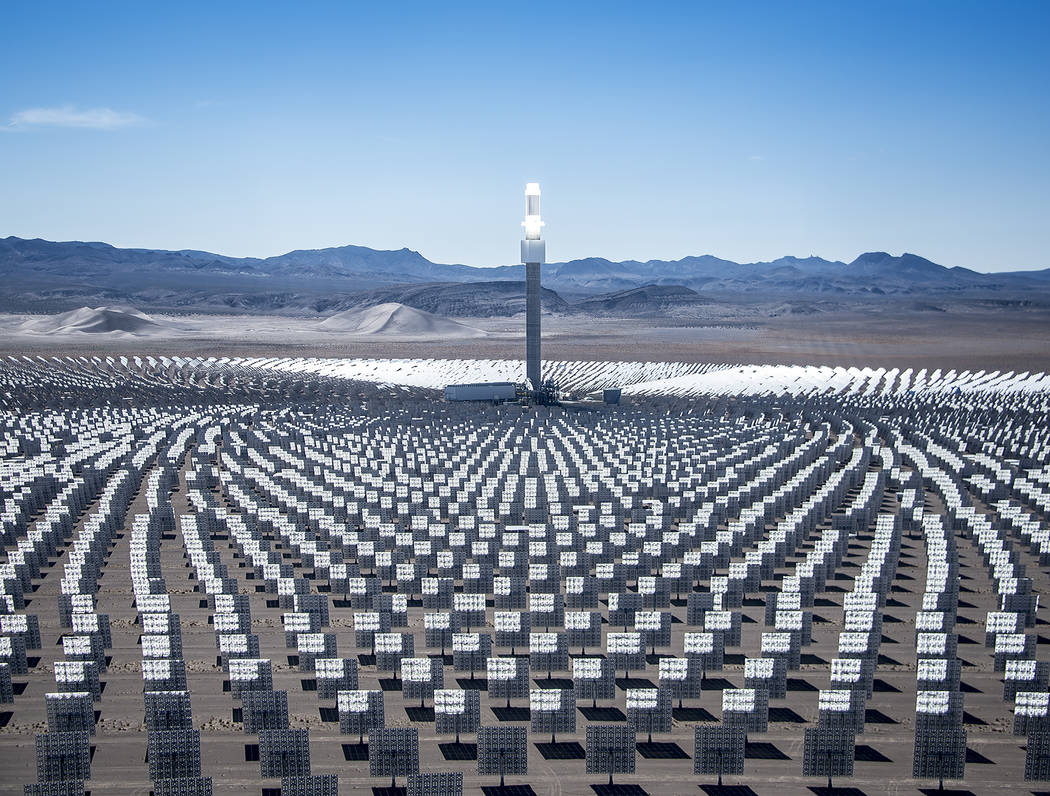 SolarReserve, the parent of Crescent Dunes Solar Energy Plant near Tonopah has been awarded a $2 million grant from the U.S. Department of Energy to advance American innovation in solar thermal technology, according to the press release.

The Santa Monica, Calif.-based company that describes itself as a world-leading developer of large-scale power projects and advanced solar thermal technology, announced that it received a $2 million grant as part of the Energy Department’s FY2018 Solar Energy Technologies Office funding program, an effort to invest in new projects that will lower solar electricity costs and support a growing solar workforce.

SolarReserve said that with that money, it aims to develop “a best-in-class next generation heliostat design, optimized for CSP technology projections of the next decade.”

SolarReserve’s CEO, Kevin Smith said that the company is excited to participate in the initiative and drive the innovation that will lower cost of solar electricity that has the added benefit of round-the-clock availability through energy storage.

“Through this award, we can develop breakthrough solutions for cost-effective sustainable energy now and for the generations to come – with the goal of fostering industries and creating thousands of U.S. jobs,” Smith said in a press release.

According to the description, the proposed project project will develop a concept for creating affordable, compact, and lightweight receiver panels capable of heating air, carbon dioxide, molten salts, or other corrosive and oxidizing fluids to 750°C, 185°C hotter than current receiver design through the use of commercially available silicon carbide ceramics.

SolarReserve continues to perform research and development in all areas of concentrating solar-thermal power technology, including heliostat development, according to the company’s press release.

Heliostats are the dual-axis solar tracking mirrors that concentrate and focus the sun’s energy onto an energy collection receiver atop a central tower. Within the receiver, fluid flows through piping that forms external walls; this fluid absorbs the heat from the concentrated sunlight. In SolarReserve’s technology, the fluid utilized is molten salt, which is used both as a heat transfer fluid as well as a thermal energy storage medium.

For the project, SolarReserve plants to partner with South Africa’s Stellenbosch University and New Mexico based Sandia National Laboratories, to leverage their complementary innovations and world-class testing facilities.

The company also has a pending bid for the Likana Solar Energy Project in the Atacama Desert in Chile, which would sell power for the price of five cents a kilowatt per hour – the lowest price for the output of a CPS project.

SolarReserve said that the U.S.-developed technology is now one of the world’s leading energy storage technologies and allows solar energy to operate like traditional fossil-fired and nuclear electricity generation – except the fuel is the sun which means zero emissions, zero hazardous waste, and zero dependence on fuel price volatility.