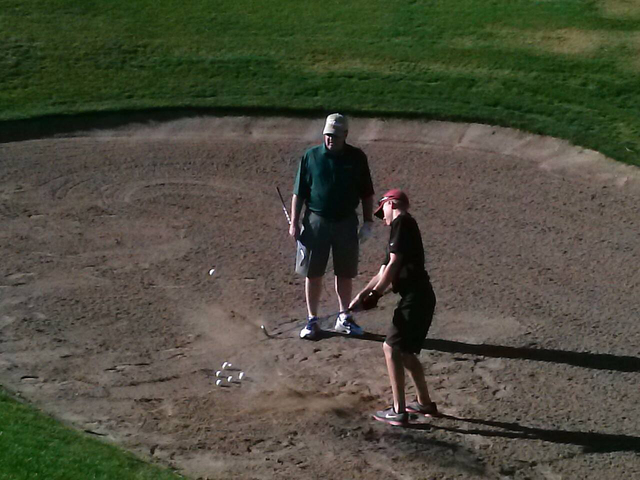 Muckers golf is back stronger than ever and has Muckers coach Robert Otteson excited to start the season.

“I am very excited with the group of kids we have this season,” Otteson said. “We have some real athletes on the team this season, standout multi-sport athletes like Tristan Otteson, Jamarie Earl and Tanner Otteson, who played both football and wrestled for the Muckers this season,” the coach said.

Robert Otteson said his team will be led by Tanner Otteson.

“Our top golfer is Tanner Otteson, he was a state qualifier last season as a sophomore and his game has really improved from last year because of his length off the tee,” Robert Otteson said. “He is hitting the ball much further this season which makes the game a lot easier when you are closer to the pin on your approach shots.”

One of the reasons the coach said his leader is getting stronger is the time he spends in the weight room for football and wrestling.

“He should be shooting in the low 90s early in the season and we hope to get him in the 80s by the end of the season,” the coach said. “His low round last season was a 79 that he shot late last season in the White Pine Tournament.”

Robert Otteson also said his other golfers have improved too.

“Returning golfers Tristan Otteson and Shad Sorenson have also improved from last season and should be a great help to our younger golfers,” he said. “Our freshman golfers are very impressive, they all have played a little so it is not their first time swinging a club and they are improving every day.”

The Muckers’ first match of the season will be at Rio Seco in Las Vegas at 11 a.m. on Monday.