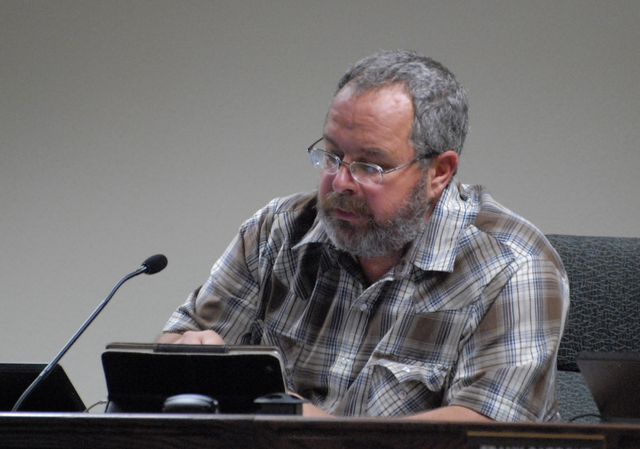 On Sept. 5, 1977, the Voyager I space craft set off on a journey that would take it out of our solar system.

Man’s first interstellar vehicle was on its way. The scientists and engineers that built Voyager weren’t just thinking about a few planets; rather they put something out there to let the universe know we are here.

They also included a recording of the history of Earth and man as it was known. These scientists didn’t just include American history but made sure to include culture from the entire planet. With the most advanced systems of that time, they had Voyager ready to launch in just five years.

During the same year that we, as a nation, reached beyond our solar system, talks were finally getting real about building a National Repository that would satisfy the federal government’s pledge to deal with spent fuel rods.

Congress began hearings and drafted legislation to get the job done. Five years after the talks began, the Nuclear Waste Policy Act was passed by both Houses of Congress.

Three sites were selected to be studied. Political machinations attempted to scuttle the second repository program, and with Congress attempting to salvage the Nuclear Waste Policy Act program, Yucca Mountain in Nye County, Nevada, ended up as the oniy site to be studied.

For nearly thirty years, tests were conducted, a tunnel was built into the mountain, and a lot of wells were drilled to study the geology and hydrology of the site. Almost $11 billion was spent to follow the law passed in 1982, and amended in 1987, to bring the project into reality.

In 2002, Yucca Mountain was found by the Secretary of Energy to be suitable for the National Repository. Nevada objected, as allowed by law, and that objection was subsequently overturned by Congress.

This is where the real political games started.

From the start of this project, there have been games on both sides. Some believe the 1987 amendments were nothing more than a “Screw Nevada Bill.”

And so, in typical political fashion, Nevada created Bullfrog County to ensure that any benefits accrued to the state and not the citizens affected by the repository.

It roughly outlined the project site and there were no people living within its boundaries. Three people were appointed to the board of Bullfrog County Commission that didn’t even live in a neighboring county.

Fast forward to 2008. Senate Majority Leader Harry Reid made a deal with newly elected President Barack Obama to defund the project entirely even though the license application was already beginning to make its way through the process. The DOE, under the direction of President Obama, attempted to withdraw the license application from the Atomic Safety and Licensing Board and the Nuclear Regulatory Commission. Their statement as to why was, “It is unworkable.” They didn’t say, even though pressured to, “It is not safe,” as none of their scientists would stand behind such a misstatement.

The state of Nevada has continued with its constant lawsuits and challenges and been turned away at every point.

Federal courts ruled that the state’s rights issue was no issue at all as the government had every right to do what it wanted on Federal lands, including storing commercial nuclear waste, and as such, this was in no way an infringement of the state’s rights.

It is clear that the current state Attorney General Adam Laxalt will again try to bring the State’s rights argument back to the forefront.

After spending over $50 million in lawsuits since 2002, maybe it is time for the State of Nevada to finally let the law play out, and most importantly, hear what the science says about Yucca Mountain.

The national labs, scientists of the caliber of the guys that built an interstellar spacecraft in five years, all agreed that the science is sound.

The staff at the Nuclear Regulatory Commission believe the science is sound, so now all we have left is for the Commission to conduct the meetings and hear all of the evidence that has been collected over 30 years, for which taxpayers have paid more nearly $11 billion.

Many times during the flight of the Voyager missions, critics thought catastrophe was going to strike. But the NASA scientists believed in their mission and stayed with it all these years. In August of 2012, they got to see their creation pass out of our solar system and into the vast reaches of interstellar space.

All of those teams that worked on the Yucca Mountain Project and given their careers to it, for the most part, are still around answering the same questions they answered 25 years ago.

While I should be enjoying the historic 40th anniversary of the Voyager mission, I am considering the national security mission to store, and possibly reprocess spent fuel rods as our legal and moral duty.

To all those brave men and women that undertook both of these tasks, I, along with millions of Americans, thank you.

To the political leaders that have done nothing but stand in the way instead of dealing with this national security issue, it is past time to do your job.

Allow the law you passed to be followed so that we, as a nation, can once again believe that when the government makes a promise and passes a law, they do mean to follow the law.

Dan Schinhofen is chairman of the Nye County Commission.