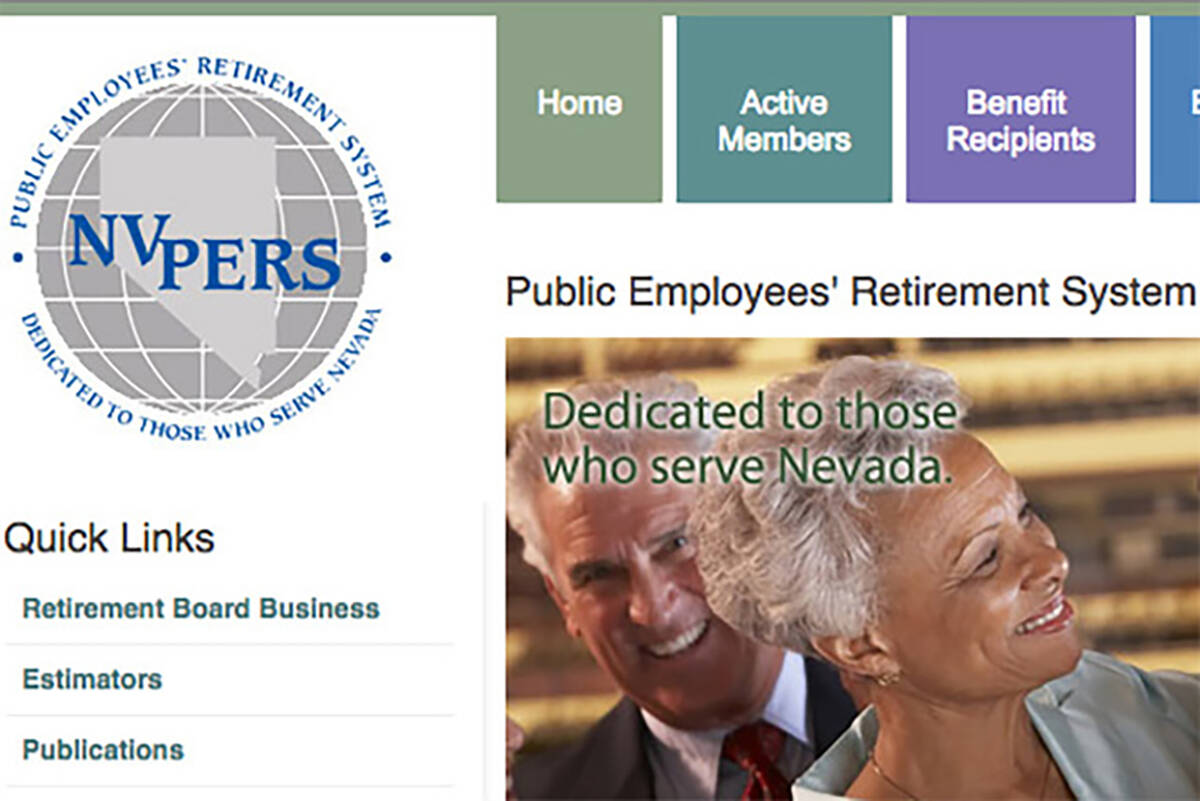 Nevada’s public employee pension fund increased 2.3 percent in the fiscal year ending June 30, below the long-term target rate of an 8 percent return but was among the top performing funds in the country (Screengrab/Nevada Public Employees' Retirement System)

The Public Employees’ Retirement System of Nevada is doing so poorly that officials want to underfund it to avoid a spike in contribution rates.

In July, the retirement contribution rate for government employees will go from 29.75 percent of pay to 33.5 percent. For police and fire employees, it will go from 44 percent to 50 percent. Those contributions are split 50/50 between employees and employers, read taxpayers.

Those are shockingly high numbers. It means that for every three teachers, the equivalent of another teacher’s base salary goes toward pension costs. The pension cost of just two public safety employees could fund the base pay of another police officer.

It’s a bad situation for public employees, too. They’ll start the next fiscal year staring down a nearly 2 percent cut in take-home pay. For police and fire, it’ll be 3 percent. As the Nevada Policy Research Institutes notes, those hikes are needed to pay down past debt, not increase benefits. It gets worse.

Officials determined that the rates need to be 37.5 percent for general employees and 57.5 percent for public safety. But they’re phasing them in over four years. That appears to be an attempt to avoid political fallout for their mismanagement. One problem.

“During the phase-in period, the plan will not receive the same contributions as it would without the phase-in, which will create contribution losses,” the consulting firm Segal noted in its 2021 Actuarial Valuation and Review. That “will therefore increase the actuarially determined contributions going forward.”

Translation: Underfunding now will mean increased contributions in the future. But it may lower the political heat on pension officials. Priorities, priorities.

The system’s unfunded liability now tops $18 billion. That’s around double Nevada’s general fund budget over the past two years. The number would be dramatically higher if PERS had to use a risk-free rate of return.

These realities stand in stark contrast to how PERS officials portray the system to lawmakers and the public. For instance, a 2013 review of the system by AonHewitt found the system financially healthy. It predicted the plan would be fully funded by 2034. It predicted contribution rates would drop to 17.5 percent for regular employees and 30 percent for public safety.

That didn’t happen, and Nevadans are paying for it.

For decades, we have been one of the few voices warning that this system is plagued with problems and an overhaul is needed.

Gov. Joe Lombardo and legislative Democrats need to ignore the happy talk and excuses of pension officials and implement substantive solutions to this expensive system, which would include directing new hires into a defined contribution system.