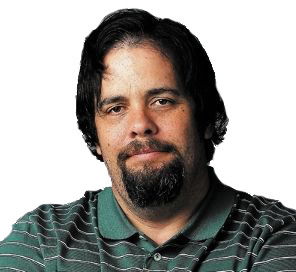 Early voting starts Saturday, with the primary looming just more than two weeks beyond that.

Have you decided who you are going to vote for? If you are reading this newspaper, you are likely more engaged in your community and government than those who don’t. That being said, grab a friend and come out to the “Last Word Debate” of county commission candidates that this newspaper is hosting today (Friday) at Rosemary Clarke Middle School.

Everyone in the debates is Republican. The only district facing a November general election challenge is Nye County Commission District II, where former Pahrump Town Board Chairman and Democrat Harley Kulkin awaits. The winner of the June 14 primary in districts I and III will be elected to the seat, even if they got less than 50 percent of the vote. That means the commissioner out of District III could be elected with less than 400 votes (or lower) in a closed election.

The event begins at 9 a.m., with the five District II candidates kicking off the day. Candidates Ray T. Grant, John Koenig, Amy Riches, David Lancaster and Sal Ledesma have all committed to participating. The seat is being left open by commissioner Frank Carbone, who decided not to seek a second term.

The District I debate is scheduled to begin at 10:45 a.m., with seat incumbent Lorinda Wichman of Round Mountain and tax accountant Scott Mattox of Amargosa Valley have both agreeing to participate. However, third candidate Earl Jones will not be at the event. He has also yet to file his campaign contribution and expense report, due this week, so I’ll just leave it at that.

The final debate of the day, and the one that could likely be the most contentious, is the District III race at 12:30 p.m.

My plan is to try and facilitate an informative discussion on a range of topics to find out the candidates’ position. There will be a lot of ground to cover in the time frame allowed, so it will be up to me to keep the discussions on point and moving along.

While nearly all the debates take place in the afternoon and evening, the newspaper came up with this date and time for two reasons. First is early voting begins on Saturday, and second is that Pahrump Valley High School senior graduation is Friday evening, so some attendees and candidates would most likely want to attend that event also.

I hope you take time to come by and see what the candidates have to say on the various topics important to you.

Arnold M. Knightly is the editor of the Pahrump Valley Times.