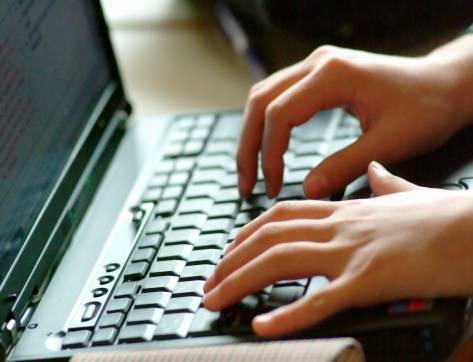 Thinkstock Readers wrote letters to the editor covering a wide range of issues.

Thank you to the Show Committee and to the many Shadow Mountain Quilters volunteers who worked long hours to bring the Pins &Needles Quilt &Needlework Show to the community. This beautiful display of quilted and needled artistry was inspiring to see. Congratulations to the many winners and to those who entered their work for all to admire.

Many thanks once again to the NyECC for sharing their wonderful Activities Center for our judging; to the Nevada Treasure RV Resort staff for helping to make our show a successful event; to the Pahrump Valley Times for helping advertise the show; to B&C Printing for always returning perfectly printed jobs in a timely fashion; to the vendors who offered visitors exciting shopping options; and to members of the community who offered their support by visiting the show despite the cold weather.

Looking ahead to 2019, our show theme will be “Up, Up and Away”. Thinking down the road, the Pins &Needles Quilt &Needlework Show needs a permanent home.

While we can continue at the Nevada Treasure Resort (the biggest show space in Pahrump) for another year, half of the facility we use is unfinished and their planned renovations will again leave us homeless. We long ago outgrew the Bob Ruud Community Center, the casino convention spaces aren’t big enough and the smoke permeates the fabrics. Then the roomy Skate Zone became a marijuana grow facility. What’s a group to do? How can anyone plan events that draw visitors to Pahrump without a dedicated convention space?

No wonder the contractor smiled when I said, I will be calling the sheriff’s department.” He or his workers stole all my bedding, plus many personal items.

Last October I had a deputy come and make a report on stolen items. I never heard from him or the sheriff’s office. I went to the station many times, and was told the deputy would get in touch – no help.

I went to the lieutenant and he said he would have the deputy take care of it – never saw any deputy – said he put a detective on my case. I have called, never applies, – no help.

I haven’t had any help from deputies, detective, DA or the sheriff. They have all been called.

I’d like to hear from someone from the sheriff’s station.

Let’s make this “Thanks for no help” to a “Thanks”.

Safer options may be better than military action

When testing our missile defenses, against attack by North Korea or Iran, we need to stop scripting those tests to succeed; we need to have real-life situations, including enemy decoys.

No matter what happens, though, we should remember that it only takes one exception to cause disaster; thus we should not be overconfident and pursue military options where safer options exist. (Perhaps the president’s authority to launch a nuclear attack should be limited if we are not attacked with nuclear weapons first.)

We should be considering the potential for harm

Like other Americans, I am deeply troubled and struggling to get my mind around the horror that occurred in that Parkland, Florida high school. It is all but impossible to grasp how anger or a desire for revenge can reach a level that motivates the mass killing of innocent people.

Parents, grandparents, and every compassionate person is desperate for a way to finally end the madness that seems to have no end. There are those who believe what should be done is gun up! And be ready to shoot the bad guys, anytime, anywhere. And the gun lobby, which includes arms makers and the NRA, will oppose most legislation that could limit citizen access to firearms.

In the news, thoughtful speakers have made the point that turning our schools into fortresses is the wrong thing to do. I agree. As a retired prison inspector with the Florida Department of Corrections, I can say with certainty that a prison-like environment is not conducive to a wholesome learning experience.

Short of rescinding the Second Amendment, what reasonable steps can be taken to keep guns out of the hands of those who should never have them? It seems to me that at least part of the solution involves process.

For example: In the United States driving a motor vehicle is still viewed as a privilege, rather than a right. Surely, considering the potential for harm, buying a gun ought to be at least as involved as qualifying for a driver’s license.

As it relates to the lawful sale of firearms, a workable process might include the following:

• Complete an application that requires answers to pointed questions, such as: Why do you want to purchase a firearm? For hunting? Target competition? Self-defense? Other: Explain in detail.

• Have you ever taken medication for anxiety or depression?

• Have you ever been diagnosed with a psychotic disorder? While many would avoid the truth, some responses could be very enlightening.

• There must be some exceptions on the type of firearms that may be purchased. Guns originally or specifically designed for the military should be unavailable for public sale.

• Buying firearms via the internet must cease. “Casual” or person-to-person transfers must be strictly regulated. Virtually all sales of guns should be from a licensed dealer, who must witness the purchaser’s signature on an application to be submitted for processing. This could take far more than three days.

Realistically, there is no final solution that can eliminate gun violence. Criminals and the mentally disturbed will continue to acquire firearms. But something more must be done to protect the general public, students and our children. I intend to send my thoughts on this matter to my representatives in Washington. I urge others to do the same.

For those who are familiar with the book, “1984” by George Orwell, the time has come. Our constitutional First Amendment rights are now being swept away by the internet YouTube provider. YouTube is now taking down channels providing alternate news not being covered by the mainstream news media.

This act of censorship by YouTube is politically motivated by the views of YouTube’s management that is connected to the alphabet media outlets to propagandize citizens with one political perspective.

YouTube management is denying you, the voters, from an alternate source of information; open your minds and learn the deeper agenda of those receiving your vote.

My name is Zander and I am a fifth grader at Faith Christian School in Kearney, Nebraska.

My class is studying the 50 states and I have chosen Nevada as my state. Our assignment is to find out as much about our states as we can and I was wondering if you would help me out. Would you be willing to send me any information about your state?

Some examples would be maps, brochures, souvenirs or anything else that would be helpful. We will be having our state fair at the end of the school year to display all of our information. Send it to Mr. Van Winkle’s 5th -6thgrade class/Zander, Faith Christian School, PO Box 3048, Kearney, NE 68848