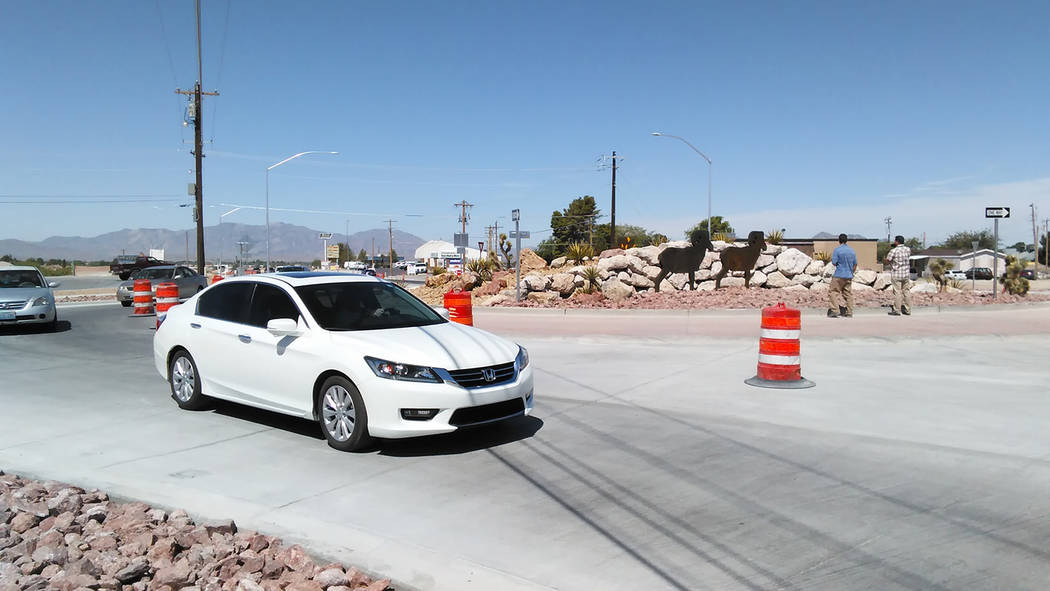 ■ Cost should be a major concern – I doubt anyone would want to pay 13-plus times the “experts’” analysis of the cost of ANYTHING.

■ I believe the wording was not “no one wanted them” but from what was heard more than once when discussed, people weren’t for roundabouts, though once or twice it was thought to be OK in my discussions.

■ So the bunkers are to stop someone from running straight through. Yes, they will do so. But when it happens, better count how many will die with the sudden stop and how long it will take to clear the roundabout for traffic use again. Would not heavy planting of shrubs and bushes been effective yet not quite as deadly?

■ Regardless of costs, wow! Less fatal accidents than signals. Where did this come from? In Long Beach, California, Highway 1 has a five-street entry to a roundabout approximately 300 yards in diameter and yet the first day it was opened the son of the designer was killed on it. Makes one wonder. It didn’t have bunkers to stop straight-through drivers.

■ Size limitations here were a concern, that’s why signals would have been better; as well as $3.35 million less costly and accomplished quicker.

■ No one would have to slow to 20 mph on a state highway as one does now.

■ The businesses would not have had modifications to their properties and entrances as they do now with signals.

I suspect those who think these roundabouts are the way to go are from areas that have proper-sized roundabouts or want to Europeanize Pahrump. Just my thoughts…

We all need to advocate for animals in communities

Recently (June 26) we read of a young dog left in a container in the heat off Basin Road. How many hearts broke after realizing the dog suffered a tortuous death as the result of someone’s deliberate cruelty?

While it may be legal to withhold shelter and shade in the relentless heat of the day, that does not make it right. Thanks to your paper and other media campaigns, almost everyone knows not to leave an animal in a car in our desert heat. Now we must all do more to ensure other abuses, intentional or not, aren’t perpetrated on horses, dogs, goats and barnyard animals.

Our Pahrump Animal Control officials do a wonderful job, but we all need to be the animals’ advocates. Even a simple bowl or tub of water on your property might make a difference to a lizard, baby quail, bunny or hummingbird. Please avenge that poor pup’s death by acts of kindness to other animals.