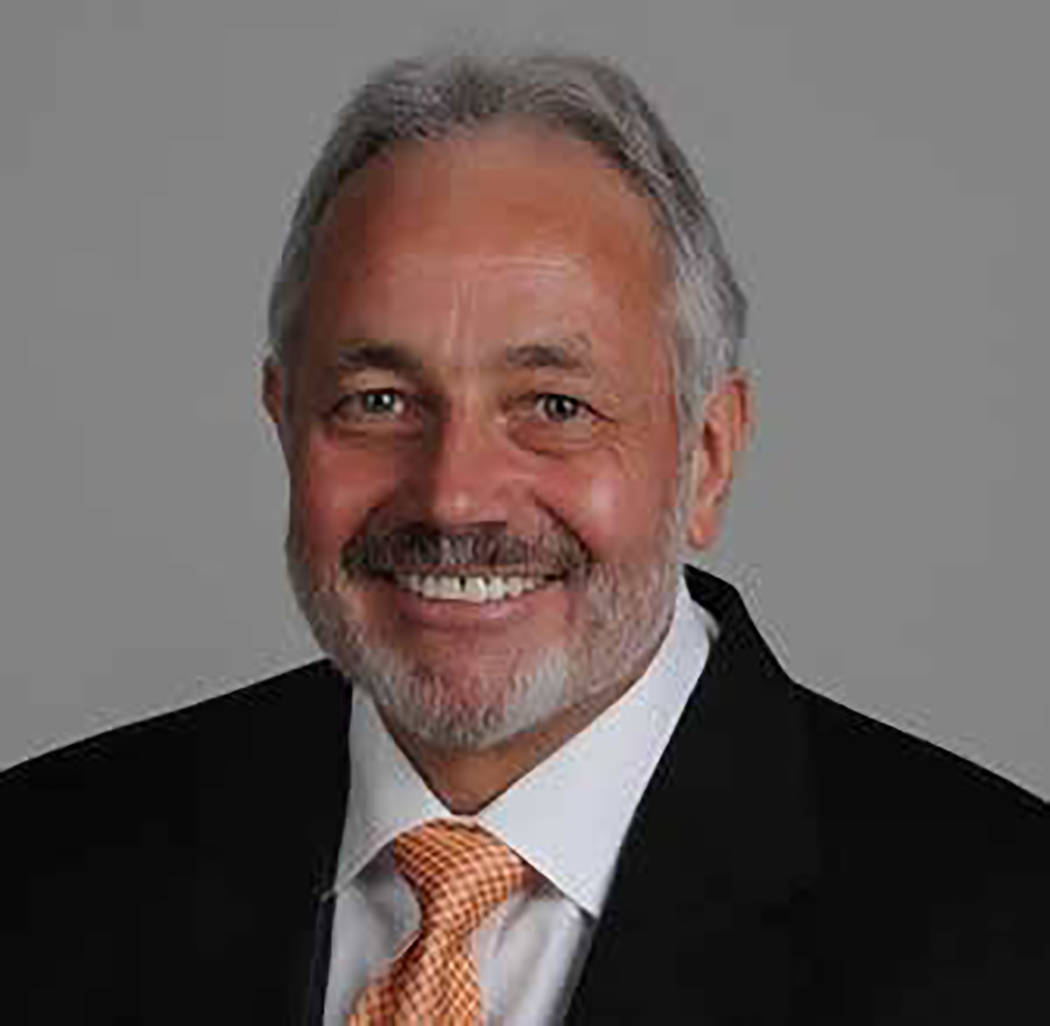 Special to the Pahrump Valley Times Ray Hagar is a journalist for “Nevada Newsmakers.” More information on the public affairs broadcast program, podcast and website are available nevadanewsmakers.com 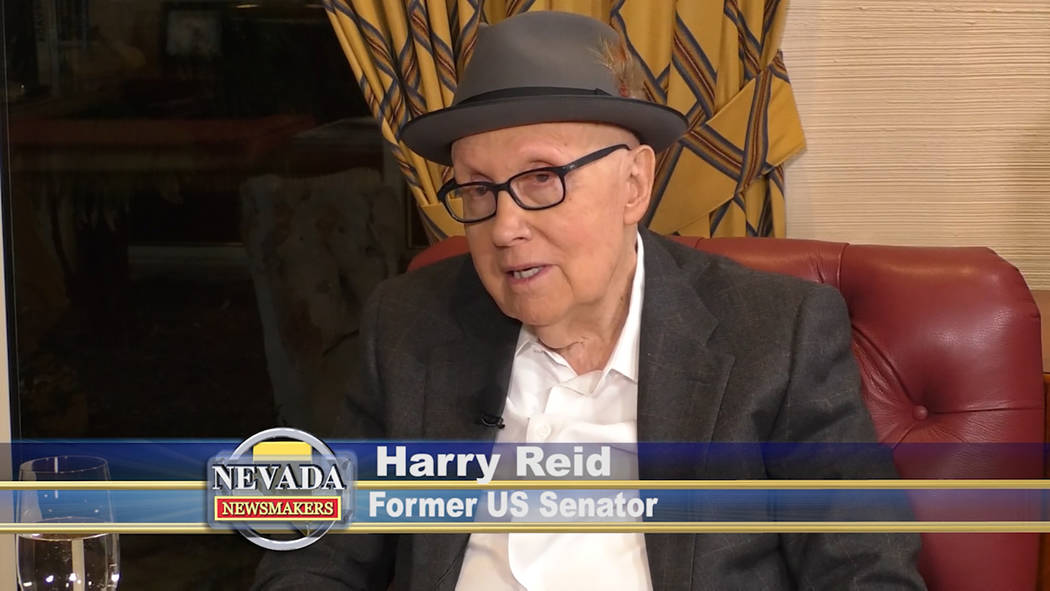 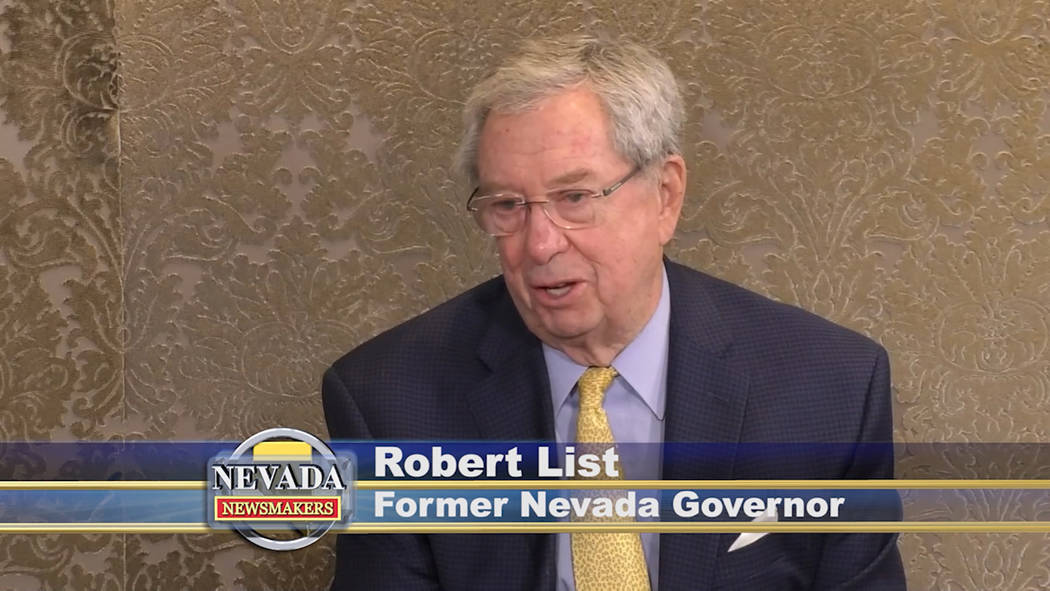 Former U.S. Senate Majority Leader Harry Reid and former Nevada Gov. Bob List were major targets of organized crime when the mob controlled and skimmed profits from Las Vegas casino-resorts in the 1970s and 1980s, they said in interviews on Nevada Newsmakers.

“It was a very twisted and difficult time,” List told host Sam Shad in the recent interview.

Prompted by their enjoyment of the recently-released crime movie, “The Irishman,” Reid and List told stories of escaping death and ultimately playing large parts in eliminating the mob’s control of Las Vegas’ gaming industry.

“The Irishman” is a saga about the death of labor leader Jimmy Hoffa. It includes a major scene about organized crime figures seeking loans from the Teamsters Union pension fund that Hoffa controlled to finance construction and expansion of Las Vegas resorts in the 1960s and 1970s.

“The Teamsters had a lot to do with a time when Nevada was desperate,” Reid said. “I say Las Vegas was desperate for an infusion of money. They got it from the Teamsters. Even though there were some shenanigans with the loans, none of them were bad. They were all good loans.”

List, elected governor in 1978, sometimes wore a bullet-proof vest because of his wariness of the underworld. He recalls a struggle in trying to squeeze mob influence out of Nevada gaming.

“In one week, we received wiretaps from the FBI, showing a number of casinos where there was skimming going on by the underworld,” List said. “And so we went after it very aggressively.

“It was a very difficult time,” List said. “I was under a lot of threats and we took a lot of heat. And ultimately, we prevailed in every single place, kicking people out, taking their licenses and then relicensing new management and ownership to come into those hotels and resorts.”

“Lefty Rosenthal was the only person I was ever afraid of,” Reid said. “I was not afraid of him physically. I was afraid of what he would do.

“He was the kind of guy who wouldn’t hurt you himself,” Reid said. “He’d hire somebody to do it.”

Rosenthal was considered the best sports handicapper in the world. His time in Las Vegas was the focus of the 1995 Martin Scorsese film “Casino.”

It is a movie that Reid will never see.

“Lefty Rosenthal was a bad guy,” Reid said. “I’ve never watched the movie ‘Casino’ because they tried to make him something that he wasn’t, a good guy, I’m told. So as a result of that, I’m not going to that movie and will never see it.”

Memories of the near-death of his wife remain vivid for Reid.

“I can still remember that,” he said. “Fire trucks came. Police cars were there. I can remember my 5-year-old boy looking out the window at all that. I can imagine it had a tremendous impact on him.”

The attempted car bombing haunted Reid when he went to Washington, D.C. as Nevada’s senator, winning election in 1986.

“I remember that when we went to Washington, we started our car with a thing like a garage-door opener,” he said. “We’d press a button and it would search for a bomb and if there was no bomb, it would start the engine. I remember that. So going to Washington was a relief to me.”

Reid was the chair of the Gaming Commission when List was elected governor. Soon after List’s inauguration in 1979, the existence of FBI wiretaps on mob figures hit the national media. In those tapes, a mobster said Reid “was in the pocket” of the mob, List recalled. List did not believe it and now credits himself partially for helping steer Reid through the scandal, saving Reid’s long political career.

“When the story broke about the wiretaps, with the mob being heavily engaged with the gaming industry, one of the things that happened very quickly was that there was a rumor that the mob was connected to Harry Reid,” List said. “In fact, there was a wiretap with a fellow named Joe Agusto, who was an executive at the Tropicana Hotel. He was caught on tape, saying to one of the mobster overlords he was answering to that he had Harry Reid in his pocket.

List refused to do that because he believed Reid when Reid told him that he did not have illegal ties to the mob. List was a Republican, Reid a Democrat.

“I was newly elected,” List said. “I had only been in office for about three months when this whole thing began to roll out. Harry came up to see me and he offered me his resignation. And I said, ‘Well, Harry, I need to know the truth of this. What is the whole story?’

“And he told me absolutely he never had any such relationship with the mob and they were bragging among themselves and sullied his name. And I believed him.”

It would have been a black eye for Nevada if Reid had resigned immediately after the wiretap story became public, List said.

“And I told him, ‘Harry, if you were to resign and I accepted your resignation, the whole world is going to believe the story that you were mobbed up,” List said. “And it is going to ruin your reputation. But it is also going to ruin the reputation of the state of Nevada. and we are not going to let that happen.

“And I told him, ‘I am not going to take your resignation.’ And I pushed back on the people who were expecting me to demand his resignation,” List said.

An FBI investigation exonerated Reid, List said. The state, meanwhile, was making decisive progress in its battle to boot the mob from Nevada.

“As time went along, the FBI continued their investigations and we were taking away licenses and participating in the revocation of licenses (of mob-related casinos). And finally, they (FBI investigators) decided in fact what he (Reid) told me was true. He was not involved with the mob. They were bragging they were connected to him and they were not and the FBI cleared him.”

After his name was cleared, Reid decided it was time to leave the Gaming Commission, List said.

“Then at that time, he called me and said, ‘Now I am going to offer you my resignation. I’m ready to get out,” List said of Reid. “And I took his resignation then.”

If the mob had managed to derail Reid’s career, Nevada would have lost the man who later became its most powerful politician.

“I think that is true,” List said. “And, of course, he has thanked me for that.”