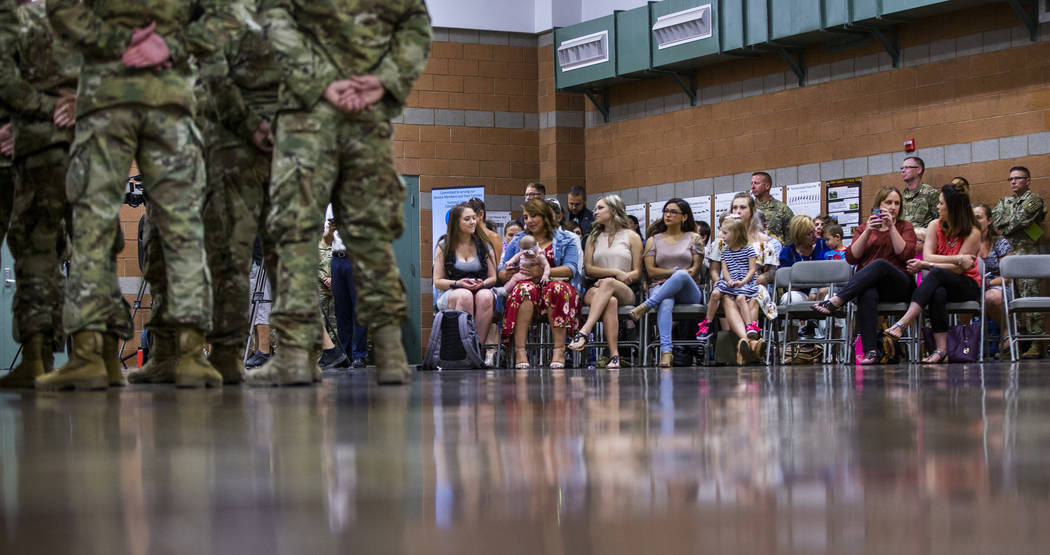 L.E. Baskow/Las Vegas Review-Journal Families and friends look on as soldiers with the Nevada Army Guard 3665th Explosive Ordnance Disposal Company participate in a mobilization ceremony for their Afghanistan mission at the Las Vegas Readiness Center on Tuesday, Aug. 20, 2019, in Las Vegas. 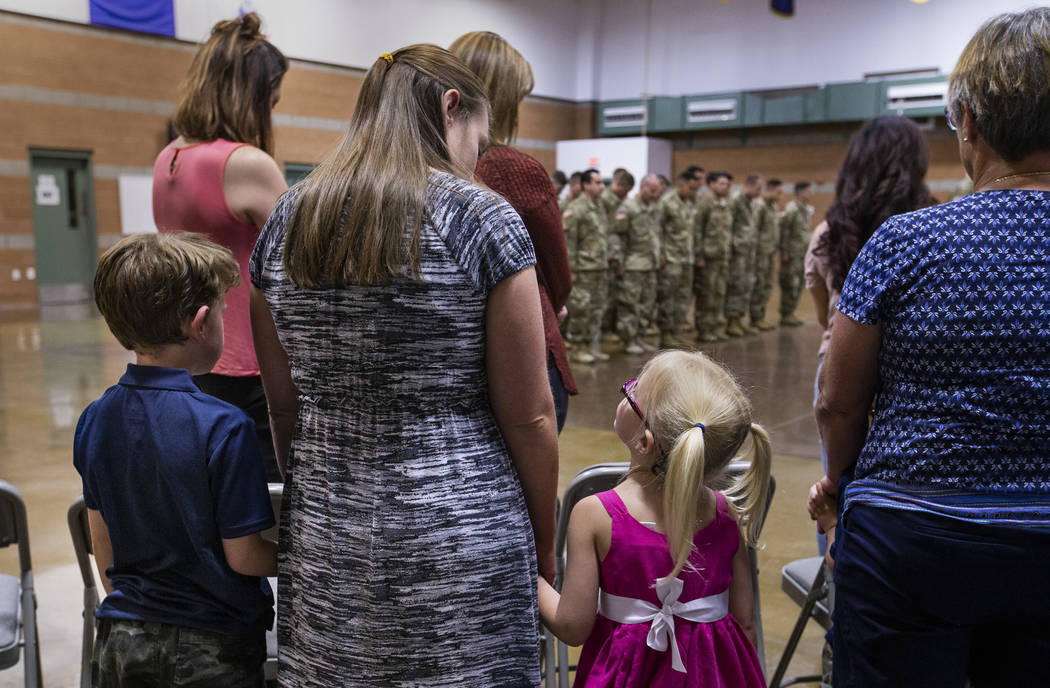 Whitlock bases that claim on a collection of candid, confidential interviews with more than 400 military and political “insiders” conducted by Congress’ Office of the Special Inspector General for Afghanistan Reconstruction.

Not that we really needed “The Afghanistan Papers” to tell us the war was unwinnable. That was clear from the beginning. Any mission beyond quick strikes on al Qaeda’s facilities and operators in Afghanistan was doomed to failure.

The idea of taking over the country and making it into a “western democracy” was transparent foolishness. More than one empire has foundered on the rock that is Afghanistan, and the American military adventure there was never going to be the exception.

Nor do “The Afghanistan Papers” tell us anything else we shouldn’t have already known. They merely confirm a lesson we should have learned nearly 50 years ago.

In 1971, the New York Times published the Report of the Office of the Secretary of Defense Vietnam Task Force, better known as “The Pentagon Papers.”

That report, leaked to the press by American hero Daniel Ellsberg, revealed (in the words of the Times’ R.W. Apple) “that the Johnson administration had systematically lied, not only to the public, but also to Congress,” about the progress and prospects of the U.S. war in Vietnam.

War is always ugly. Optional and prolonged wars with nebulous objectives are always built on lies — lies stacked sky-high atop one another for no other purpose than to keep the ugliness going for as long as possible.

The prettiest answer, and it’s not pretty, is that generals and politicians hate to admit defeat. They can be relied upon to convince themselves — and try to convince us — that “a corner has been turned” and that “there’s light at the end of the tunnel,” at least until they’ve managed to bequeath the losses to, and blame the losses on, their successors. The uglier answer is that war is profitable all around for politicians who want to be re-elected, officers who want to be promoted, and “defense” contractors who want to sell more guns, more bombs, more planes, more everything.

It’s not so good for the rest of us, though.

At a conservative estimate, the U.S. government has burned through more than a trillion dollars dragging out the fiasco in Afghanistan. You’re on the hook for that bar tab.

And you’re getting off easy. More than 3,500 “coalition” troops, most of them Americans, and somewhere between 100,000 and half a million Afghans (depending on whose figures you believe) have paid with their lives.

Next time the politicians want to drum up or continue an optional war, they’ll tell us the same lies they told us this time, and last time, and the time before that. We’ve got to stop believing those lies.