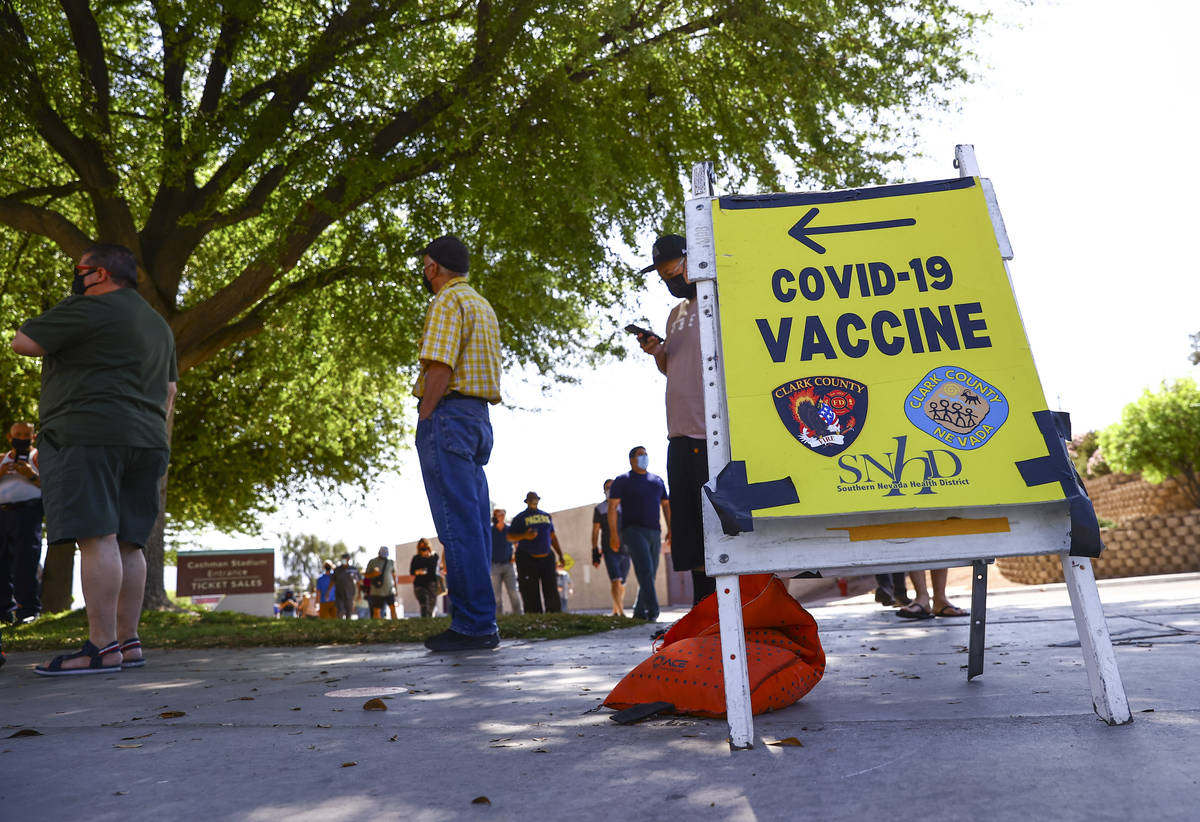 If the coronavirus “experts” had been honest, it would be more difficult for government to exert so much control.

Since the start of the pandemic, public health experts have made mistake after mistake. Dr. Anthony Fauci, the highest-profile government official on the coronavirus, initially told Americans not to wear masks.

By April 2020, the recommendation was to wear a mask, with many states mandating masks thereafter. Fauci later admitted he misled the public. He justified it as a necessary step to ensure PPE was available for health care workers.

But the mask rhetoric would shift further. In September, then-CDC Director Robert Redfield predicted his face mask “is more guaranteed to protect me against COVID than when I take a COVID vaccine.”

The absurdity of that statement should be obvious. If not, consider that Gov. Steve Sisolak instituted Nevada’s mask mandate in June. State virus cases reached their highest spike in December. Masks are clearly no substitute for a vaccine. The Pfizer shot is more than 90 percent effective and 97 percent effective against symptomatic infections.

Speaking of vaccines, the experts didn’t think they would be ready this fast, if at all. “I doubt very much that we’ll have a vaccine in time for this epidemic, maybe if this virus returns on an annual basis,” Peter Jay Hotez, the dean of Baylor’s National School of Tropical Medicine, said in March 2020.

Fauci said in February 2020 that it would take 12 to 18 months to produce a vaccine “applicable to the epidemic.”

Oops. Shots rolled out to the public in December.

There have been changes in official CDC guidance too. In March, CDC officials said 3 feet of space in elementary classrooms with mask use is fine, regardless of the level of community transmission. The guidelines had previously been 6 feet.

Early in the pandemic, Sisolak pushed for the closure of playgrounds over concerns about surface transmission. The CDC released a study this month finding there is less than a one in 10,000 chance that touching a contaminated surface would lead to an infection.

Experts spent the past year attacking states that reopened their economies. Fauci said it was “very concerning” that Florida fully reopened bars and restaurants last September. Its cases didn’t spike until January. Its per-capita death rate is less than Nevada’s rate despite our state’s harsher restrictions.

Nevada officials warned that Thanksgiving and Christmas gatherings would cause a spike in cases. One problem. Nevada’s cases peaked in mid-December and then declined dramatically, after Christmas Day get-togethers.

The biggest error made by many experts and politicians, though, was not acknowledging that they were capable of making errors. Their announcements were presented as commandments written on stone tablets by the finger of God himself.

Disagreeing with the conventional wisdom wasn’t just a normal scientific back-and-forth, but heresy that meant you sought to spread death in your community. This faux certainty was what justified restricting freedoms by continuing “emergency” restrictions for more than a year.

It’s not just leftist politicians. Some corporations fear open scientific debate and inquiry, too. Last week, YouTube pulled a video of Florida Gov. Ron DeSantis hosting a roundtable discussion regarding policy responses to the coronavirus. The event featured scientists from Stanford, Harvard and Oxford, but YouTube labeled it “misinformation.”

But as these examples show, the “experts” were and are fallible. And if they’re fallible, politicians aren’t justified in using the one-size-fits-all mandates some experts desire to continue restricting your basic freedoms. Give the public information, including access to contradictory views, and let people make their own decisions.