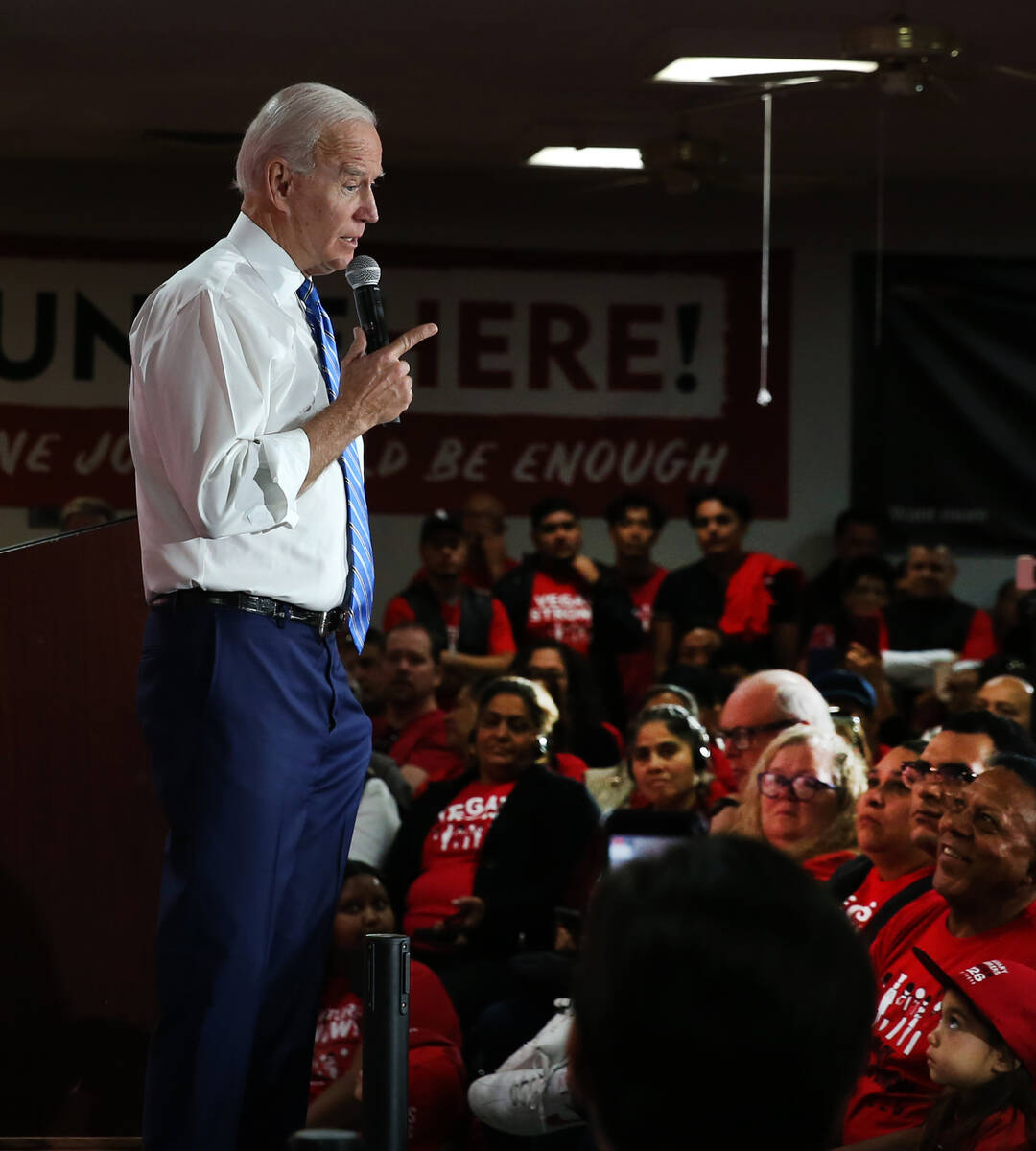 On Wednesday, the Labor Department announced that inflation jumped 6.2 percent last month compared with a year ago. That’s the highest rate in more than three decades. The monthly increase alone was 0.9 percent.

These numbers confirm what Nevadans see every time they go to the grocery store or fill up at the pump. A few weeks ago, Dollar Tree announced that it was raising prices to more than $1. Gasoline prices are near $4 a gallon at many Las Vegas locations. A year ago, a gallon cost a bit more than $2.50.

For months, many political and cultural elites downplayed these concerns. Last week, liberals on Twitter mocked an adoptive family of 11 for buying too much milk and noticing that the price had gone up.

In May, Treasury Secretary Janet Yellen predicted the inflation spike would be “temporary.” For months, Federal Reserve Chair Jerome Powell asserted that inflation would be “transitory.” Now, he’s saying it could last until the middle of next year. Oops.

This wasn’t what Biden promised when he ran for president. His campaign pitch was basically that Donald Trump was an incompetent loudmouth. Biden would provide experienced, steady leadership.

Keeping inflation from spiraling out of control was a low bar to clear. Biden keeps stumbling over it because the policies he wants to implement are economically harmful.

What creates inflation is too many dollars chasing too few goods. Think about that definition as you remember what Biden has done.

He shut down the Keystone Pipeline. His administration is studying whether to shut down an oil and gas pipeline in Michigan. Objecting to the move in a letter, a group of congressional Republicans warned it would increase prices for fuel used in home heating. Biden went after oil and gas leases on federal land.

The Biden administration successfully pushed for a $1.9 trillion stimulus bill months after vaccines started rolling out. Stimulus checks gave people more money to spend while the White House was simultaneously paying people to stay out of the workforce by expanding unemployment benefits.

Supply-chain issues are multifaceted. Biden’s announcement last month that he was taking steps to speed up operations at Southern California ports did little, if anything. There’s evidence to suggest that California’s regulatory assault on truck drivers has marginally reduced supply. Normally, that’s not much of a problem. When the supply chain is stressed, every little bit matters.

Biden’s handling of the pandemic has contributed to vaccinated people being more afraid of the virus than the unvaccinated, per an Axios/Ipsos poll. Such much for his claim that he had a plan to get the virus under control.

This may be the most telling statistic. In January 2020, there were 158.7 million people employed. Last month, it was 149.7 million. Those 9 million workers would come in handy right about now.

Instead of pushing people to work, Biden wants to expand government dependence with his Build Back Better bill. The White House is already claiming that more government spending is the key to stopping inflation. Not even Sen. Joe Manchin, D-W.Va., is buying that.

“Americans know the inflation tax is real, and D.C. can no longer ignore the economic pain Americans feel every day,” he tweeted Wednesday. Axios then reported that Manchin may delay the BBB bill over inflation concerns.

That would be the right choice.

Coastal elites may look down their noses at those concerned about inflation. But this issue will matter when Americans go to the ballot box next November.