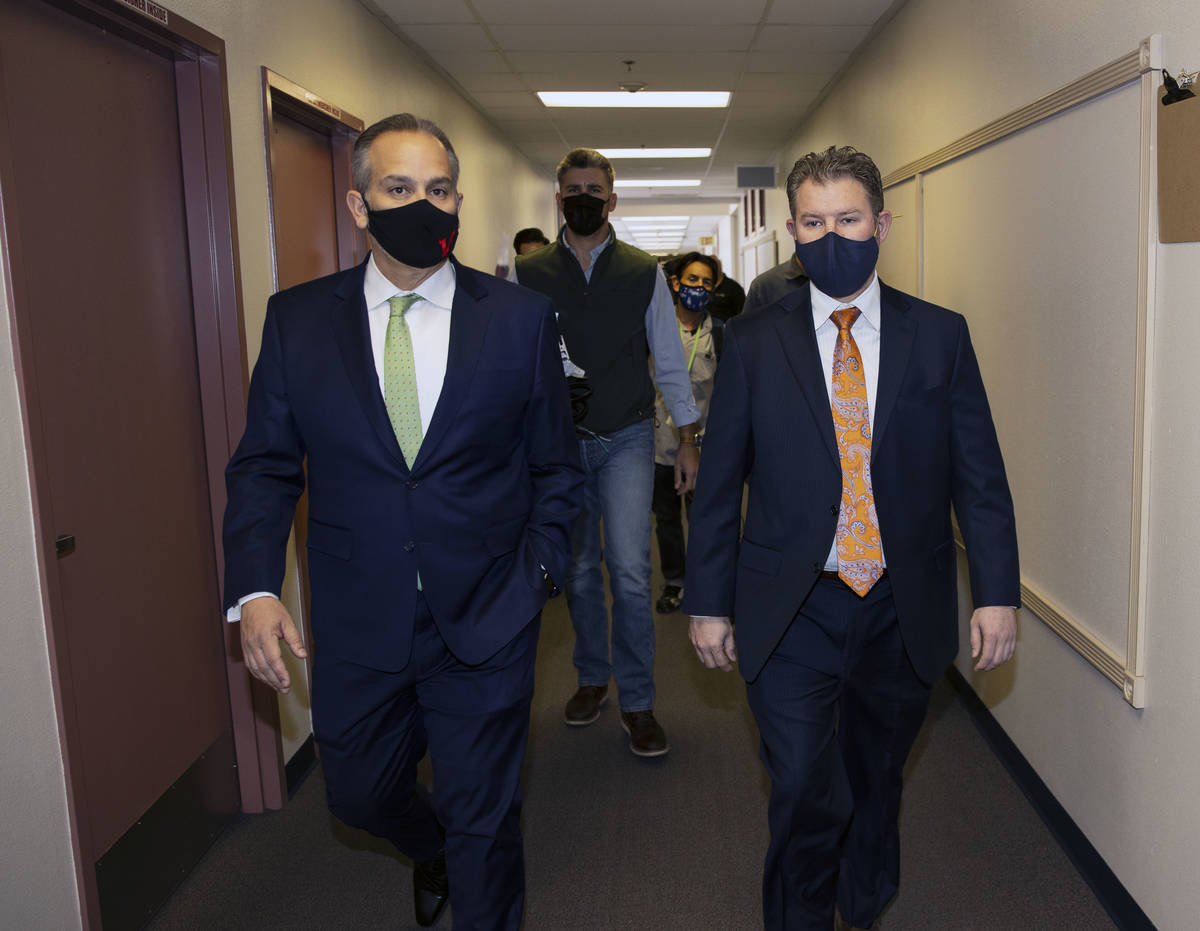 The academic devastation caused by a year of online learning can’t be repaired by summer school or tutoring. Students who failed to learn should repeat the grade they were just in.

That’s the best option for those children, even if it is inconvenient for adults.

Distance learning was a failure for many. The percentage of F grades given out doubled from 6 percent to 13 percent compared with fall 2019. Forty-one percent of elementary school students received an F last semester. That’s up from 32 percent in fall 2019, which is bad enough.

This learning loss is most problematic for early elementary school students. Up until the third grade, students learn to read. In fourth grade and beyond, they read to learn. There were plenty of problems pre-pandemic. In the 2018-19 school year, under 50 percent of third graders were proficient in English, according to the Nevada Report Card.

Imagine what the last year looked like for a third-grader. More than half likely weren’t on grade level when they started second grade in 2019. Then they missed the last quarter of second grade. Clark County School District Superintendent Jesus Jara acknowledged that “our kids didn’t learn” after schools closed last spring.

Best-case scenario for these struggling kids is that they entered third grade a half grade level behind in English. If they are fortunate, they’ll have gained half a year’s worth of learning with online classes. This means they’ll enter the fourth grade a year behind in their reading skills.

In all likelihood, many of these students will have regressed or made only minimal gains. This means thousands of students will be entering fourth grade two or three grade levels behind.

The announcement that the district will start some hybrid classes on March 1 is welcome. But don’t expect 20 days in the classroom to produce a year’s or two year’s worth of learning.

This is a disaster in the making. One out of every six students who aren’t proficient readers in the third grade doesn’t graduate high school on time. That’s a rate four times greater than proficient readers, according to a study by the Annie E. Casey Foundation. Statistically, students who drop out of high school are more likely to commit a crime, live in poverty and die earlier.

This can’t be fixed by summer school or the tax increase the teachers’ union will demand to fix the damage it caused by its previous efforts to keep schools closed. Tens of thousands of students need to repeat their current grade because they’ve effectively missed out on a year of learning.

There is some precedent for this. More than a dozen states have passed laws holding students, usually third-graders, back who can’t read at grade level. Researchers have found that retained students in Florida made “significant and economically substantial reading gains relative to the control group.” Florida also implemented interventions to help retained students.

Critics of retention claim it hurts student self-esteem. The research is mixed. A study from the RAND Corporation found retained fifth graders “did not report negative socioemotional effects.”

But in this case, retaining students isn’t a reflection on them. A global pandemic cheated them out of a year of school. Students didn’t fail. Distance learning did.

Advancing early elementary students without basic reading skills is a train wreck everyone can see coming. Retaining students who lost a year of learning — through no fault of their own — offers a better chance of getting them back on track.