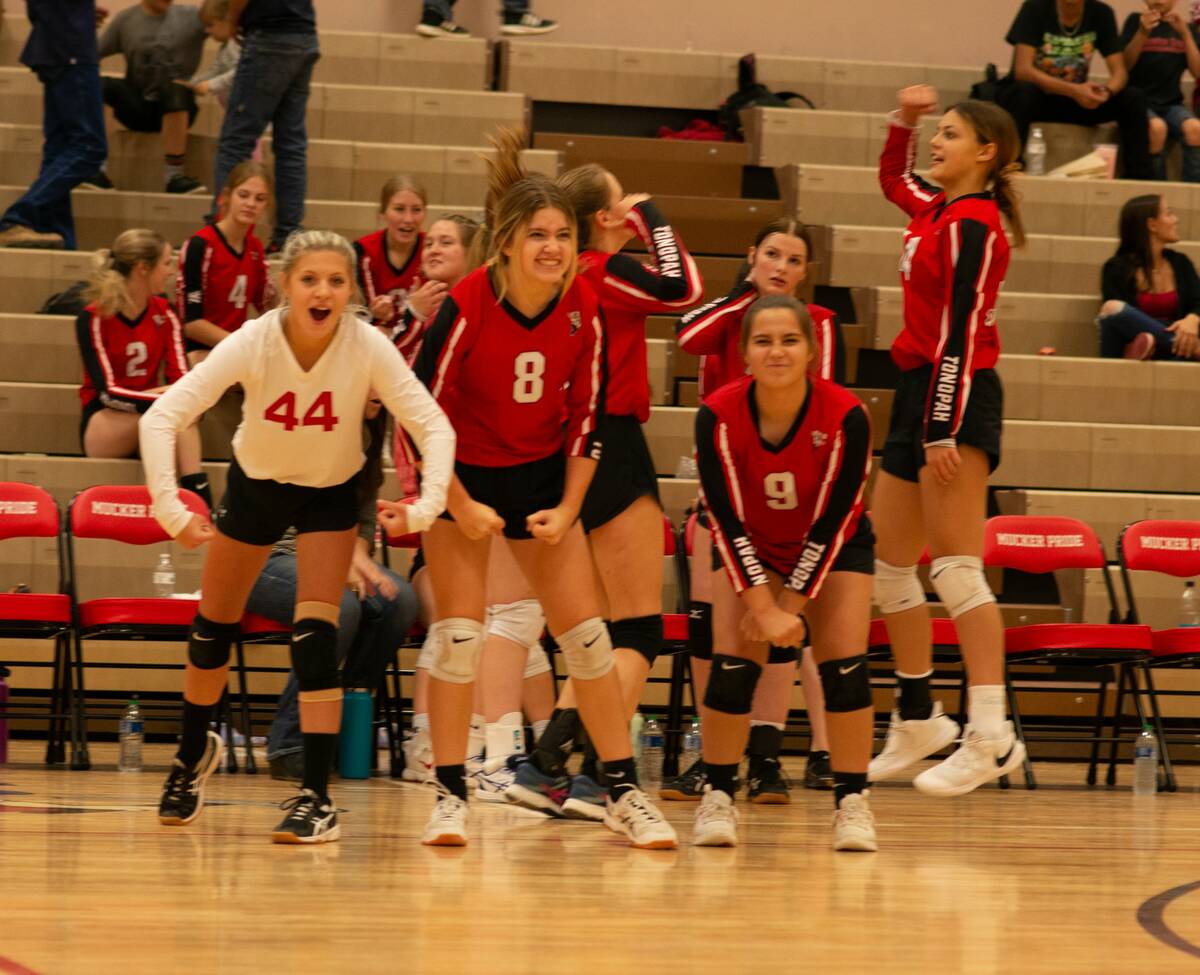 Arianna Seeber/Times-Bonanza & Goldfield News The Tonopah Muckers bench cheers on their teammates during their game against Virginia City on Saturday, Sept. 17. 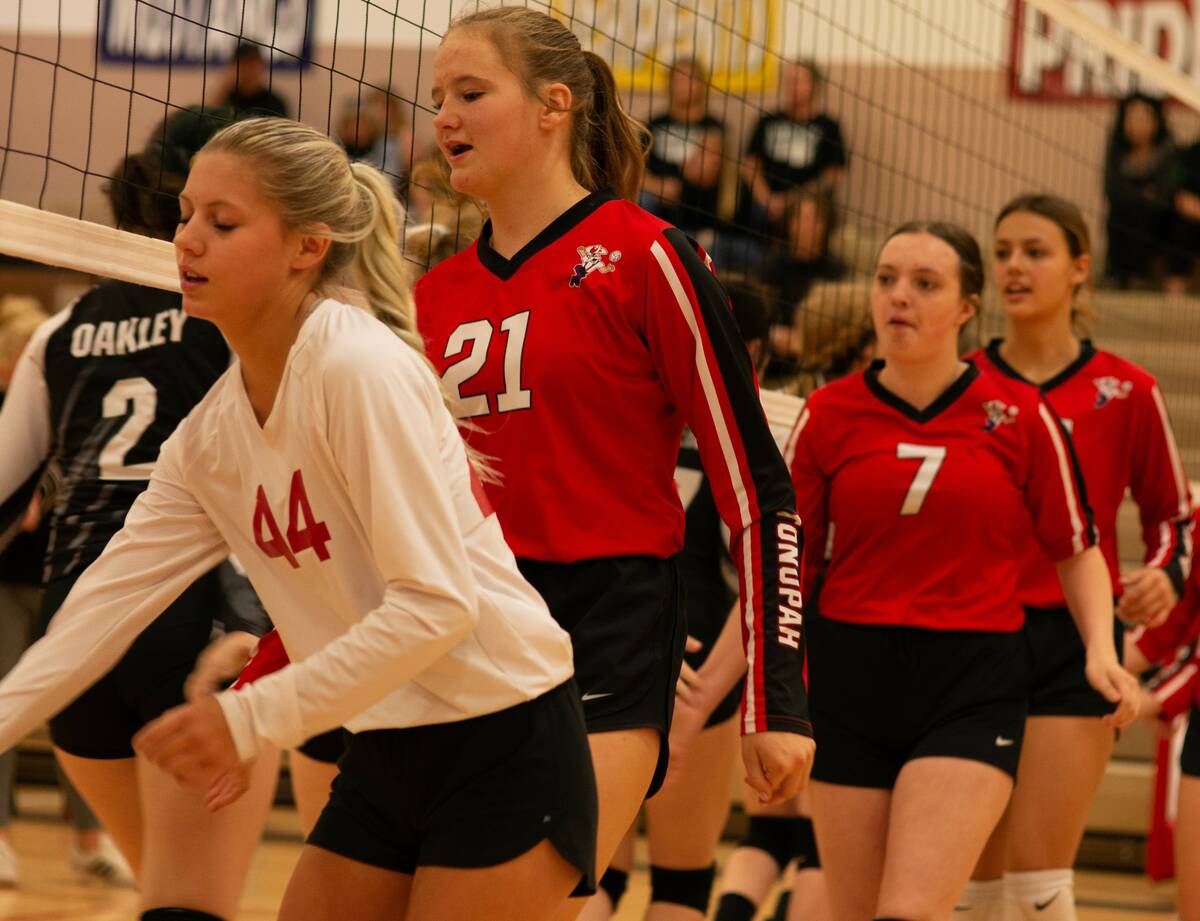 Arianna Seeber/Times-Bonanza & Goldfield News Tonopah shakes hands with Virginia City before the two schools squared off against each other on Saturday, Sept. 17.

With the win, the Lady Muckers ended their season-long three-game losing streak after just missing out on a win in a nail-biting loss to Virginia City on Friday night.

Tonopah looked to be in the driver’s seat against Virginia City on Friday after winning the first two sets of the match.

Unfortunately, the Lady Muckers of Virginia City were able to claw their way back into the game after taking the third and fourth sets.

These two teams were about as evenly matched as they could be. Through the first four sets, the total scores were 94-92 in favor of Virginia City.

Close game play continued into the final set; 15 points just wasn’t enough for these teams as they had to keep playing before either team could build a 2-point lead to get the win.

Ultimately, Virginia City was able to pull off the win by winning the fifth set 19-17.

In Saturday’s win, Tonopah held Lund to just 31 total points over the three sets, including just seven points in the first set.

Junior hitter Jenna Klapper had a team-high four aces along the way. Muns was second on the team with two aces.

With their win against the Mustangs, the Muckers’ record moves to 5-8-1 overall and 1-2 in league play.

Tonopah will hit the court again this Friday, Sept. 23, when they host the Smith Valley Bulldogs.

The Bulldogs are coming into the matchup with a season record of 11-3 and riding a three-game winning streak.

This will be a non-league matchup for the two schools. The game is scheduled to begin at 5 p.m.