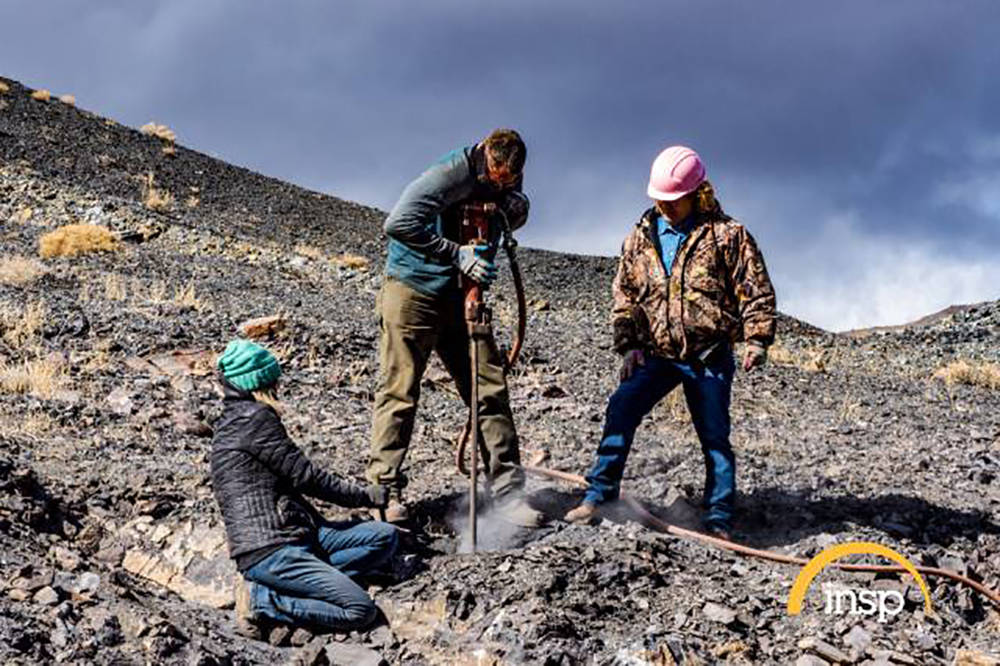 Photo courtesy of INSP Turquoise Fever follows the Otteson family as they mine turquoise in the rugged Nevada desert just outside of Tonopah. Emily Otteson, Tony Otteson and Donna Otteson are shown from left to right. 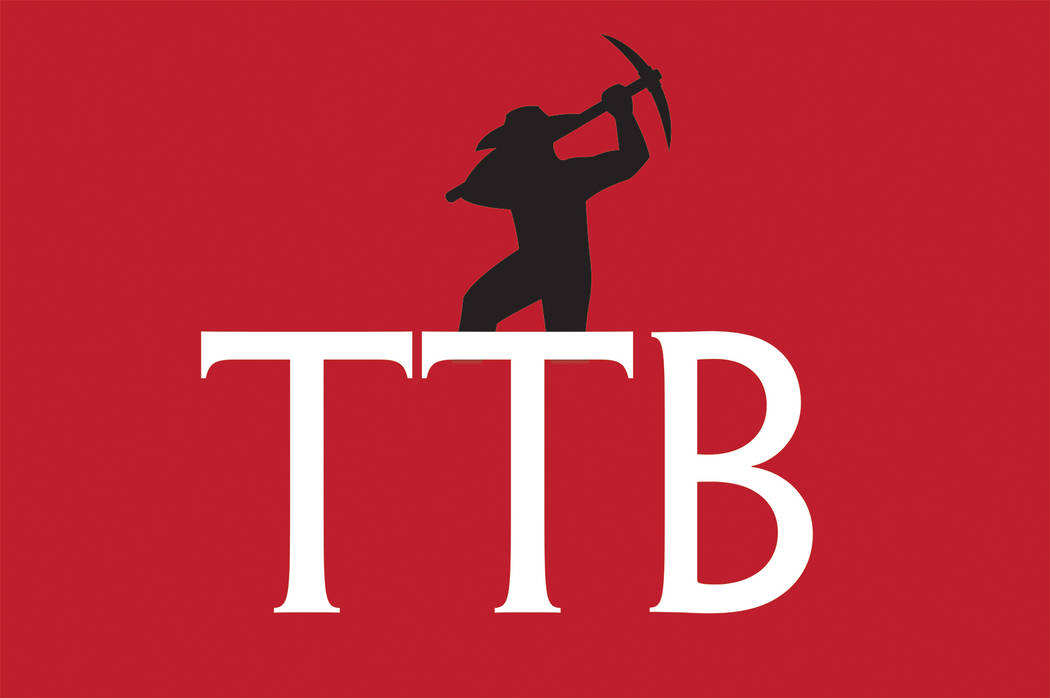 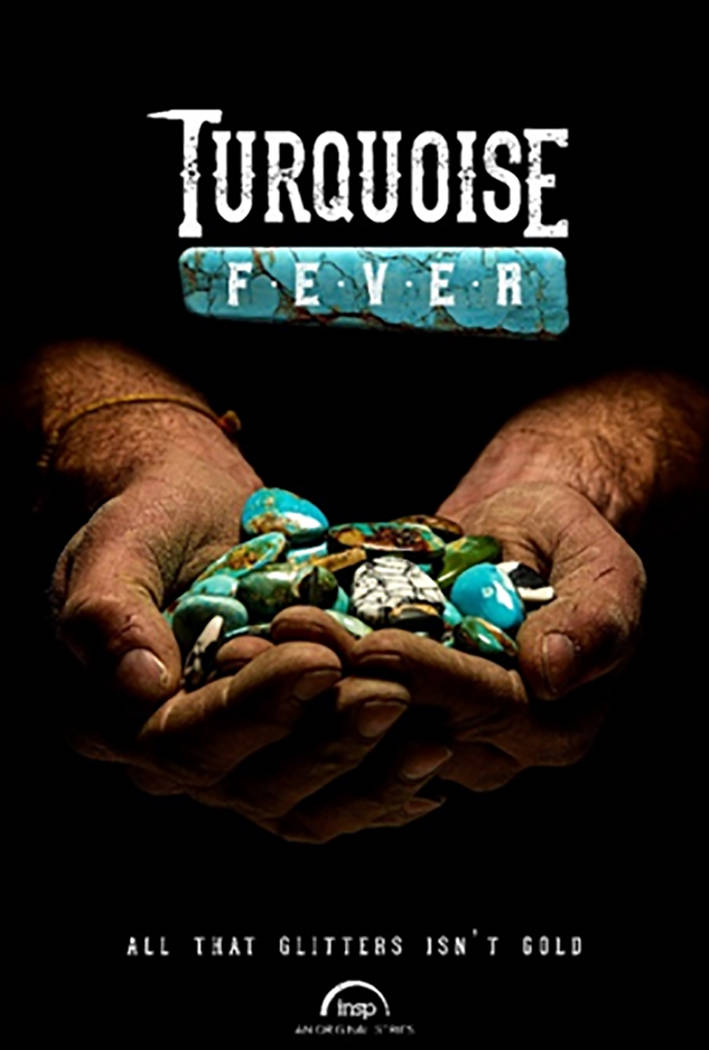 Photo courtesy of INSP To watch a promo video for Turquoise Fever go to bit.ly/2FG2Eqn on the web. 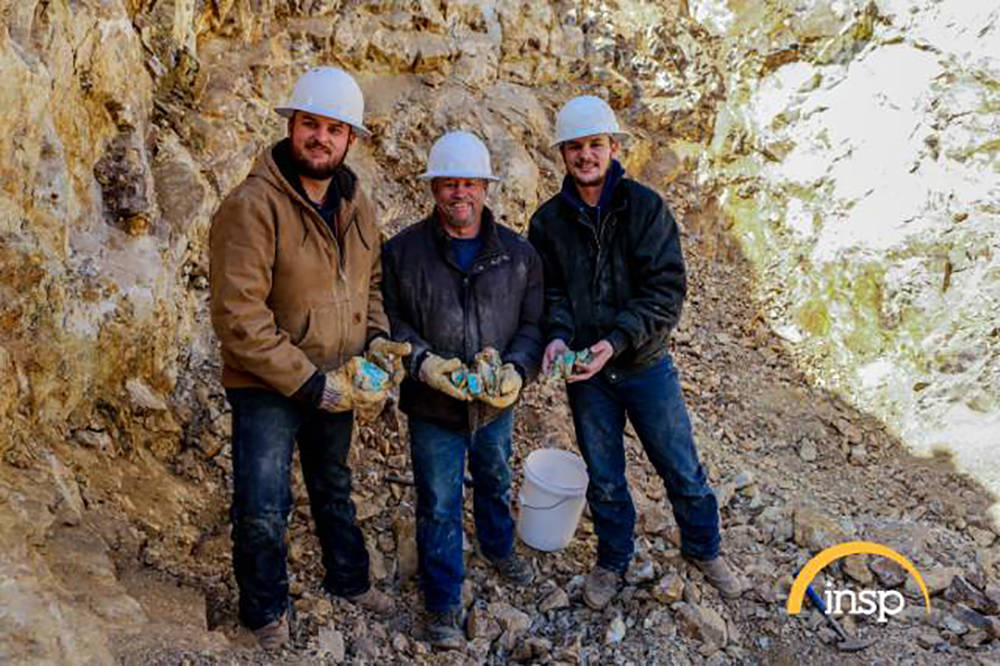 Photo courtesy of INSP The premiere of Turquoise Fever is scheduled for 6 p.m. Pacific Time Aug. 14th at on INSP. 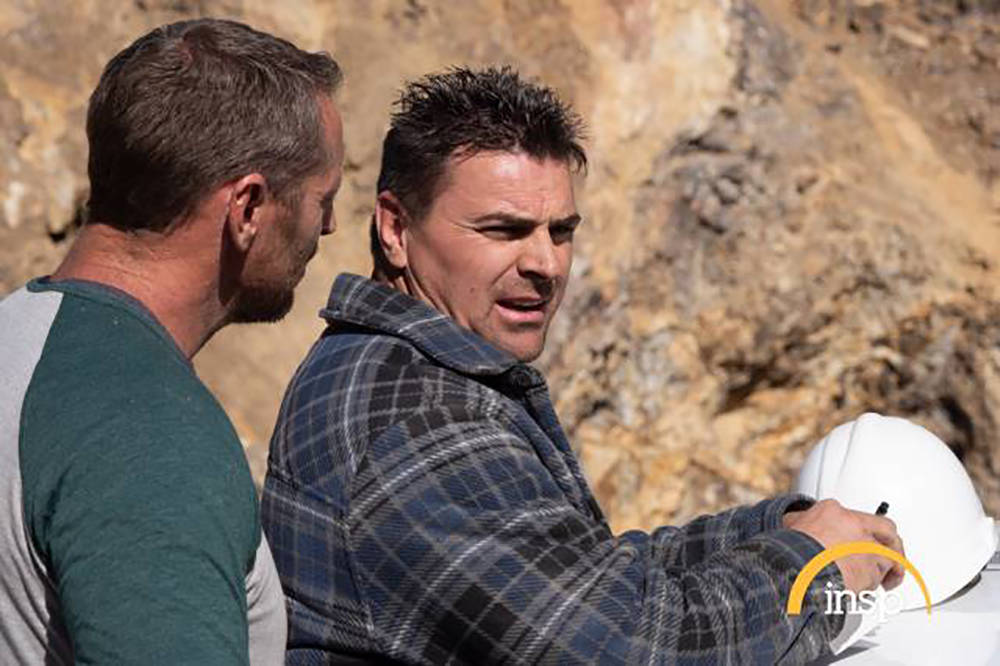 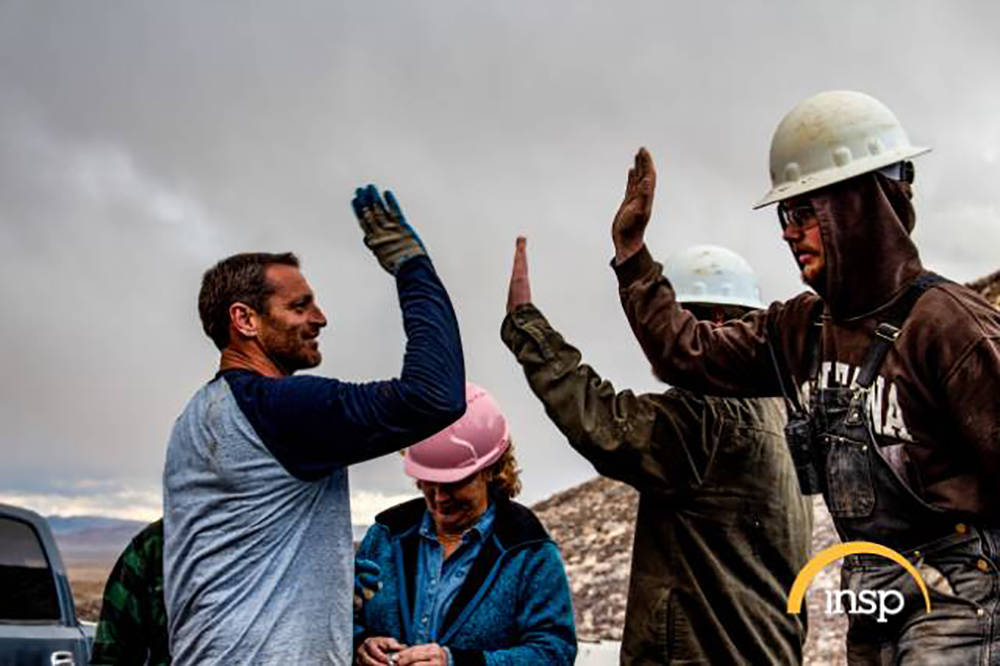 The Nye County family that has been mining turquoise for generations is featured in TV series that premieres later this month on the general entertainment television network INSP.

“Turquoise Fever” follows the Otteson family of Tonopah as they mine turquoise in the rugged Nevada desert just outside of Tonopah. The Ottesons have been mining in the area for three generations and they operate dozens of mines.

Tristan Otteson, a third-generation turquoise miner, who is learning the ropes of turquoise mining in the show while working under his dad, uncle, and aunt, said that he hopes the show will help the audience to understand all of the work that goes into the mining of turquoise.

“People see turquoise all the time, they see it in jewelry stores and everywhere, but nobody ever thinks, ‘How did that piece of turquoise get into that jewelry or where did it come from?’ What we want people to take from it is how hard of work it really is to mine this precious stone out of the ground and on top of that the beauty and the importance of turquoise to us and our family,” Otteson said.

Craig Miller, VP of original programming and development for INSP, said that while the Ottesons face unpredictable weather, treacherous terrain, and dangerous dynamite blasts, they have unearthed some of the most valuable turquoises in the world.

“It’s a rugged life, but it is the same type of quintessentially American story that is seen in INSP’s classic programs, such as ‘Little House on the Prairie,’ ‘Daniel Boone,’ and ‘Bonanza,’ in which families head off to the frontier in order to carve out a life for themselves,” Miller said.

Miller said that while turquoise is often thought of as a low-end stone sold at tourist traps, viewers are going to learn about its high quality and value.

“They ( the Otteson family ) are hopeful that they can continue to teach successive generations how to find turquoise in the vast desert landscape. To outsiders, it may seem like finding a needle in a haystack, but there is a fortune in turquoise buried under the sand and stone if you just know where to look,” he said.

But Turquoise Fever isn’t just about the technicalities and business of mining turquoise, it’s also about the legacy of the Otteson family.

The Ottesons have been mining turquoise in Nevada since Lynn Otteson staked his first claim in 1958. Now, the third generation of the Otteson family is mining some of the same lands that Lynn Otteson worked.

“The show will absolutely hold no punches. It is as down to earth and as real as it gets when we are out there mining turquoise,” Tristan Otteson said.

The concept was pitched to INSP by Silent Crow Arts in New York, Miller said.

“The producers at Silent Crow showed us some video of the Otteson family, and we were instantly taken in by the interesting characters, the beauty of the turquoise, and the stark desert setting. We air a lot of Western programming, and this has the look and feel of a modern-day Western. The Ottesons own horses and wear cowboy hats, they just wrangle rocks instead of cattle,” Miller said.

After completing the pilot in March 2018, INSP decided to do in-depth focus testing and research to further refine the concept, Miller said. The series was filmed nearly a year later over the course of 25 days in February and March of 2019. Along with the pilot, the series will launch with seven episodes.

Turquoise Fever will premiere on INSP on Aug. 14, at 6 p.m. Pacific time.