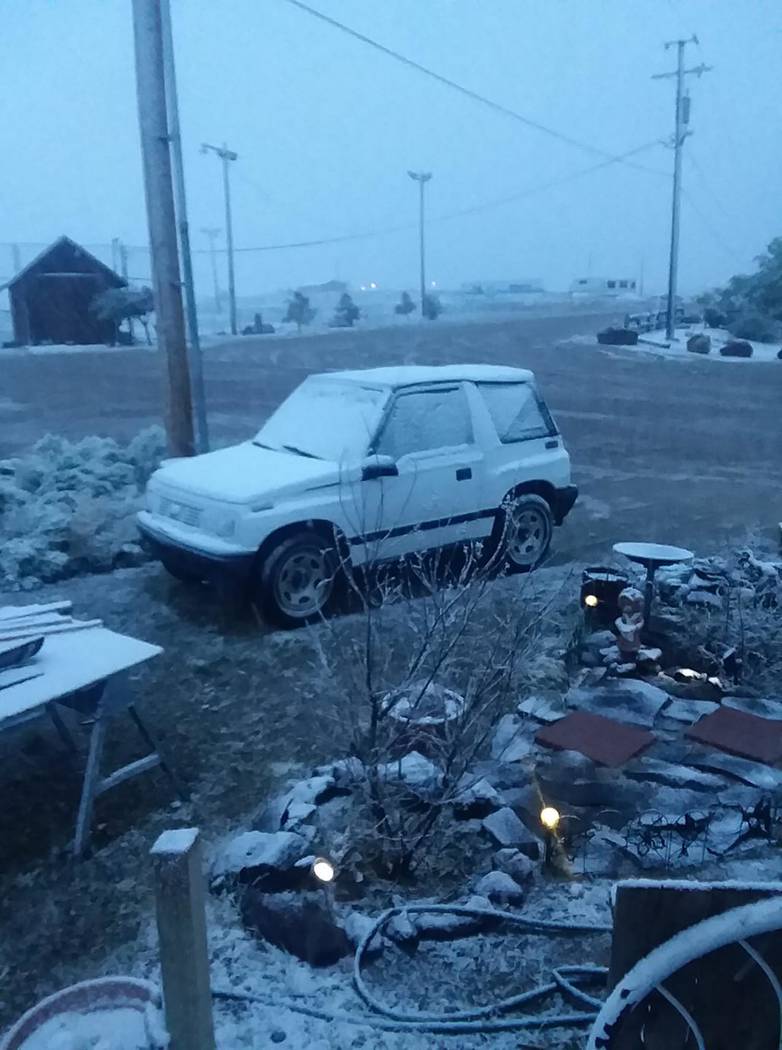 Teresa Doreen/Special to the Times-Bonanza Snow dusts an SUV in the Goldfield area on May 26 as shown in this photo. The storm moved through the West, including Nye and Esmeralda counties. 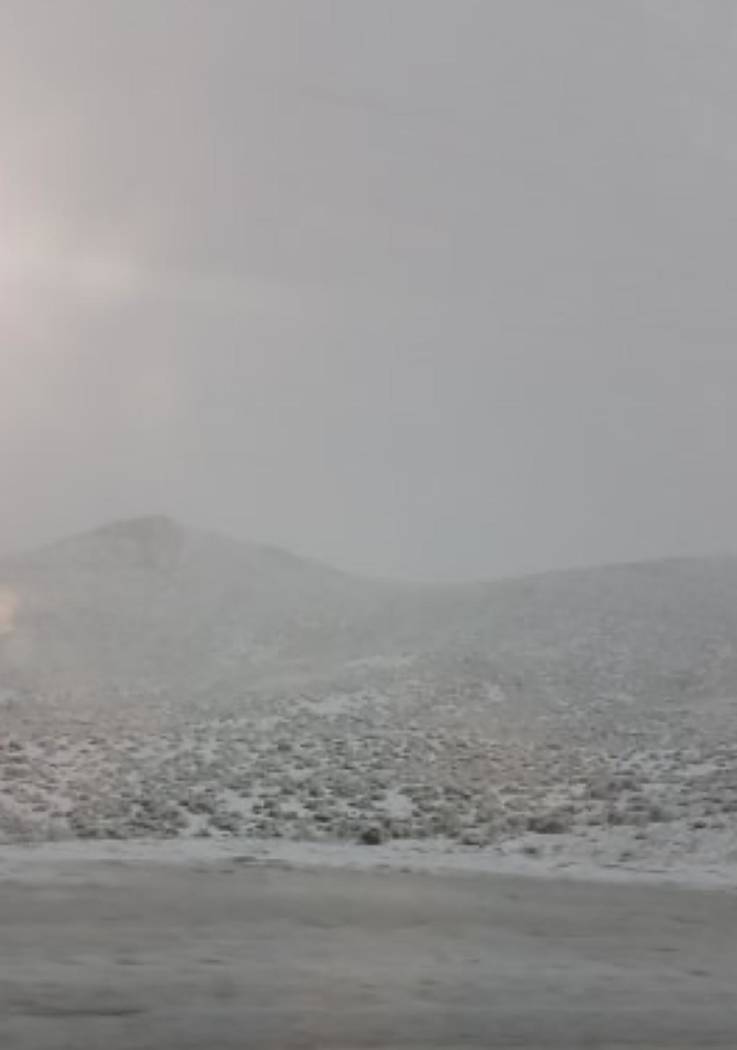 Vikki Beko/Special to the Times-Bonanza Snow covers a mountainside, desert and roadway coming into the Tonopah area along U.S. Highway 6 as shown in this Memorial Day photo.

Tabitha Browning Reid/Special to the Times-Bonanza Snow is shown in Tonopah on Sunday, May 26. A storm moved through that day and made for a white start to Memorial Day. By later on Memorial Day, the snow had melted from the site of this photo.

For the second straight week, the Tonopah community got hit by a late May snowstorm, the latest making for a white Memorial Day.

The storm moved in Memorial Day Eve, Sunday, May 26, and continued into the holiday that traditionally on the calendar marks the unofficial start of summer.

“Jim Butler Days finished up festivities there on Memorial Day after 3.2 inches of snow fell on Sunday!” the National Weather Service said in a Facebook post. “That is 25 percent of their ‘normal’ annual snowfall.”

Residents took to social media to offer their reaction to the storm that was part of a larger one moving through the West.

“When they ask, ‘Why do you want to move to the beach?’ Really……” Vikki Beko wrote in posting photos Memorial Day of snow covering the mountainside, desert and roadway.

Scott Rogers wrote of the snow, “You’ve got to be kidding me!”

The storm was a cold one too. The wind chill dropped to 24 the night before, the National Weather Service’s records show.

Wind gusts reached at least 36 mph Memorial Day morning with winds out of the north-northwest.

The weather service’s Elko office noted the timing of the snow in sharing Deborah Ann Ahern-Perchetti’s video of the snow.

“This year’s Jim Butler Days theme is “Cowboys and Ranchers: The Backbone of Nevada,” and they often must be out in ANY kind of weather!” its Facebook post read.

Ahern-Perchetti wrote in posting the video: “Snow in May…. always on Butler Days! Did you think it would be warm? Bwahaha.”

Temperatures are expected to rise in the coming days, reaching the lower 70s by Sunday.

“Showers persist Thursday (today) on into the weekend, however, warmer temperatures later in the week will likely result in increased afternoon and early evening thunderstorm activity,” the weather service said in a statement.

Similar conditions were forecast for the Goldfield region in Esmeralda County, where residents also reported snow in time for Memorial Day.

“Getting whiter … lol,” Teresa Doreen said in posting snow photos from Goldfield, including an image of a snow-dusted SUV.