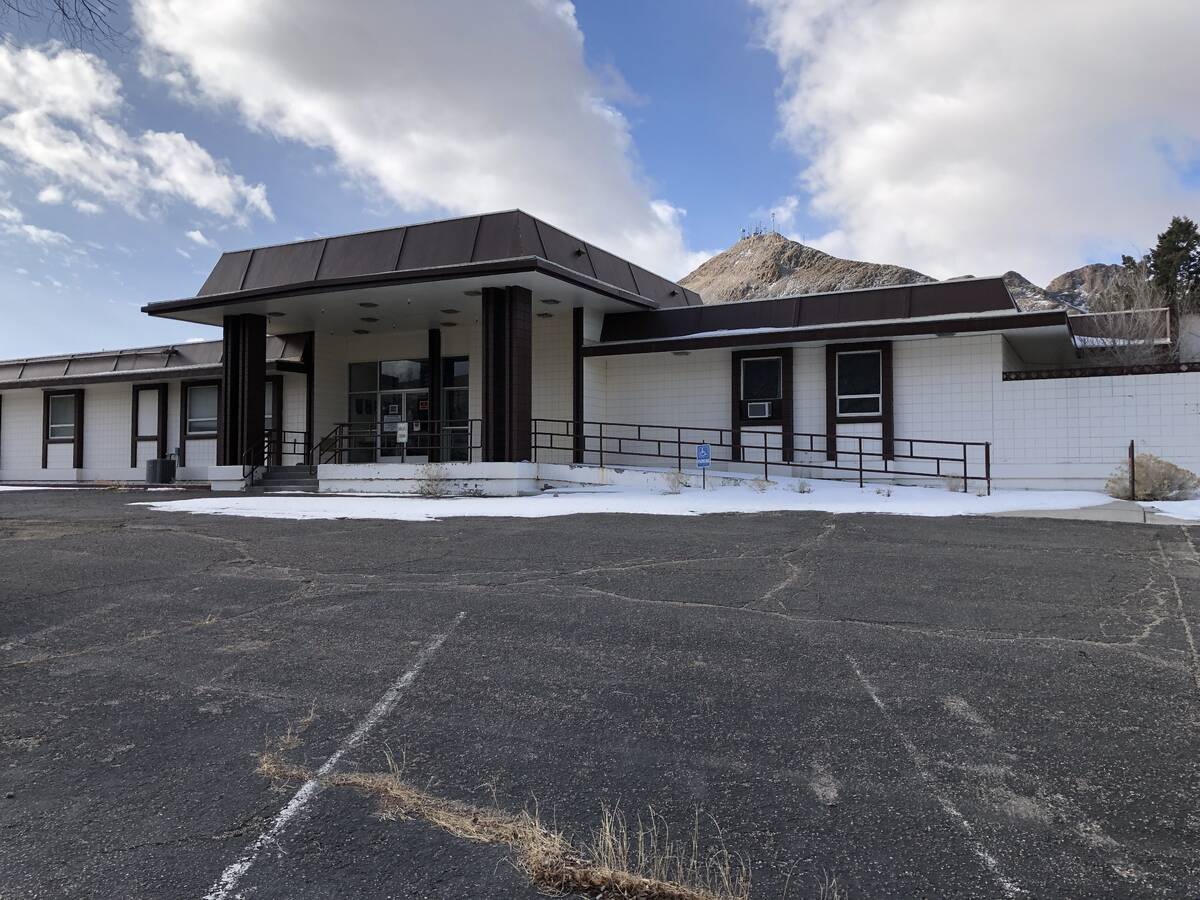 Tonopah is expected to build a new hospital to serve northern Nye County and other areas in the region. It comes after Reno-based Renown Health moved out and was replaced by Las Vegas-based Central Nevada Regional Care at the beginning of the COVID-19 pandemic in early 2020. (Charity Wessel/Times-Bonanza)

Tonopah is expected to build a new hospital to serve northern Nye County and other areas in the region.

It comes after Reno-based Renown Health moved out and was replaced by Las Vegas-based Central Nevada Regional Care at the beginning of the COVID-19 pandemic in early 2020.

During that time it was discovered that the hospital was not up to code. Its hallways are too narrow, the carpeted floors are non-sterilizable, and several other issues need to be addressed. About $1 million worth of renovations and amenities were added by the district, such as new floors, blood-testing and an X-ray machine. Despite the improvements, issues still persist and the hospital board has started the process of demolishing the old building and constructing a new facility.

Costs for the project haven’t been finalized. The new hospital would ideally provide services typical to an expanded urgent care, according to Dr. Russel Pillars, a consultant on the project.

It would be open 24 hours and be able to provide relief to a child with a fever, or stabilize patients who need to be airlifted elsewhere for more major treatments.

The Tonopah hospital is the only one of its kind for 100 miles and is the nearest hospital to the Tonopah Test Range.

This has sparked interest in supporting the hospital by military officials as well as government officials. U.S. Rep. Steven Horsford, Sen. Catherine Cortez-Masto and Sen. Jacky Rosen have expressed support for the hospital, according to Pillars.

While the hospital has allocated some of its own money, the board will seek out out grants and external financial support to fund this large project.

A USDA grant would be a big help but would exclude the hospital board from getting funding from any nonprofit developer.

Nevada is also bringing back a political practice called “pork” or “ear-marking” which allows lawmakers to tack on funding to bills that could support the project.

Pillars said the project may also be eligible for Community Development Block Grants, that the town typically uses for projects on Main Street.