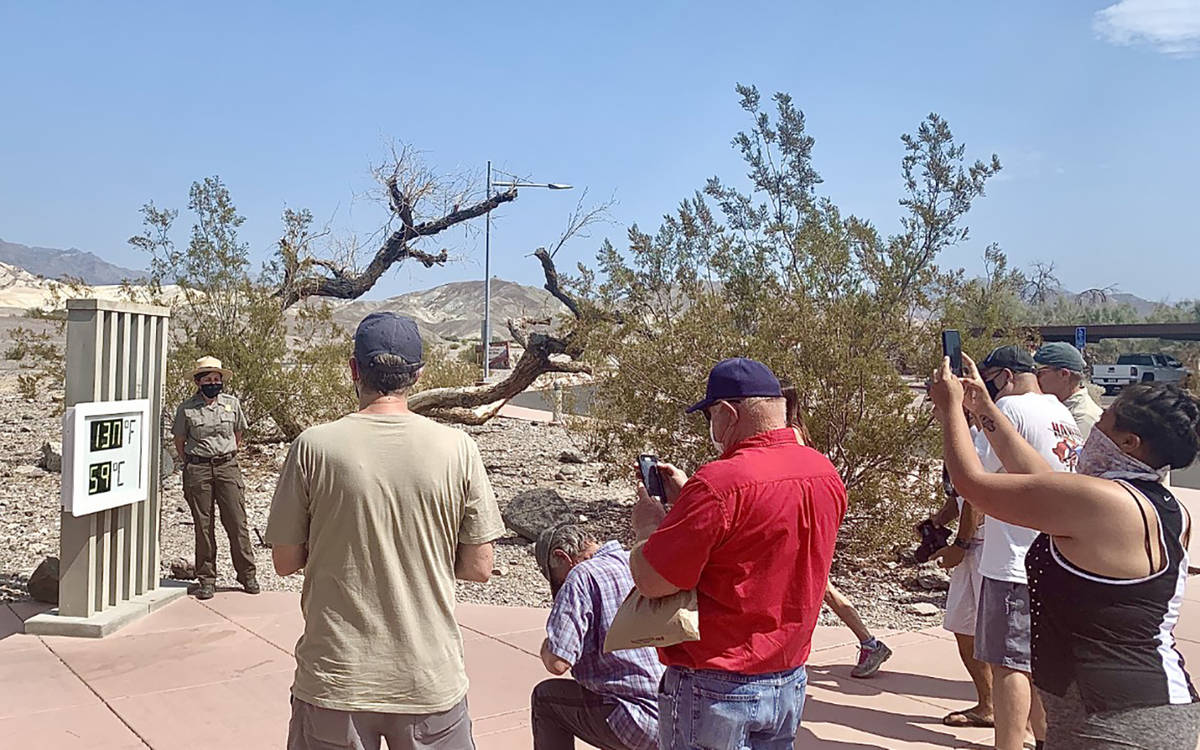 Pahrump and Tonopah broke multiple heat records over the weekend.

Tonopah tied its highest temperature on record on Friday and Saturday at 104 degrees, overtaking the record on Sunday at 105 degrees.

Pahrump, however, did fall short of its all-time record of 117 degrees, set back in 1924. Pahrump did make its fifth highest temperature on record on Saturday.

It should be noted that much historical data is unavailable for Pahrump and the weather station is not an official site for the weather service in Pahrump.

At the end of the hot nights and days this weekend, there was a show in the night skies as lightning was abundant for several hours and rain did fall for a short time in some parts of the Pahrump Valley.

Death Valley broke a daily record on Friday after hitting its 130-degree mark at Furnace Creek. The previous daily record was 129 degrees.

The long-running record of 134 still stands in Death Valley and has since 1913.

The reading is considered the hottest temperature on record.

For more information about Death Valley, head to www.nps.gov/deva

On Saturday, Las Vegas tied its all-time record high of 117 degrees but has yet to break it.

According to a summary on social media by the National Weather Service in Las Vegas, from July 7-12, Las Vegas broke three high temperatures and two warm low records.

Pahrump will stay in the triple digits in the coming days, but not near the record-setting level.

Wednesday will be sunny and hot with a high near 105 and a south wind of 8-10 mph. Thursday, the high temperature remains the same, but winds pick up and 18 mph gusts are possible.

High temperatures will remain in the low 100s for the rest of the week and into the weekend.